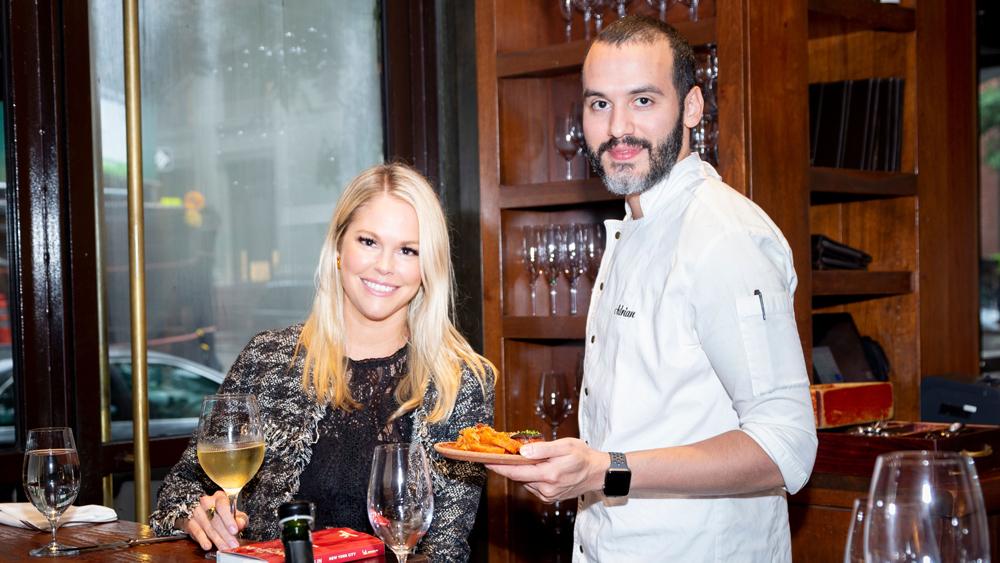 Two years ago, Ellen Hunter was in a dining rut. In her adopted hometown of New York, the 37-year-old jewelry designer kept finding herself at the same restaurants over and over again. When she arrived in the city in 2008 from Tennessee, where she grew up, she didn’t really consider herself and adventurous diner. But as she acclimated herself to the rhythms of the Big Apple and expanded her dining horizons, she knew she needed a change. And that’s when she got the idea: She would eat at every Michelin-starred restaurant in the city chronicle progress along the way.

“My blog, The Star Crawl, was born in June 2017 after a visit to Michelin two-starred Momofuku Ko, where I spoke with executive Sean Gray, a friend of mine. I told him about my idea, which he loved. The next day I bought the domain name,” Hunter said.

In the early stages of her quest, Hunter checked off several restaurants a week, committed to being the first diner to document a visit to all 74 starred spots in the city. It began with a flurry. Within 8 weeks she’d already visited 30 of the restaurants—from fried chicken and champagne at The Modern (her seventh stop) to indulging on upscale Spanish at Casa Mono (the 17th restaurant in her journey).

That’s when she slowed down and got strategic, planning how she’d secure some of the city’s toughest reservations, like at Eleven Madison Park and Atomix, which release reservations on a certain day each month. “I would set an alarm to remind myself to book a table,” Hunter says.

Hunter will admit, that when she started her star crawl, she’d consider her food knowledge limited. But the last two years have challenged her preconceptions and expanded her palate. “I now want to eat the sardine head first, the flower on the plate, the brains, the intestines—everything. I come alive when I taste something new, it’s almost like fireworks in my mouth,” she said. Chefs started taking notice, snapping pictures with her and cheering her on. “I was at Daniel last week and when chef Boulud came out he not only remembered who I was but congratulated me on my journey,” she said.

She shared every new notch on her belt through her blog and Instagram, building a 22K-strong following that to her surprise started looking to her for recommendations. To them she’ll sing the praises of more casual spots like Casa Mono—the restaurant she’s visited the most the past two years—and Thai food and beer at Uncle Boons. But Hunter can’t help but admit that her weakness is for classic French Fine Dining, especially from Eric Ripert’s three-star Le Bernardin. “As you can imagine, fine dining isn’t cheap, but I looked for star hacks—as I like to call it. I had breakfast at River Café, dined at the bar at Aquavit and took advantage of restaurant week prix fixe lunches,” says Hunter.

The journey concluded this summer at Masayoshi Takayama’s high temple of sushi Masa—the only three-star sushi restaurant in America. “I read about Chef Masa and his legendary omakase skills leading up to the visit. To me, it felt like a spiritual journey to get here—a pilgrimage of sorts—well worth the wait,” she said.

She’s decided that her journey isn’t actually over though. Hunter has her eyes set on the 18 Michelin-starred restaurants in Washington D.C., already hitting Sushi Taro and Kinship. And, of course, Michelin won’t let her stop. The new New York guide is expanding to Westchester County, meaning come later this afternoon, her trip begins again.