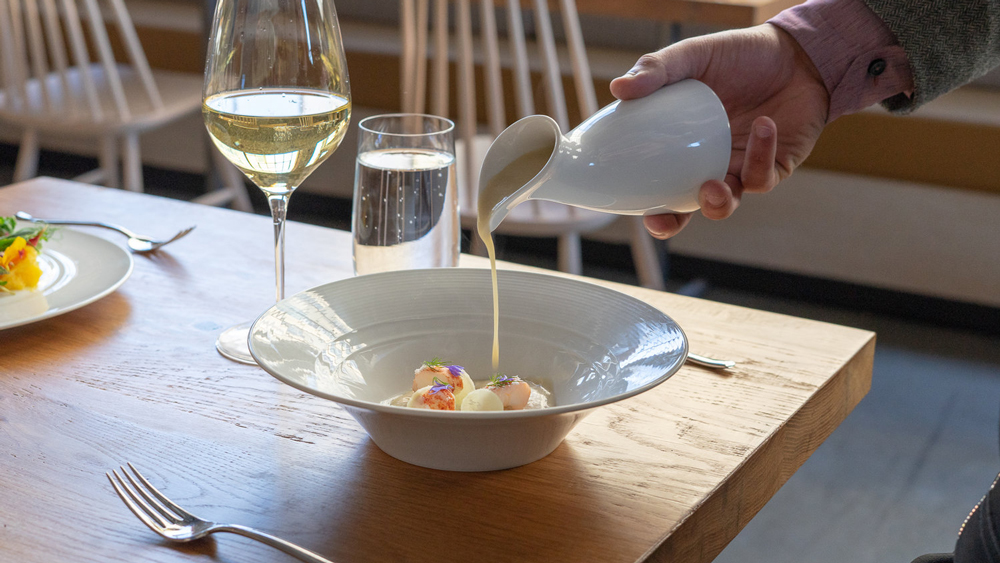 After last year’s guide saw a DC-area restaurant ascend to three Michelin stars for the first time with the Inn at Little Washington nabbing the honor, this year, anything short of that was going to be a bit of a letdown. The tire-maker-turned-gourmand-grader released its new guide for the nation’s capital today, and it didn’t elevate any restaurants to its two-and three-star upper echelons.

Patrick O’Connell retained his three stars for Little Washington, Aaron Silverman stands pat at two stars for Pineapple and Pearls, while José Andrés fails to get a third star for his modernist restaurant Minibar (though, Andrés seems pretty focused on the much more important mission feeding people when a natural disaster strikes, like his recent work with World Central Kitchen in the Bahamas).

The list wasn’t totally stagnant this year. Four establishments in Washington, DC, notched stars for the first time: the modern-American Gravitas; the café by day and tasting menu by night Little Pearl; the Middle Eastern restaurant featuring live-fire cooking, Maydan; and New York import Sushi Nakazawa. A pair of restaurants lost their star this year with Blue Duck Tavern dropping out of the guide and Siren closing earlier this year.

With Little Pearl’s star, Silverman completes his hat trick of sorts, earning a Michelin star for his third restaurant after having two with Pineapple and Pearls and one at Rose’s Luxury.

Sushi Nakazawa may be new to the DC guide, but is no stranger to Michelin. Daisuke Nakazawa’s original New York location already enjoyed one star. In 2018, he expanded to DC, taking up residence in the Trump Hotel after Andrés and Geoffrey Zakarian pulled out ahead of the 2016 election.

The restaurateur behind the Nakazawa, Alessandro Borgognone, didn’t make many friends in the nation’s capital when New York magazine asked him ahead of opening what his competition would be and he responded, “We don’t have any. I don’t know if I’m using the right words. I don’t sound humble. But I am. It’s just, you know, can you name an amazing sushi restaurant in DC?” Borgognone said. “With DC, I had reached a point where I saw so much bad that I was actually looking for the good. I couldn’t find it.”

Michelin agrees with Borgognone that Nakazawa is good, but with 17 other restaurants making the guide—including another sushi restaurant—there does seem to be competition in DC for Nakazawa after all.

Here is the full list of Michelin star recipients for the Washington DC 2020 guide: