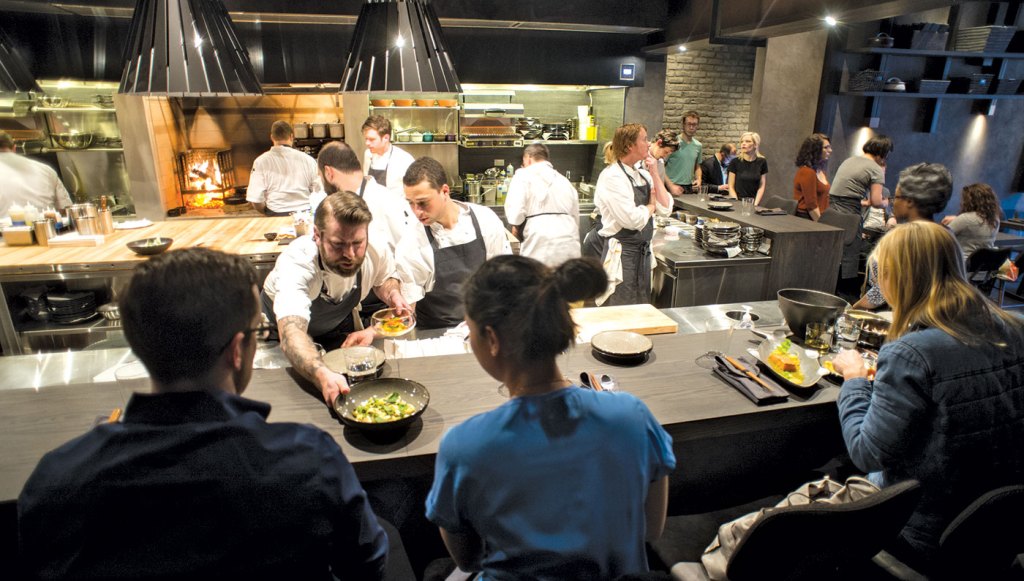 Last year, Chicago had a dismal showing in when Michelin released its guide for the Windy City. Three-star Grace had shuttered, two-star Sixteen dropped out of the guide after reimagining itself (turns out people didn’t want to pay a premium to dine in Trump Tower) and Danny Meyer’s had GreenRiver closed its doors too. The city seemed to be shedding stars left and right.

Today’s announcement by the tire-company-turned-foodie-travel-companion is a little brighter. Five restaurants made their debut in the guide: Kikkō, Mako, Next, Omakase Yume and Yūgen each notched one star. For Mari Katsumura, she and her team have led Yūgen to a Michelin star in the same space where Curtis Duffy had ascended to three with Grace.

The recognition for Grant Achatz’s Next has been a long time coming. Despite wowing critics for years, Michelin continually overlooked the restaurant because it not only overhauled the menu each quarter, it actually changed the theme of the restaurant. So you may go to Next and it’s channeling Nouvelle French and return to find it’s featuring José Andrés’ molecular dishes. Michelin inspectors regarded this as too inconsistent to recommend the restaurant to its readers, but with this edition of the guide, it finally came around. It wasn’t all great news for Achatz: his more casual restaurant, Roister lost its star in the aftermath of chef Andrew Brochu departing.

Despite the better results this year, the upper reaches of the list, as expected, didn’t change. Alinea remains the lone three-star restaurant in town, while Acadia, Oriole and Smyth are the Windy City’s only two-star selections.

Chicago—through its chefs, diners and investors—has largely settled into a populist era, where restaurants are striving less for the expense of two- and three-star tasting menu-driven restaurants, but more for a la carte fare that usually has a one-star ceiling. That doesn’t mean eating in Chicago isn’t great. It’s home to one of the best neighborhoods for dining in America—the West Loop—and there are exceptional restaurants where a Michelin star still eludes them, like Monteverde and Bellemore.

There is one restaurant on the horizon that has ambitions of scaling the heights of Michelin’s star system. Duffy is currently plotting his follow-up to Grace, called Ever, which is projected to open in 2020 and could end up being the most expensive dinner in Chicago.

Here is the full list of Michelin star recipients for the Chicago 2020 guide: