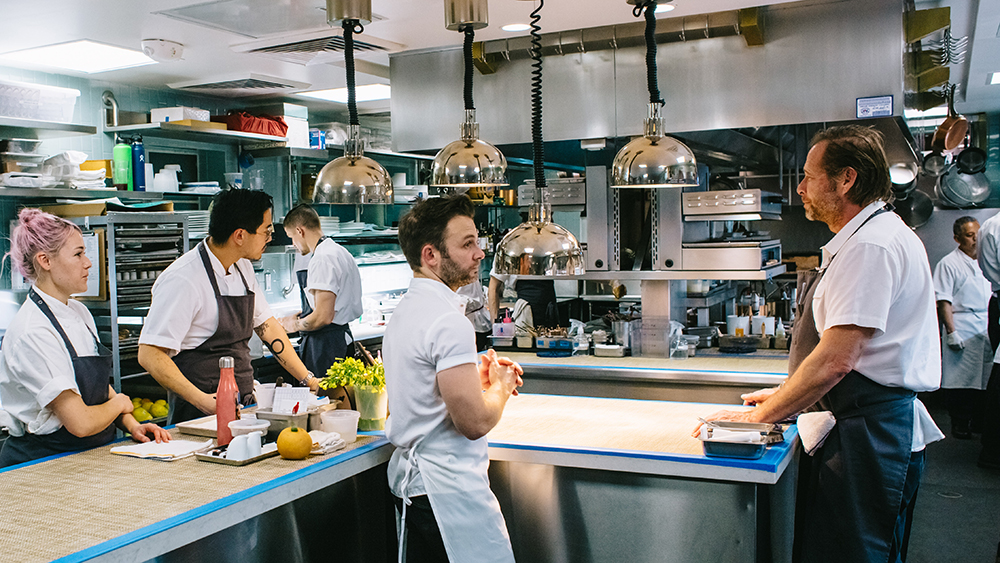 In August, chef David Kinch announced he’d leave Manresa, the restaurant he’d founded and guided to Michelin three-star glory. His pending absence left the future of the Los Gatos, Calif. Institution up in the air, but Kinch has now made the fate of Manresa known. His final shift will be Manresa’s swan song, too.

Kinch will close Manresa on January 1 and is planning to serve his tasting menu ($595 per person plus $255 for an optional wine pairing) throughout December with reservations for the month going live on November 14. On New Year’s Eve they’ll do a final celebratory menu for $725 per person.

Manresa first opened in 2002, notching two Michelin stars in 2007 and earning the third in 2016, which it has kept ever since. It’s cliché to say a chef embraces farm-to-table, but David Kinch has been a pioneer in developing vegetable-centric, contemporary California cuisine. Utilizing the bounty of Golden State produce, he’s inspired by the region around the Bay Area restaurant, making dishes like Tidal Pool that mimics the rocky coasts of Northern California. It’s a rich broth that poaches a raw slice of foie gras and is accompanied by uni, butter clams, mussels, oyster, pickled kombu, toasted nori, and shitake mushrooms.

Manresa’s influence can also be measured in the alums who have left to go on to build successful restaurants of their own, including James Syhabout of Michelin two-star Commis in Oakland; Jeremy Fox of Michelin-starred Rustic Canyon and Birdie G’s in Santa Monica, Calif.; Josef Centeno of Orsa and Winston in LA; and Aisha Ibrahim, the first female chef to lead Seattle’s storied restaurant Canlis.

But in the middle of the pandemic, Kinch became vocal about rethinking the restaurant industry and how it should function after it reopened fully from Covid-19-induced shutdowns. He spoke up about racial and gender inequality, poorly run work environments, the need to eliminate tipping to create more wage equality and he hoped this would be a time for restaurants to rethink their old ways. “It’s an enormous opportunity to create the industry we want that actually works for us; that works for everyone involved,” Kinch told Robb Report in 2020. “That may be a pipe dream.”

And he also saw a market correction coming for restaurants, calling the “Golden Age” of restaurants we’ve recently lived through to actually be a “Gilded Age,” that would soon show tarnish. “In the last several years, what people call the golden age has become a bit bloated,” Kinch said. “You had lots of fancy restaurants and lots of concepts and a lot of people involved who are probably new to the industry and there’s a shakeout. I just thought that there was a lot of—for lack of a better word—baroqueness in the restaurant scene. And every once in a while, there’s a big flushing and everything is made lean again.”

Kinch isn’t leaving restaurants though. He’s turning his attention instead to his more casual restaurants the Riviera-inspired Mentone, the New Orleans-themed Bywater and Manresa Bread. He’s hoping that leaving the intense pressure of Michelin three-star cooking behind will help give him more balance in his life and a chance to pursue interests outside of his career.

“Since the announcement of my forthcoming departure, I’ve been overwhelmed by the support from my team, industry colleagues and our guests—all encouraging my pursuit of new adventures. Our team is immensely talented, and I can’t wait to see what they do next.” Kinch said in a statement “I would be remiss not to express my sadness, and the magnitude of closing the doors on January 1 after all that we’ve accomplished. But 20 years is a damn good run, and it’s going to be one hell of a New Year’s Eve party.”