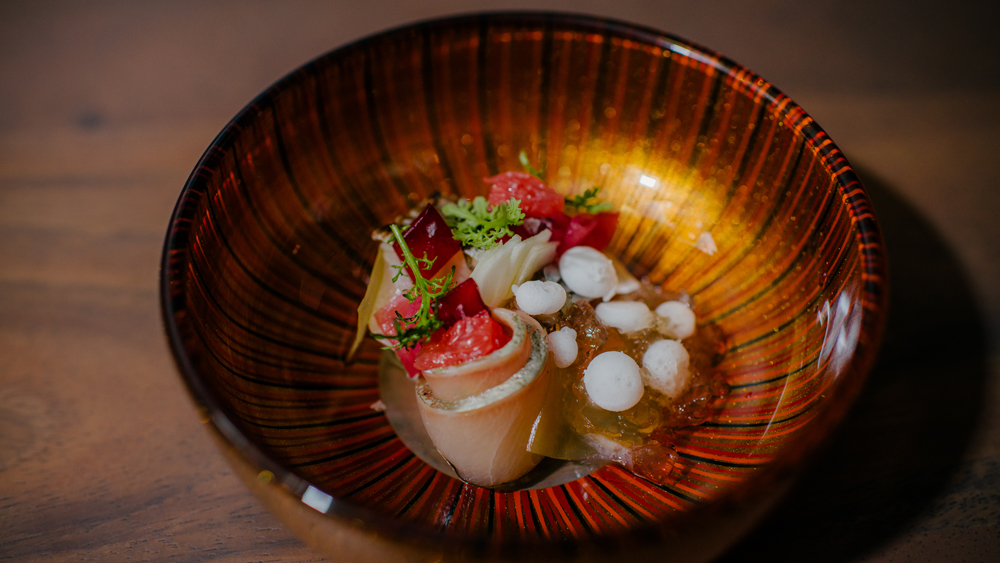 Two years after Michelin unveiled its first-ever all-California guide, the gastronome bible is back from its pandemic-induced hiatus. Southern California had waited a decade for a chance to notch its first three-star restaurant, but the only news the 2019 edition made at its highest tier was the demotion of Saison after Laurent Gras took over for Josh Skenes. While the 2021 guide features 22 new one-star restaurants and five more two-star establishments, California will have to wait for a new place that Michelin deems to have “extraordinary cuisine, worth a special journey.” Perhaps one of the state’s 16 two-star restaurants will ascend in a year’s time.

Unfortunately, the Golden State did lose a three-star restaurant this year. With the Restaurant at Meadowood burning down during the Glass Fire, Michelin removed it from consideration. However, Christopher Kostow is rebuilding the restaurant and has been doing a North American tour in the lead-up to reopening. And when Thomas Keller posted on his Instagram stories that night that The French Laundry’s service would be in honor of his fellow three-stars in California, he counted Kostow’s restaurant among them.

For now, there are six Michelin three-star restaurants in California, and all of them clustered in the Bay Area. Here are the six.

Better late than never. Since opening in 2011, chef Dominique Crenn has put out a soulful, artistic take on modern French fare. After sitting at two stars for years, Michelin has finally awarded Atelier Crenn a third. The guide wrote that “The current menu displays a wonderful balance of grace, artistry, technical ability and taste.” With the honor, Crenn became the first woman to run a Michelin three-star restaurant in America. Not only that, her newest restaurant Bar Crenn—an ode to classic French gastronomy—picked up a star in its first year of eligibility. In 2019 she announced that she would take the meat off of all her menus—seafood would remain—because of Crenn’s concern about the environmental impact of animal agriculture. However, this past summer she announced meat would return to Atelier Crenn’s menu for the first time since 2018 because she would serve lab-grown chicken once it passed FDA approval.

Among his peers, chef Corey Lee is highly revered. “The first time I ate Corey’s food was at the French Laundry when he was chef de cuisine,” Crenn says. “I could taste the talent behind the food. What I love about Benu is he celebrates where he’s from—Korea—and he communicates that in a very special way.” Praised for his technical ability and refinement of dishes, Lee’s Benu earned its third star in the 2015 guide. Lee has merged flavors from Korea, China and Japan with techniques he honed as the French Laundry’s chef de cuisine for four years. The result is a lauded tasting menu that will feature dishes like an oyster with pork belly and kimchi; or smoked quail, lilies and fermented pepper. Like his counterparts, Lee prepared takeout during Covid-19 closures. However, he used that opportunity as a testing ground for his forthcoming Korean restaurant San Ho Won.

Around since the early 1900s, the French Laundry was transformed by Thomas Keller into a leader of American fine dining after taking it over in 1994. Rooted in his love of French food and technique, the nine-course menu features dishes like a cauliflower velouté with toasted marcona almonds, john dory with creamed black trumpet mushrooms, squab with sunchokes, and venison with caramelized Brussels sprouts. “The French Laundry showed the importance of nostalgia in food,” says James Syhabout of two-star Commis in Oakland. “It traces what triggers you to take you to that same place when you first had a dish and it made you so happy. That’s all that matters sometimes about food.” One of the greatest testaments to the French Laundry’s influence has been the sheer number of alumni who have opened acclaimed restaurants of their own, from Grant Achatz’s Alinea, to Corey Lee’s Benu, to Rene Redzepi’s Noma, to Jordan Kahn’s Vespertine. Like his idol Paul Bocuse, Keller has created a proving ground for exceptional chefs.

It’s cliché to say a chef embraces farm-to-table, but David Kinch has been a pioneer in developing vegetable-centric, contemporary California cuisine. Utilizing the bounty of Golden State produce, he’s inspired by the region, making dishes like Tidal Pool, which mimics the rocky coasts of the Bay Area. It’s a rich broth that poaches a raw slice of foie gras and is accompanied by uni, butter clams, mussels, oyster, pickled kombu, toasted nori and shitake mushrooms. His influence continues around California with alums opening their own outstanding restaurants, like Syhabout at Commis, Jeremy Fox of Birdie G’s in Santa Monica and Josef Centeno of PYT in Los Angeles. Another fire at Manresa shut the restaurant down last year, as it had three years ago, but Kinch has bounced back again to reopen his flagship. Now, he’s expanding the Manresa name even further, with head baker Avery Ruzicka creating the exceptional bakery and café Manresa Bread and then opening Mentone during the pandemic.

Chef Michael Tusk has combined his love of Northern Italian cuisine with his surrounds in Northern California to evolve classics like tortellini into modern American fare. Opened in 2003, Quince earned its third Michelin star in the 2017 guide. As with fellow pillars of contemporary California cuisine in the Bay Area, Quince is devoted to sourcing the best product. Tusk has created a partnership with Fresh Run Farm—an early adopter of organic farming—to grow heirloom fruits, vegetables and flowers exclusively for the chef. In 2011, after six straight nominations, Tusk won the James Beard Award for Best Chef: Pacific, for his work at Quince and his rustic Italian restaurant Cotogna. Earlier in 2019, Tusk and his wife Lindsay also opened their French-inspired casual wine bar Verjus. For the pandemic, Michael and Lindsay moved Quince temporarily to Hudson Ranch about an hour outside the city and served a simplified menu driven by the produce around them.

Husband and wife duo Kyle and Katina Connaughton wanted to open more than just a restaurant when they debuted SingleThread in Sonoma in 2016. From the inn above the restaurant to the farm to the 11-course tasting menu, the two create an immersive and comprehensive experience. The Japanese-inflected food is informed by Kyle’s time as a chef around the globe. Among many stints, he worked at the famed chef Michel Bras’ restaurant in Hokkaido, Japan, made pastries at Wolfgang Puck’s Spago in Beverly Hills; and led the research kitchen at Heston Blumenthal’s temple of molecular gastronomy The Fat Duck. When the pandemic shut them down last year, Connaughton switched to a takeout menu, but also partnered with local nonprofit Sonoma Family Meal to make meals for those in need in their community. The couple are also going to open a new restaurant in Healdsburg: Little Saint will serve an a la carte, meat-free menu inside a Ken Fulk-designed space.