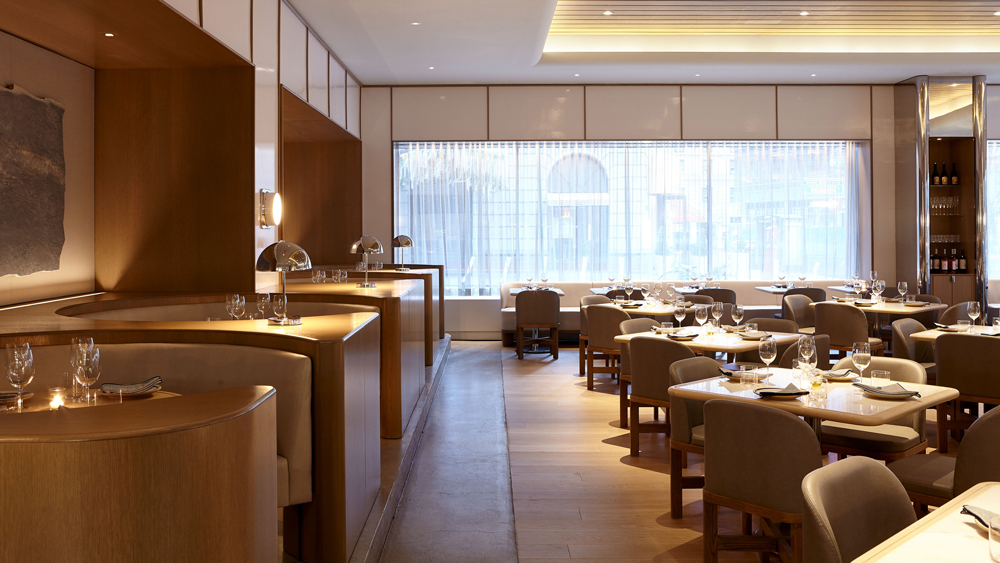 New York City is almost in full swing again. Brooklyn is bustling, the sidewalk cafes of the West Village are alive with regulars, lines snake outside Gramercy restaurants on Sunday mornings and tourists have even been spotted in Soho.

But as the city reawakens from its pandemic-induced slumber, one neighborhood has kept hitting the snooze bar. Midtown Manhattan is taking longer to fully reopen, with many of its hotels, vaunted fine dining spots and offices remaining shuttered or at limited capacity since March 2020. Walking around the 40s and 50s can feel eerily quiet at times, and the middle stretch of Broadway has lately been prone to biker gangs speeding down the avenue after 6 p.m. But every week brings more reopenings and openings.

“We continue to see our vibrant district come back to life, with approximately 138,000 pedestrians per day, which is the highest count since the start of COVID-19,” said Tom Harris, Acting President & Chief Operating Office of the Times Square Alliance in a statement on May 3, which also reported 175 businesses having recently reopened.

It’s not surprising that Midtown has suffered more than most neighborhoods. Upper and middle Manhattan emptied out last spring and summer as people fled for more open space, and offices housed in Midtown’s skyscrapers closed as working remotely became the norm. According to a recent report by Cushman & Wakefield, the amount of office space leased in Q1 2021 showed a decrease of 25 percent year-over-year in Midtown and the overall vacancy rate increased to 16.8 percent in Midtown. Office occupancy rates in New York City are still below 20 percent, according to data from Kastle Systems, an office security firm, although they are on an upward trend now.

Another main reason people go to Midtown—to see a Broadway show—has also disappeared, with theaters remaining dark until September, per a recent announcement by Governor Andrew Cuomo. Without office workers and tourists, Midtown’s restaurants have lost their main customers.

“Restaurants in Midtown Manhattan have been hit particularly hard by the pandemic and face a long road to recovery because many office buildings are still at less than 15 percent occupancy, Broadway’s lights have yet to return, and we’re still a ways off from the nearly 70 million annual tourists returning and eating at our restaurants and drinking at our bars,” says Andrew Rigie, executive director of the NYC Hospitality Alliance.

And yet, there is a light at the end of the Lincoln Tunnel. Vaccinated New Yorkers are coming out of hiding; there are plans to fully reopen the city this summer; major Midtown hotels like the Peninsula, Ritz-Carlton and The Plaza are reopening; and many offices have pledged summer and fall return dates for employees.

Midtown restaurants have responded to the hopefulness, with tried and true spots like Ippudo, Smith & Wollensky, Le Bernardin and Hutong reopening recently, along with Chef John Fraser’s brand-new Aegean restaurant Iris opening for the first time on April 21.

It was also just announced that Fraser’s Terrace and Garden restaurant inside the Times Square Edition will reopen June 1 with the hotel, with critically acclaimed 701West opening “in due course,” according to a press release.

Aquavit used its terrace along with takeout to try to stay afloat during the pandemic.  Photo: courtesy Aquavit

Fraser, who waited until 50 percent capacity was allowed before opening Iris after beginning construction before the pandemic, is optimistic for Midtown’s future, although he’s also realistic about the uphill battle he’s facing.

“I have a ton of confidence in New York City and a ton of confidence in our partners, but it’s going to be a tough go,” says Fraser. “But the fact that Midtown has cleared out a little bit, I think that that gives cause for new people to come in—new firms, new workers, new types of people—a chance for others to afford to be in Midtown.”

“I’m really happy to see so many new faces in our restaurant, and the demographic has shifted a lot—there are much younger people out and dining,” says Bengtsson.

When restaurants were forced to close in March 2020, Bengtsson quickly launched a limited delivery menu. During summer, she unveiled an al fresco menu for a courtyard space, until it got too cold to sit outside (the courtyard reopened May 13).

While the restaurant wasn’t making a profit, to Bengtsson it was still worth opening. “If I can provide security for my staff, that was something that was really important,” she says.

Ahmass Fakahany, CEO of Altamarea Group, reopened their Midtown Italian restaurant Marea quickly. “For Marea, we chose to lean in—let’s keep the lights on and our energy and our hearts full of hope and desire,” he says, while also mentioning that they immediately spoke to their landlords to get some relief. However, the group’s other Midtown restaurant, Ai Fiori, on the 2nd floor of the Langham Hotel, was only able to open during a brief period at the end of last year when indoor dining was allowed because they didn’t have a usable outdoor space. This year, they’ve had the indoors open since March, and just unveiled a new outdoor terrace on the 11th floor of the building.

“We also had to pivot there and I think outdoors is with us to stay,” says Fakahany. “Instead of just waiting for more capacity, I feel Ai Fiori’s future really lies in having another gear, so we’re opening the Sky Terrace.”

Fakahany also saw a different clientele at Marea, which used to host a lot of power lunches, reporting that 65 percent of their guests during Covid were new. “We saw young people enjoying the social atmosphere, no one was sitting down doing business deals,” he says, and adds that they’ve gotten more walk-ins—perhaps due to their elaborate outdoor seating set-up, where they decorated scaffolding with stunning flowers and a neon sign, which has attracted lots of Instagrammers.

Other Midtown restaurants took longer to reopen. Smith & Wollensky reopened with indoor and outdoor dining on April 20 after more than a year. Upscale Chinese spot Hutong, located inside the Bloomberg Building with no outdoor space, first reopened October 15, 2020, when indoor dining was briefly allowed, only to have to close again in December, and reopened again February 14, 2021. Alsatian Michelin-starred restaurant Gabriel Kreuther reopened with an outdoor patio last September and the legendary Le Bernardin first opened indoors last September before being forced to close in December, reopening again this March.

Still, some iconic restaurants appear to have closed for good, like the historic 21 Club (although there have been rumors it may reopen), chef David Pasternak’s temple to fish, Esca, and the clubby Hakkasan. It also appears that Agern, the temple to Nordic cuisine from Claus Meyer inside Grand Central Terminal has closed permanently, as it has no Instagram account and its website appears to have been cannibalized.

Other stalwarts remain temporarily closed (although several have recently renewed their Michelin stars), including Le Jardinier, Empellón, The Modern, The Polo Bar and Major Food Group’s The Grill, which had previously announced it would only reopen when indoor capacity is allowed at 100 percent—which happened on May 19—although no reopening date has been announced yet. However, Major Food Group has expanded significantly in Miami and reopened its downtown restaurant Dirty French.

Empellón’s chef-owner Alex Stupak chose to reopen his two more casual downtown locations, Empellón Al Pastor and Taqueria, last spring, but has kept his Midtown fine dining flagship shuttered (although he does plan to reopen at some point). The Polo Bar opened its private dining room for reservations but has yet to announced a reopening date for their main dining room. And even though the MoMA has reopened, Danny Meyer’s museum restaurant The Modern it still closed and its last Instagram post is from June 19, 2020.

For now, the restaurants that have opened in Midtown are banking on a different type of customer, rather than assuming they’ll cater to tourists and five-day-a-week office-goers.

Fraser, for one, is betting on people’s celebratory moods–even if it’s celebrating going to work. “The person who comes into the office twice a week, versus five days a week, is going to treat that moment differently,” he says. “You don’t have to do it five days a week, you get to do it twice a week, and those workers are going to be like, I’m in the city, I’m going for lunch to sit down and be a human and have service.”

It’s clear the chef is an optimist—and how can he not be, at a time like this? “I’m kind of believer in human ingenuity,” says Fraser. “As quickly as things can shut down, they can reopen.”