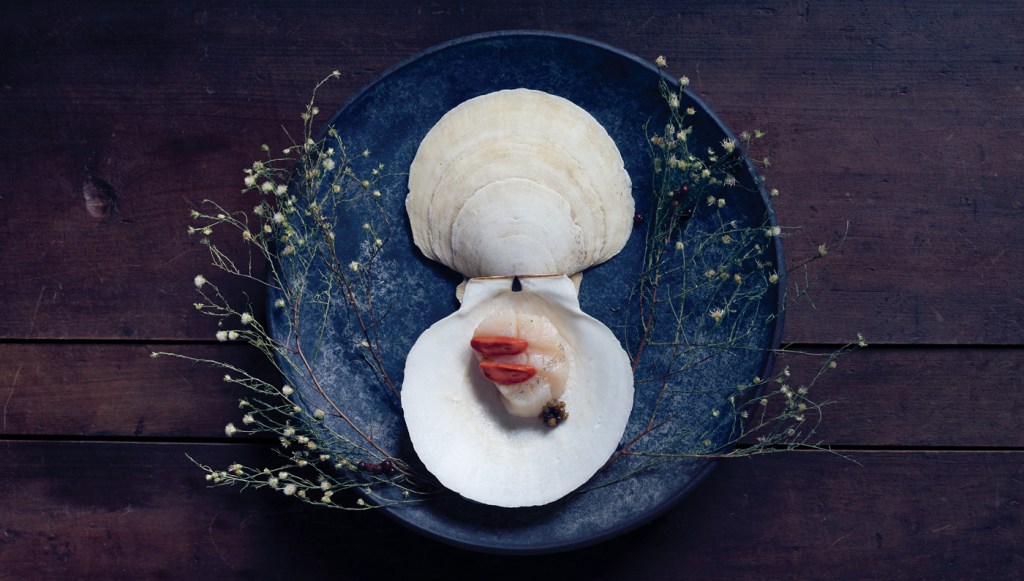 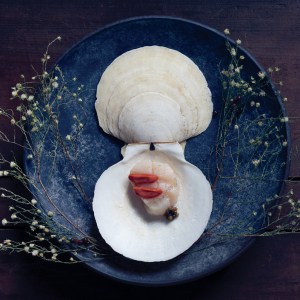 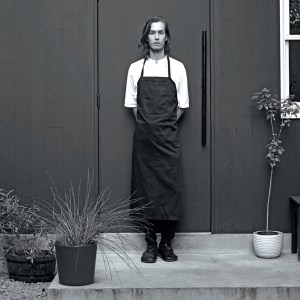 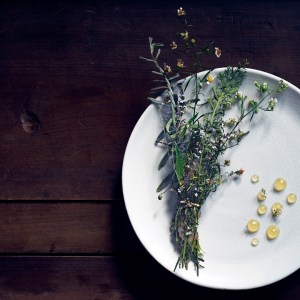 One does not often go searching for Michelin stars under the industrial ribs of an overpass, but Aska (askanyc.com)—Brooklyn’s New Nordic gem hidden along a lugubrious stretch of concrete beneath the Williamsburg Bridge—demands pilgrimage. Opened in July, the Michelin two-star restaurant is a reincarnation of sorts. Swedish-born chef Fredrik Berselius’s (above) first iteration (also named Aska and located in Williamsburg) was hardly short on acclaim, standing out for such surprising compositions as pig-blood crackers with sea-buckthorn jam at a time when the New Nordic craze was all but ubiquitous. In 2014, however, much to the chagrin of his droves of devotees, Berselius abruptly shuttered the restaurant, claiming he wanted a new challenge.

Aska 2.0, however moody its setting may be, is a vibrant leap forward from Berselius’s previous outpost, featuring on its 10- and 19-course tasting menus (priced from $145 to $215, service included) a broad juxtaposition of subtle and rich flavors that make sense only together. Throughout the meal, diners can expect more than a few twists (for instance, sunchokes sprinkled with—what else?—lamb-heart ashes). In his delicate construction of each plate, Berselius also displays a penchant for cleverly hiding his main ingredients: Langous­tine arrives wrapped in a pretty bouquet of herbs and flowers, while razor clams lie in wait beneath a blanket of green peas and elderflower petals. Naturally, everything is fresh as can be; Berselius and his team forage for juniper berries, chickweed, yarrow, or sorrel, depending on the season. Still, a few special items—Karelian caviar, Wrångebäck cheese—require pilgrimages of their own, beyond the imposing steel trusses of the Williamsburg Bridge, and back to the Scandinavian motherland. There are plenty of pig-blood crackers to go around. Arriving on the heels of Aska’s success are two more New York Nordic experiences. Opened in April in Grand Central Terminal, Agern (agernrestaurant.com) is the latest from Noma cofounder Claus Meyer and Icelandic chef Gunnar Gíslason, serving modern fare in a minimalist wood-

paneled setting. Yelena Del Mundo is the new chef at N’eat (neat-nyc.com), a casual East Village eatery that opened in November with small—and, by comparison, more accessible—Nordic plates like spicy duck-heart tartare with huckleberry. For a taste of old Nordic made new again, the Michelin two-star Aquavit (aquavit.org)—Midtown’s 30-year-old Scandi stalwart helmed by executive chef Emma Bengtsson—is turning out dynamic dishes like smoked mackerel with quince and, for dessert, a bed of shredded honey tuile wafers topped with white-chocolate “eggs” and sea buckthorn.