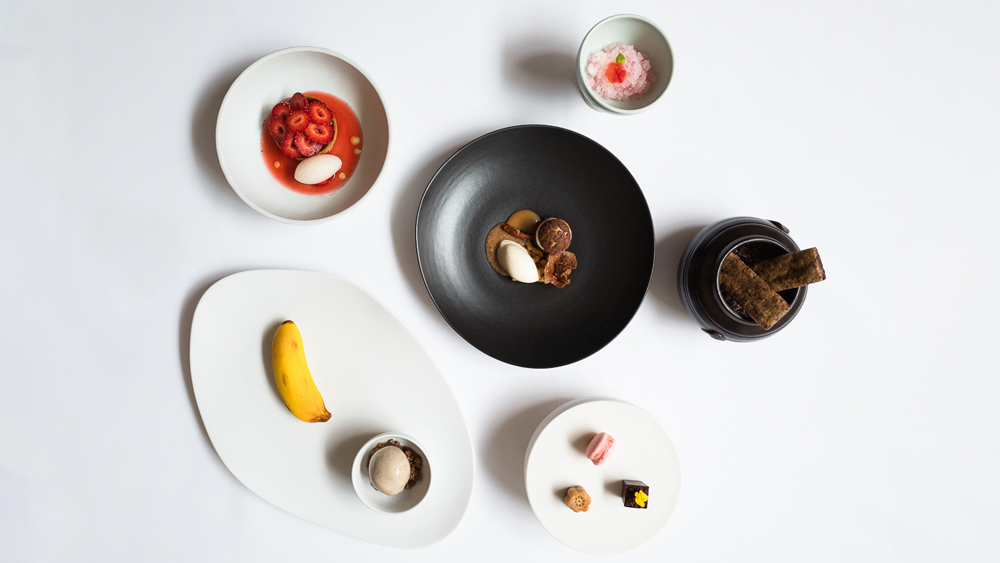 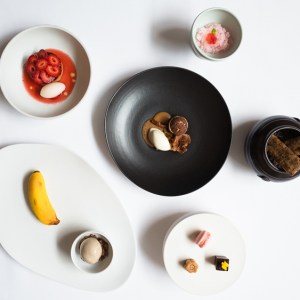 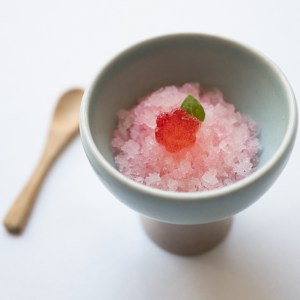 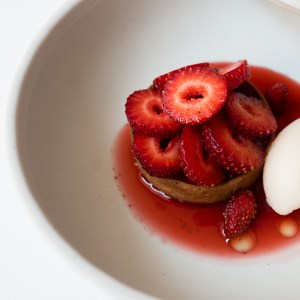 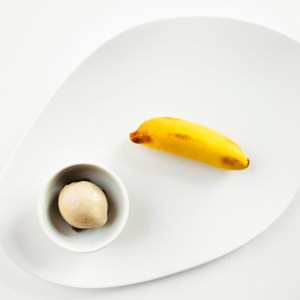 While sparkling lights lining 32nd Street in Midtown Manhattan lure diners into myriad delicious Korean restaurants, down in Tribeca, Jungsik is taking a whole different approach to cuisine. Instead of K-Town’s ubiquitous barbecue, the restaurant led by chef Ho Young Kim is showcasing what he calls modern Korean. His style has garnered rave reviews as well as two coveted Michelin stars.

The restaurant is raising the bar for Korean cuisine again, but not on the savory side this time. Pastry chef Eunji Lee—who trained at the Ecole Ferrandi in Paris and Restaurant Le Meurice Alain Ducasse—has introduced a five-course dessert tasting menu to cater to those of us with a sweet tooth, while staying true to the core of the restaurant.

“I wanted each dessert in the tasting to reflect what we’re doing at Jungsik, which is taking traditional elements of Korean cuisine and reinventing them through the lens of French and modern technique,” Lee told Robb Report. She walked us through each dish to show the inspiration behind this ambitious new menu.

Lee starts off with a palate cleanser that has omija—a berry indigenous to Korea—in a twist on a popular dessert in Korea called bingsu. “It is traditionally served as a shaved ice, with some sort of fruit syrup and often fresh fruit and condensed milk,” Lee says. “I added a French touch with the rhubarb syrup, and used lemon basil herbs cultivated in New York City for the sorbet, which is my twist on the condensed milk that is more commonly used.”

The second course is a strawberry tart with an aloe vera juice sorbet, inspired by one of her favorite juices in Korea, but the real star is the berries. “I love to use seasonal fruits and for summer the best fruit is strawberry,” Lee says. “So I decided to make a simple strawberry tart with the best strawberries from California that I found.”

What has become one of Lee’s signature desserts is the baby banana, where she shapes white chocolate to look like a piece of fruit. It’s filled with banana Bailey’s cake and ganache then served with a side of coffee ice cream and hazelnut chocolate crumble. “Sometimes I get inspiration when I go to the supermarket and look at the snack corner. When I go to a Korean market, I find banana-flavored snacks are everywhere,” Lee says. “So I decided to make a banana-flavored dessert that has real banana taste.”

For the fourth dessert, she serves a dish called “NY-Seoul” that’s a culmination of her culinary influences. “It draws on technique and inspiration from France, Korea and the United States,” Lee says. “It retains Korean ingredients and the soul of the cuisine using brown rice; incorporates French techniques with the choux; and the pecan and caramel add a touch of New York flair.”

The petit four that finishes the menu are arranged to look “like a small garden in the Korean traditional clay pot,” she says. The three kinds served are a macaron, a bonbon and a yakgwa, which she calls a “classic Korean sweet.”  Then, to top it all off, the diners are given a packet of fresh cookies to take home with them.

The menu is now available for $55 at Jungsik’s bar, and there’s an optional truffle ice cream cone for an additional $25. Diners can also add wine pairing for $35 that includes two pours.