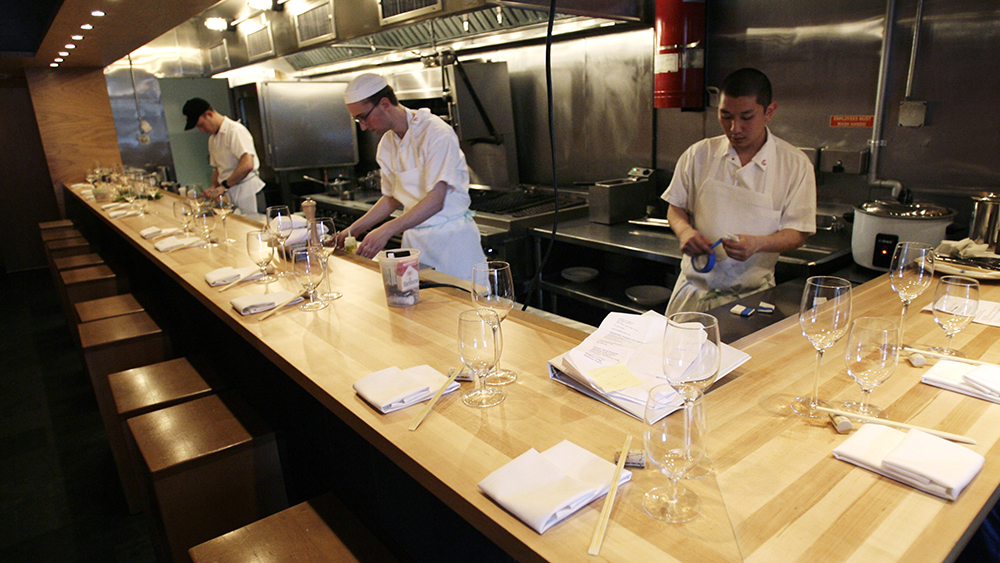 David Chang’s East Village counter spot began including gratuity in its prices four years ago, but the practice didn’t end up creating the sort of economic balance between front-of-house and back-of-house workers that the restaurant expected it would, CEO Marguerite Mariscal told Eater New York. So now diners will be responsible for the service charge, which will essentially increase the cost of a meal by 20 percent.

The price of the food itself isn’t changing, but whereas dining prices previously included both meals and service, diners will now be asked to pay a gratuity to their server. What that means in practice is that the $280 prix fixe menu will cost $336 with a 20 percent tip, before tax.

“We are confident that this new gratuity model will allow our team to more directly share in the success of the restaurant,” an FAQ on Momofuku Ko’s website reads. “Given the rising cost of running our business and the rate of increasing food costs, this gratuity solution allows us to keep our current menu prices the same while maintaining our team’s benefits and increasing total compensation. This will also help to attract and retain the best talent possible.”

In anticipation of the tipping reinstatement, the restaurant has increased back-of-house wages by about 15 percent, to $25 an hour. This has helped attract back-of-house workers at a time when pandemic-induced staffing shortages are still occurring, James Parry, the vice president of restaurant operations at Momofuku, told Eater. Front-of-house hiring has also taken a hit, Parry said, with Momofuku Ko’s service staff completely turning over after the no-tipping rule was put into place in 2018.

The restaurant industry’s relationship with tipping has been on a rocky road over the past few years. Advocates for the service-included policy say that it helps create pay equity among staffers, especially back-of-house employees who aren’t usually eligible for tip pools. The Michelin-starred chef David Kinch has been especially outspoken in support of no tipping, telling Robb Report a couple of years ago that such as policy would allow him to “pay my servers and. . . pay my back of the house equitable wages that are honorable and afford them a living.” Critics point out that the policy can also result in higher overall prices, which can turn away diners, and loss of staff.

Momofuku’s Mariscal says she still believes that a tip-inclusive model for all restaurants would be the best solution. For now, however, the restaurant is betting that a return to tipping will lead to a happier staff and less turnover.