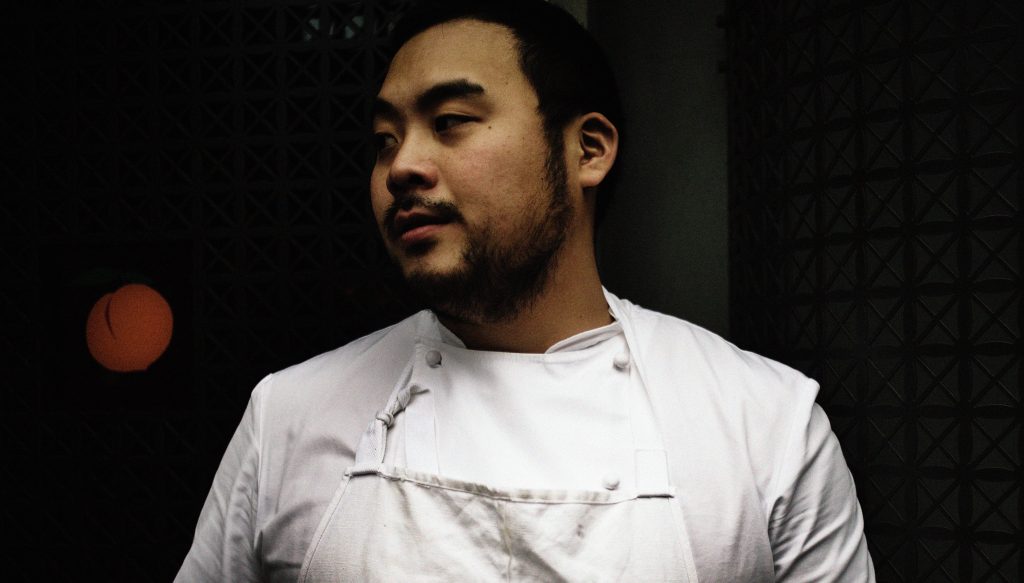 For a decade David Chang was on a roll. His Momofuku Noodle Bar and Ssam Bar helped change restaurants in New York, making people reconsider the trappings of fine dining. With Momofuku Ko, he created a two-Michelin-star tasting menu experience. He enabled Christina Tosi to create the iconic Milk Bar. He expanded his empire internationally to Australia and Canada and he seemingly could do no wrong.

But when Chang opened Momofuku Nishi, the winning streak came to an end. “It was the first time we got roundly panned and they were all right and I couldn’t accept it,” the chef says on his new podcast, where he’s chronicling the lead-up to his recently opened L.A. restaurant Majordomo.

The concept behind Nishi—a hybrid of Italian and Asian food—didn’t seem clear at the time. For those who watched Chang’s new Neflix show Ugly Delicious you can see his thought process when he dives into comparisons on crossover between the cuisines for a whole episode. However, that message didn’t come through on the plate.

Critics Ryan Sutton of Eater and Pete Wells of the New York Times issued similarly dour reviews, finding Nishi’s atmosphere loud and uncomfortable, and its food confused. “Pete crushed me. And it was very personal, and I took it very personally,” Chang says.

Since then, Chang and his team have revamped Nishi, making it a successful neighborhood Italian spot. And he’s had enough perspective to see what he’d done wrong. But on his new show, he went even deeper into the lasting effects of that initial failure.

“My confidence was at an all-time low at that time for a variety of reasons. I felt like maybe I lost my mojo or I was wrong,” Chang says. He looks back at a time around when he opened D.C. and reveals, “I was in mania, I was out of my mind. Full tilt. I’m a pretty heavily medicated person. With my psychiatrist after 14 years I think I’m mature enough, I don’t think I need to be on all the stuff anymore and I was off it. And then I opened up DC and that whole year, in retrospect, I was making horrible decisions. Everything seemed so juicy in my mind. I was able to see this when I got back on all the crap I was on.”

Pulling it back together, he embarked on opening Majordomo, his first L.A. restaurant. He’d been looking west since 2006, but wasn’t able to find the right space or opportunity until now. The restaurant has been open since January and booked solid. But you can hear in this podcast, recorded a few months before opening and airing now, Chang was on edge about his new spot.

“This is why I’m so fucking terrified about this because you’re almost baring your soul completely naked to the public and you’re hoping for good results and a good review,” he says. “Having experienced some of the worst reviews I’ve ever had in New York—because I’ve always had good reviews for the most part—it’s the worst feeling in the world.”