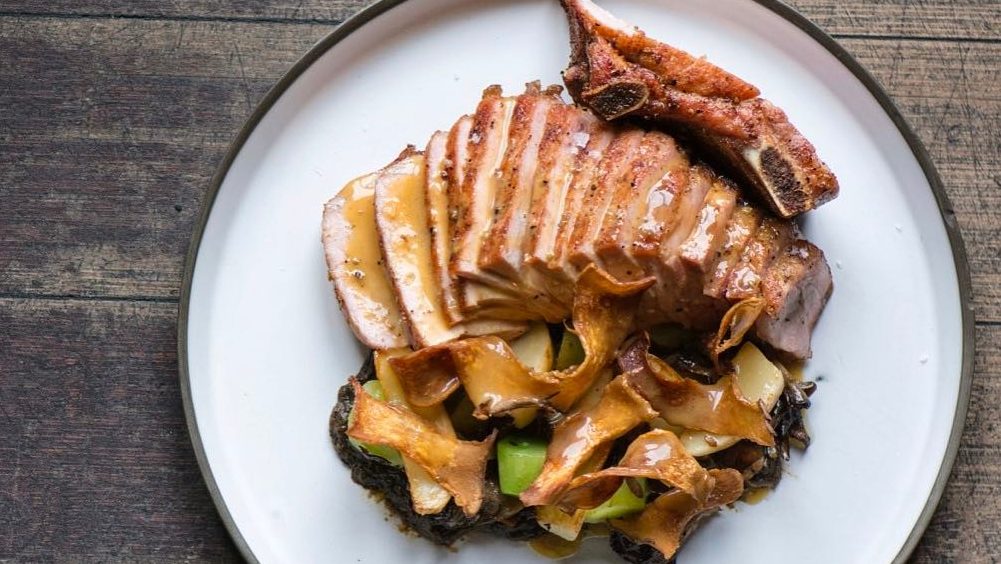 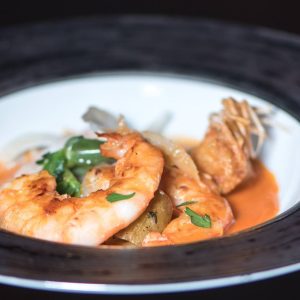 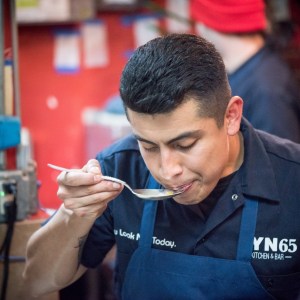 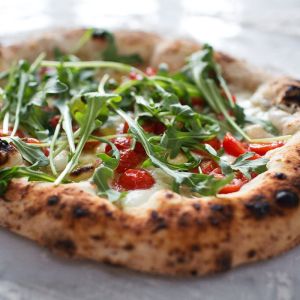 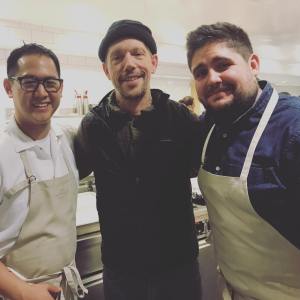 As we survey the dining landscape for 2018, we see there will be some retro restaurants, plenty of open-fire cooking, famous chefs continuing to flock to Los Angeles, James Beard Award winners taking on new challenges, legends returning, and a few fine dining pros opening more casual spots. And though we know 2018 will definitely not be bringing us an Anthony Bourdain food hall, there are still a couple still worth keeping our eyes on. Here are the 16 restaurants we’re most eagerly anticipating this year.

Renee Erickson in Amazon Spheres, Seattle
You had us at “Renee Erickson is opening a restaurant.” The chef-restaurateur behind some of Seattle’s best, from The Walrus and the Carpenter to The Whale Wins to Bateau, is planning an Italian restaurant and a retro-style bar inside the geodesic domes Amazon has built in downtown Seattle called the Spheres. There’s no name as of yet for either spot, but the restaurant will be inspired by the time she spent living in Rome, and the bar will be a throwback to Midcentury Manhattan. The chef will also bring her coffee and doughnut shop, General Porpoise, to LA this year, expanding her beyond her native PNW.

Beholder, Indianapolis
The man who made breakfast so great that food critics from around the nation began flocking to Indianapolis to see what all the fuss was about is now setting his sights on dinner. The chef at Milktooth, Jonathan Brooks, is planning Beholder, focused on Midwest cuisine. He hasn’t given away a ton of details about the menu, but the restaurant’s Instagram features dishes like rutabaga slow roasted in coffee with goat’s milk, and hangar steak cooked directly on charcoal. Indy residents certainly can’t wait. When the restaurant held a preview dinner on New Year’s Eve, it sold out in less than 24 hours.

Simone, Los Angeles
As the chef de cuisine at three-Michelin-star Manresa in Los Gatos, Calif., Jessica Largey has made her mark. Working under David Kinch, she won a James Beard award and now she’s headed to LA’s Art’s District to open her own place. The restaurant, named for singer Nina Simone, will feature sustainable seafood and ethically raised meat, as well as Southern California produce.

Birdsong, San Francisco
The former chef de cuisine at Atelier Crenn, Chris Bleidorn, is opening a restaurant that’s an ode to Pacific Northwest Cuisine. Drawing on ingredients spanning Oregon to Alaska—think shellfish and mushrooms. There will also be open-fire cooking on display at this two level restaurant in San Francisco’s SoMa neighborhood.

Popol Vuh and Centro, Minneapolis
A generation of outstanding chefs across North America has helped elevate Mexican to its rightful place among the world’s great cuisines. Now, as people dive deeper in the food, different regions are getting their due. In Minneapolis, chef José Alarcon will make the food of his native country, but with a focus on Mayan traditions. At the core of the cooking will be a wood-fired grill and a wood-fired plancha. And the restaurant will share a space in the 100-year-old building with a more laid-back bar and taqueria called Centro.

José Andrés and Adria brothers Spanish food hall, New York
The famed chef and humanitarian José Andrés is teaming up with old friends and legendary chefs, brothers Ferran and Albert Adrià, to create a food hall on the west side of Manhattan in the massive Hudson Yards development. The trio plan to create a Spanish version of the wildly popular Eataly.

NoMad, Los Angeles
Daniel Humm and Will Guidara will bring their urban playground of a bar, restaurant, and hotel, NoMad, to Downtown Los Angeles in 2018. And like many of the chefs flocking to LA, Humm is excited to get his hands on the local produce. “I remember when I first moved to America and I worked in San Francisco where the markets are fairly similar with the offerings. My mind was just blown every time I went to the market, it’s unbelievable,” Humm told Robb Report. “We’re excited to have ingredients of that quality. And the seasons are longer here so the food can become more simple in a way because the ingredients don’t need as much done to them. We want to do a lot of vegetables. We want to work with a lot of seafood.”

Angler, San Francisco and Los Angeles
Yet another Bay Area three-Michelin-starred chef will add a more casual restaurant to his portfolio. After Christopher Kostow of Meadowood opened Charter Oak last year, chef Josh Skenes of Saison plans to open Angler in both San Francisco and LA in 2018. The 100-seat restaurants will have a raw bar and will also focus on seafood prepared in a wood-fired hearth. And the wine list will draw largely from Burgundy, Rhone, and Loire Valley varietals.

APL Restaurant, Los Angeles
Barbecue master Adam Perry Lang has spent the last couple years cooking delicious meals for his buddy Jimmy Kimmel on the late-night host’s backlot and working away in his test kitchen for his forthcoming modern steakhouse that will open inside the Hollywood Taft building in spring this year. He’ll be dry-aging his own beef, butchering on site, and showing off a little of his background in Texas barbecue with his beef short rib.

Noma 2.0, Copenhagen
Have you heard Noma is reopening?

Bibi Ji, Santa Barbara
The James Beard Award-winning sommelier and winemaker Rajat Parr is teaming up with chef Jessi Singh of Babu Ji in San Francisco and New York to create an Indian restaurant and wine bar in this town on California’s Central Coast. Two of Parr’s wine labels—Domaine de la Cote and Sandhi—are made nearby in Lompoc and draw from vineyards in the Santa Rita Hills.

Wursthall, San Mateo
“Internet celeb opens restaurant” is probably the worst thing you could tell us if you wanted to elicit excitement about an upcoming eatery. But when that person is Serious Eats star writer-slash-food-scientist and best-selling author of The Food Lab, J. Kenji Lopez-Alt, we’re willing to ditch our preconceived notions. In downtown San Mateo, López-Alt is leaving his test kitchen to see if he can create a winning restaurant kitchen. He’s opening a beer hall with plenty of sausage and pub grub, but with his spin on it.

Majordomo, Los Angeles
Like so many famous chefs across the country, David Chang is heading to Hollywood. Well, actually, it’s Chinatown. The project originally titled “North Spring” will be called Majordomo and will stand apart from other Momofuku restaurants throughout his international empire. The menu will focus on Southern California produce, maybe some vegan options, utilize a giant smoker, and will not have Chang’s famous pork buns. The restaurant’s executive chef will be Jude Parra-Sickels who has been at Roy Choi’s POT and The Cannibal prior to his new role.

Tartine Food Hall, San Francisco
Tartine’s Elizabeth Prueitt and her husband Chad Robertson have called on a couple friends, Pim Techamuanvivit of Kin Khao and Gabriela Cámara of Cala, to work together to create a food hall inside San Francisco International Airport. If any food trend could take off in 2018 it would be making airport food great. The SFO Kin Khao expects to sell rice bowls, noodles, grilled meats, and salads, while Cala will serve tacos like they offer on their lunch menu. Tartine will sell café fare like soups, sandwiches, and a selection of their delicious baked goods.