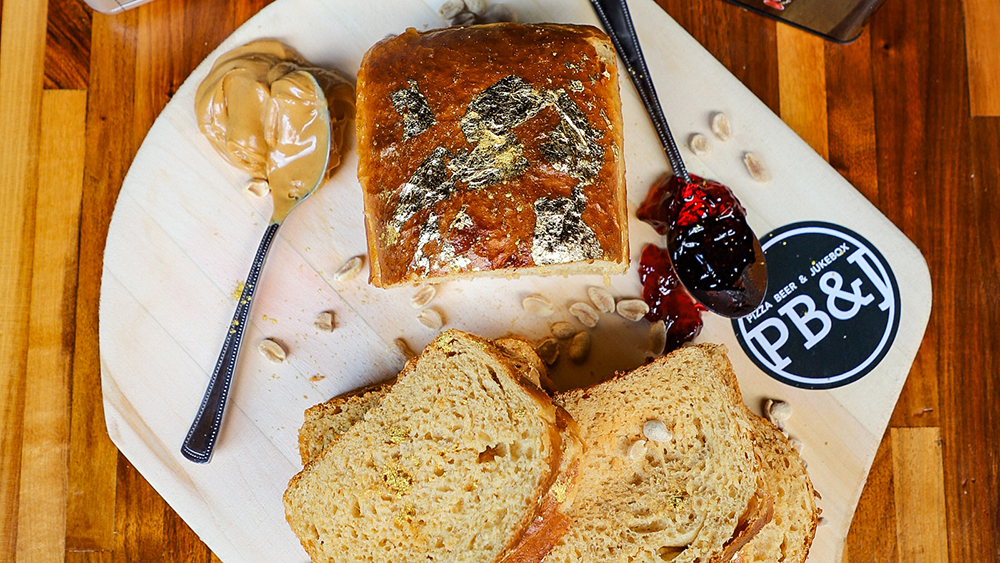 It’s hard to imagine a PB&J ever being fit for the upper crust. The elementary school staple features three, no-frills ingredients and usually costs peanuts. That is, until now. One brave Chicago restaurant has just released the world’s most expensive PB&J for the sickly sweet sum of $350.

The bougie sammy was dreamt up by brothers Matthew and Josh McCahill, who recently opened the new West Loop joint PB&J. Though the restaurant’s acronym actually stands for Pizza, Beer & Jukebox, the duo decided to make the decadent sandwich the star attraction.

Known as “The Golden Goose,” the new riff on the American classic is jam-packed with an array of fancy ingredients that have been sourced from all over the globe. The brothers were inspired to create the sandwich after stumbling across a $200 PB&J that only featured a gold toothpick. The pair decided they could top that by adding more layers, literally and figuratively, of luxury.

The over-the-top creation, which has to be ordered a day in advance, is built around a loaf of bread that has gold dust baked into the flour and edible gold leaf topping. “The gold leaf bread loaf I researched and improved by making gold nuggets out of gold dust and sea-salt,” Matthew McCahill told Robb Report.

It’s sandwiched with the most expensive jam in the world imported from French outfit Maison Dutriez. This spread is prepared using a technique from the 14th century, which involves painstakingly de-seeding red and white currants with with goose quills. “I found the Maison jam many years ago back in 2001 when I was traveling through Europe,” McCahill adds.

The Golden Goose is drizzled with one of the rarest types of honey in the world (New Zealand’s manuka honey) and features Adams All-Natural peanut butter, which is relatively cheap at roughly $5 per jar.

As an added sweetener, a percentage of the sandwich proceeds will be donated to Chicago HOPES for Kids and diners are also able to take home any remaining jam and honey in jars.

If you can’t justify paying the bonkers $350 price, the restaurant does offer the PB&J in its original form (Wonder Bread, peanut butter and house-made grape jelly) for just five smackers.