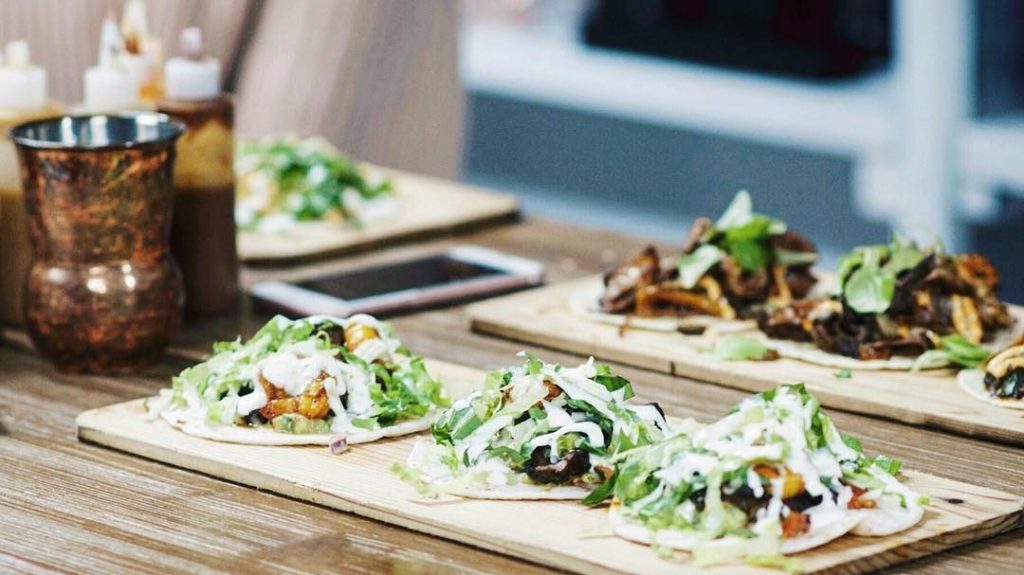 You’d be forgiven if reading the list of ingredients perched atop this particular taco sounded like you were playing a game of luxury ingredient Bingo. There’s Hudson Valley foie gras, American wagyu beef, golden Osetra caviar, and shaved black truffles. It’s all the items you’d expect from someone trying to inflate the price of a dish with opulent add-ons. The only thing missing? Gold leaf.

But for Junior Merino—chef-owner of M Cantina in Dearborn, Michigan, about 10 miles outside of Detroit—there’s a pretty good reason all those ingredients are ending up on a single tortilla along with Hawaiian salt, roasted grasshoppers and a smoky chile sauce. He’s using his $60 taco to get people to stop thinking that Mexican food is cheap.

“Everything we do here takes anywhere from eight hours to 18 hours,” he told the Detroit Free Press. “Making mole takes a full day. That’s why real Mexican high-end cuisine is always going to be expensive. It’s almost impossible to do it cheap, unless you buy cheap ingredients.”

It’s a similar issue Mexican chefs have faced across the country. As they use their considerable skill to show it’s one of the world’s great cuisines, it can still be hard to compete with a truck serving delicious tacos for a dollar. In an episode of the most recent season of Migrant Kitchen, Ray Garcia of Broken Spanish and Carlos Salgado of Taco Maria discuss this very problem of consumers not seeing great Mexican food as fine dining.

“Even as an immigrant Latino myself, I have preconceived notions about what a Mexican restaurant should be,” Salgado said. “I walk into your average Mexican restaurant and I’m fully expecting chips and salsa at the table, even though I feel so strongly that it shouldn’t be a necessity. So deep are those cultural preconceptions that we have, that they’re embedded in my own cultural identity.”

And there’s an embedded notion of the food being inexpensive, but they’re challenging the assumption. “Expensive, organic, dry farm tomatoes could justify a higher price on a two-Michelin star restaurant’s menu, but nothing could justify the price of a taco over a dollar.”

Salgado and Garcia have justified the price by unapologetically sourcing great ingredients, specifically in the heirloom corn they use in their tortillas, and telling the customer they’re going to pay more for it.

Those wanting to try Merino’s opulent taco need to call ahead to order. And know that you can’t just get one: You have to buy three at a time, meaning the tab comes to $180 for the trio.