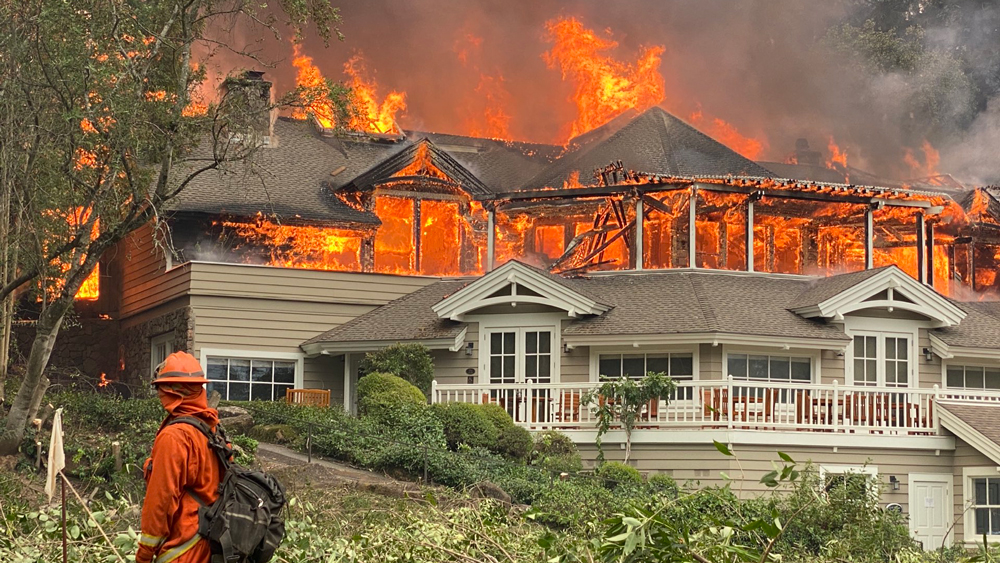 One of the world’s great dining destinations Michelin three-star The Restaurant at Meadowood burned down Monday, a victim of Northern California’s raging wildfires.

On Sunday night, the spreading Glass Fire prompted Meadowood and many others in St. Helena to flee under mandatory evacuation orders. Overnight, the 41-year-old Chateau Boswell Winery went up in flames, as well as a bed and breakfast, The Glass Mountain Inn. Come Monday morning, the Glass Fire merged with Shady and Boysen fires and kept spreading through the day. Eventually it claimed Calistoga Ranch and Monday afternoon a post on Twitter began circulating, showing the building holding Michelin three-star The Restaurant at Meadowood engulfed in flames.

#meadowood across the valley from St Helena. I just left there…they couldn’t save it. :(. #glassfire pic.twitter.com/hmskvdOSsc

Representatives from the resort later confirmed to the San Francisco Chronicle The Restaurant was in the building being shown. A reporter for the Bay Area NBC affiliate posted a video of the aftermath five hours later, showing a heap of smoldering rubble, with only two fireplace chimneys left standing amid the smoke and ashes.

Heartbreaking loss for the Napa Valley. The Restaurant and Grill at Meadowood have burned to the ground. Other buildings still standing. @nbcbayarea at 8 & 11. pic.twitter.com/5rYNWryE8A

“We are all torn apart. A Eulogy is deserved, and will be given in due time,” chef Christopher Kostow wrote on Instagram. “For now, I want to thank all of the TRAMily that have ever graced this magical space—and all of the guests over the years who have enjoyed the efforts of these multitudes. What an honor it has been.”

Kostow joined Meadowood in 2008 after working under Daniel Humm at Campton Place in San Francisco, and leading Chez to two Michelin stars in Mountain View, Calif. At Meadowood he served a progressive take on New American and California Cuisine that was deeply rooted in the ingredients of Napa Valley. When Michelin awarded Meadowood its third star, Kostow became the third-youngest chef in history at the time to earn the accolade.

When Kostow took the reigns of the kitchen, he also revived the resort’s 12 Days of Meadowood and grew it into one of the culinary world’s great events. Each year, acclaimed chefs from around the globe would join Kostow and team in St. Helena for a series of multi course dinners during Christmastime.

“The 12 Days is quite legendary within the industry,” Matthew Orlando, the chef-owner of Amass in Copenhagen, told the San Francisco Chronicle in 2014. Cooking at Meadowood is “like walking into Narnia.”

As word spread of Meadowood’s fire, chefs including Dominique Crenn, Mei Lin, Kyle Connaugton, Andy Ricker and many more shared their remembrances and admiration for The Restaurant.

Governor Gavin Newsom has issued an emergency proclamation for Napa and Cal Fire announced last night that the Glass Fire had destroyed 113 structures and burned more than 36,000 acres of land with zero percent containment.