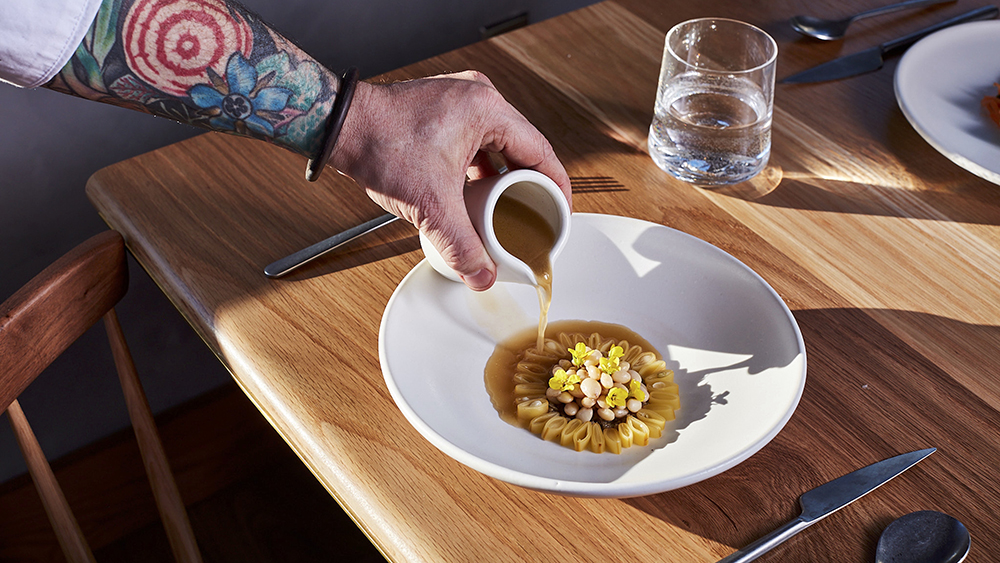 Over the past decade, Nashville has made a push to become the next great American city. Adding to its cachet, fueled in part from launching pop and country superstars such as Taylor Swift and Blake Shelton, were a roaring economy and attractions like the Country Music Hall of Fame and Museum, all of which helped draw in a record 16 million visitors in 2019. And while it’s had its share of buzzy restaurants, Nashville’s never quite boasted a full roster of world-class dining destinations.

Consider that corrected. The city’s latest openings rival the type of culinary gamesmanship more familiar to New York, Los Angeles and Las Vegas, with big-money build-outs, celebrity chefs and plenty of sex appeal. One of Nashville’s favorite adopted sons, Sean Brock, came out swinging with three new spots over the past two years, culminating in October with the opening of the fine-dining stunner Audrey, which bridges his Appalachian roots—seen in dishes such as cobia poached in chicken fat and grilled over embers—with his love of Japanese minimalism, reflected in the design. Justin Timberlake, who lives in one of the tony suburbs-on-steroids outside the city, partnered with restaurant-empire builder Sam Fox on the Twelve Thirty Club, a multilevel AvroKO-designed establishment that exudes cosmopolitan cool. Consider it the world’s first gastro honky-tonk: a live-music venue with elevated comfort food on the ground floor and a 400-seat Supper Club up top offering seafood and steak-house fare, plus a cocktail bar and rooftop lounge.

But it was the blossoming luxury-hotel scene that attracted some of the biggest names in 2021, including Andrew Carmellini, who opened outposts of his New York spots the Dutch and Carne Mare in the new W Nashville, in the Gulch neighborhood; Tony and Cathy Mantuano, who, after leaving their Michelin-star restaurant in Chicago, have returned with the lavish Italian fine-dining spot Yolan, inside the Joseph, a luxury collection hotel in Nashville; and Jean-Georges Vongerichten, who introduced two new restaurants as part of a revamp of the historic Hermitage Hotel. Brock also got in on the hotel act, perfecting the lost art of tableside service at the Continental (if you’ve missed the subtle glamour of a prime-rib cart, here’s your spot) inside the Grand Hyatt. And at the stylish Bobby Hotel, another well-known local, Ryan Poli, signed on as executive chef, a position he formerly held at the Catbird Seat, the influential, avant-garde fine-dining restaurant that recently celebrated its 10th anniversary. He’s currently prepping a total of four restaurant and bar concepts, with the first slated to open by the end of 2021.

Snapper with corn, summer succotash and truffle at Yolan.  Courtesy of Yolan

A BBQ chicken spread at Martin’s.  Courtesy of Martin's Bar-B-Que

It’s worth noting that today’s success is only possible thanks to the city’s rich and diverse culinary heritage. This is, after all, where Prince’s invented the now-ubiquitous hot chicken in the 1940s and still serves it with eight levels of heat at its two locations. Old-school and modern barbecue coexist here as well, with standouts including Martin’s Bar-B-Que Joint and Peg Leg Porker, the latter helmed by a pit master who also distills award-winning bourbons under the same name. The hits from Music City just keep on coming.