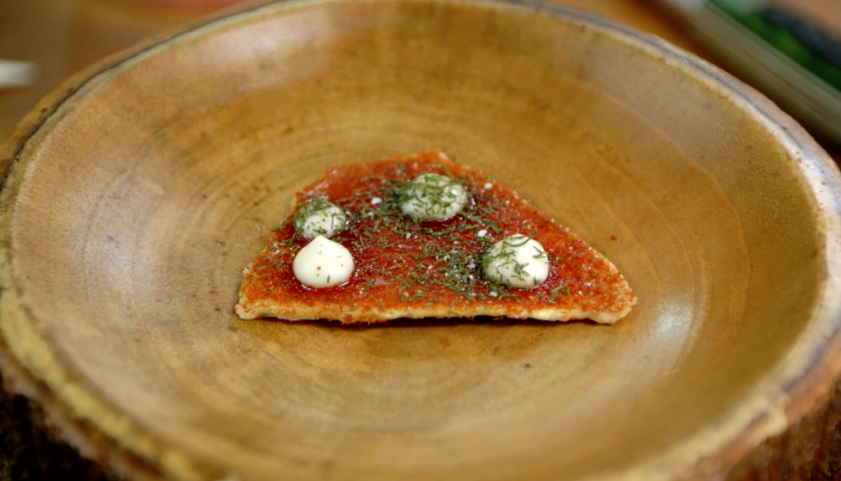 Across the country, Nashville-style hot chicken joints are popping up—from Howlin’ Rays in Los Angeles to Peaches Hothouse in Brooklyn. No matter where you go, the restaurants usually use the same template that Prince’s Hot Chicken created in Nashville back in the 1930s: A spicy fried bird is perched atop a couple slices of Wonder Bread and then finished with salty dill pickles. Chef Erik Anderson, formerly of Catbird Seat in Nashville, thought he could break the mold with a cheffed-up version of the Music City classic.

Anderson’s friend, chef Sean Brock of Nashville’s Husk, has long been a student and advocate of Southern culinary traditions, searching for how he could elevate and celebrate the humble cooking he grew up on. So it was only natural for Brock to want to see how his friend broke the hot chicken mold.

But before they cooked together, Brock and Anderson ventured to one of the famed hot chicken joints in Nashville, Prince’s, to test themselves against the demonically fiery Extra Hot. It’s a dish so spicy that Brock was sweating just from ordering it. It did not end well for the two. Sweat poured down their faces as they guzzled sweet tea to put out the fire.

Despite the misery Prince’s instilled, it still managed to inspire, as you can see in the video below. Anderson replaces whole pieces of chicken with just the skins. He starts by laying them flat, scrapes off excess fat, and roasts it between two sheet pans in the oven to make them perfectly crispy and flat like a chip. He tops the skin with his own blend of spices and dried dill weed before piping on pureed Wonder Bread.

As Brock says when he sees the final version, “It’s like the Jetsons’ version of hot chicken.”