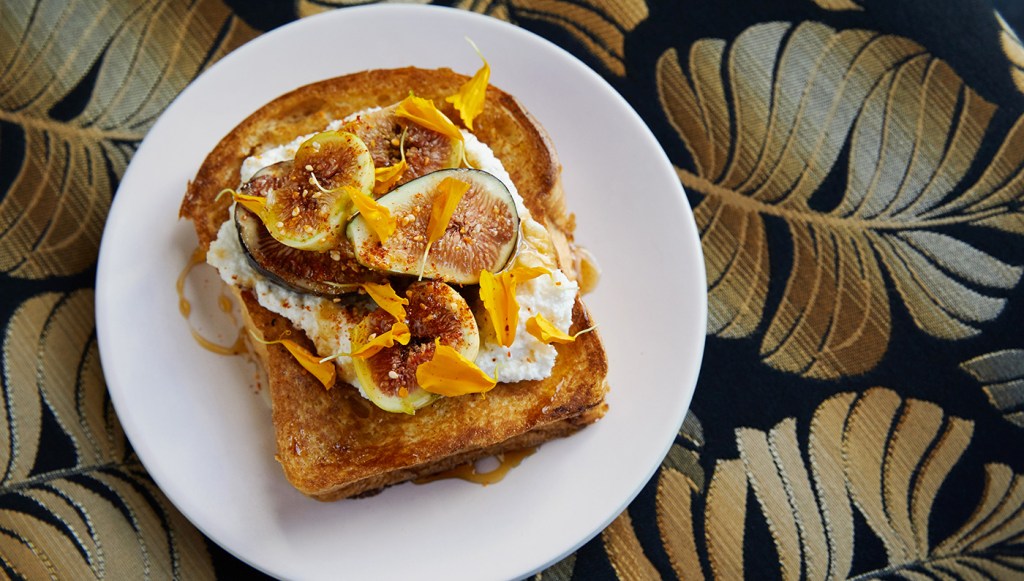 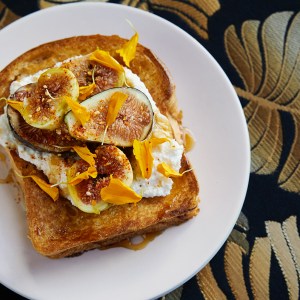 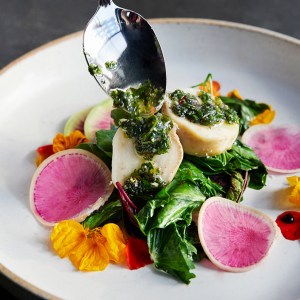 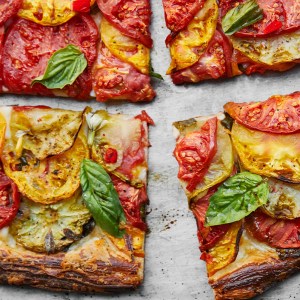 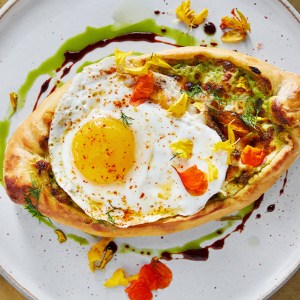 Los Angeles is no stranger to healthy cuisine, but a new veggie-centric restaurant is redefining the city’s crunchy-granola reputation with its fresh take on food. Opened last fall in downtown’s historic Old Bank district, P.Y.T. is chef and restaurateur Josef Centeno’s fifth restaurant and ode to produce, with an ingredient-driven menu that showcases the harvest of community organizations like LALA Farm, a biodynamic urban farm that teaches local students how to grow, cultivate, and cook organic fruits and vegetables. Centeno—who was a Robb Report Culinary Masters competitor in 2015, nominated by Wolfgang Puck for his Japanese-Italian omakase cuisine at Orsa & Winston—regularly works with LALA and its leader, Britt Browne, to orchestrate P.Y.T.’s colorful menu, often requesting special ingredients like chocolate mint, pink tomatoes, and marigolds.

The abundance of the fruitful partnership is showcased in the chef’s daily salad, an elegant symphony of raw produce that might feature bok choy, fuyu persimmon, and “cheddar” cauliflower. Other highlights include an earthy salt-baked turnip (cracked open tableside) wrapped in an hoja santa leaf and heightened with walnuts, feta, and a snap-pea pesto, while a bold dish of roasted Japanese sweet potato with Fuji apples and beet molasses redefines comfort food. Still hungry? Fret not. The menu’s starch section will undoubtedly satisfy, particularly with its dish of hand-torn pasta, the delicate sheets of which are folded with shishito cream, yuzu, brown butter, cilantro, and mint.

While the menu at P.Y.T. is not strictly vegetarian, featuring daily meat and fish specials like kampachi with radish and gooseberry, the majority of the dishes (priced from about $10 to $57) can be prepared vegan upon request. (pytlosangeles.com)