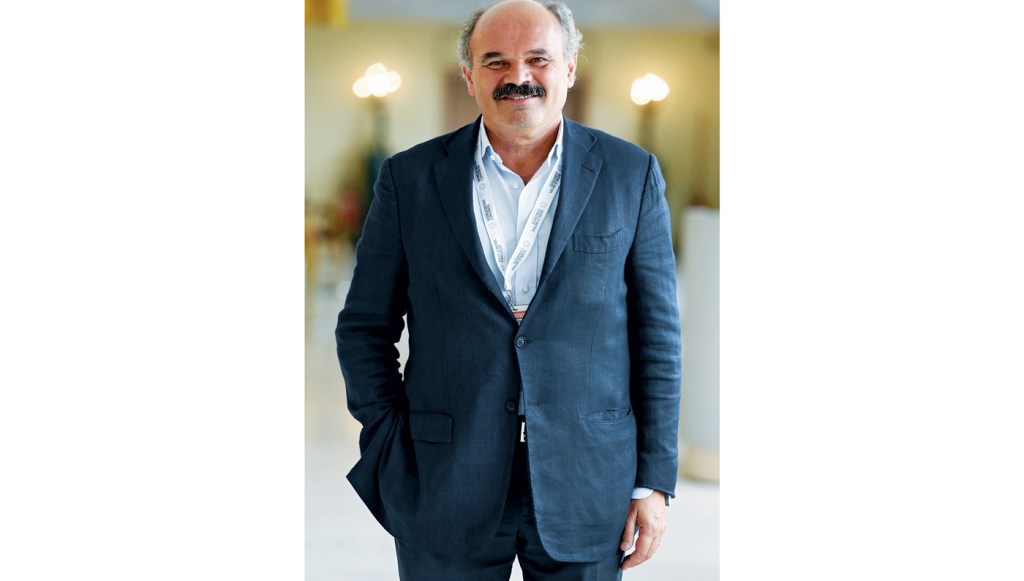 Nine years ago, Oscar Farinetti took an old-fashioned concept—the food hall—and reimagined it as Eataly, the innovative showplace for Italian food and wine that has taken the world by storm. He opened the first Eataly in 2007 in Turin, combining a “supermarket” for fine artisanal products with restaurants and cooking demonstrations, and rapidly expanded the franchise to 29 locations around the world, with three more coming soon. His vision set in motion a global trend: Glamorous new gourmet food halls have opened up in the last few years in urban areas ranging from Mexico City to Rotterdam, transforming the mundane task of grocery shopping into a form of entertainment.

Born in 1954 to a grocer in the Barbaresco region of Piedmont, Farinetti made his first fortune with a chain of electronics stores. “I looked at refrigerators as life-changing magical white boxes and shipped them to customers filled with food,” he recalls. “I sold millions of televisions by telling people to buy the best TV but watch it as little as possible. I even gave out books with the TVs so people wouldn’t stop reading.”

More recent inspirations have developed into two current projects: Fico Eataly World, a $55 million “Disneyland of food” in Bologna that is expected to open in 2017, and Green Pea, a retail concept that will give the Eataly treatment to Italian furniture and clothing.  —CARLA CAPALBO

Luxury, as most people think of it, is a concept that bores me. But Eataly can be considered a luxury experience, if you look at it from two different points of view—respect and time—which to me represent the new frontier of luxury.

When I say respect, I mean it in terms of our relationship with the planet. As Carlo Petrini [the president and founder of Slow Food] says, food should be good, clean, and fair—that means allowing ourselves to buy food that respects the environment and the people who have produced it, and then distributing the wealth created by this food equally. I’m happy to sell and eat meat from animals who have lived good, healthy lives and vegetables that have been naturally grown—foods produced by the farmer in the countryside or the fields. But the main point is that that meat is delicious, and so are the apples and pears, the pasta and pomodoro. This new frontier of luxury is about rapport with the planet—but also about moving the value of respect from a sense of duty to a sense of pleasure.

As for the other element—time—it’s the biggest luxury there is. The idea of being able to use your time as you please applies to Eataly, too. In the stores, people can decide how they want to spend their time: eating, learning, shopping, whatever makes them happy.

The luxury of time to work on new projects is what I appreciate most. Now that my children, partners, and managers are running Eataly, I’m developing a giant new project called Green Pea. This will be launched at the end of 2017, in Italy first, and it will be a place to buy the other two big Italian Fs after food: fashion and furniture. Here, too, we’ll be taking on the market with items of beauty and style that have been created with respect for the planet and for those who have made them.

No matter what the category, these ideas will define—and they do already, but they will even more so—the new great products of luxury.