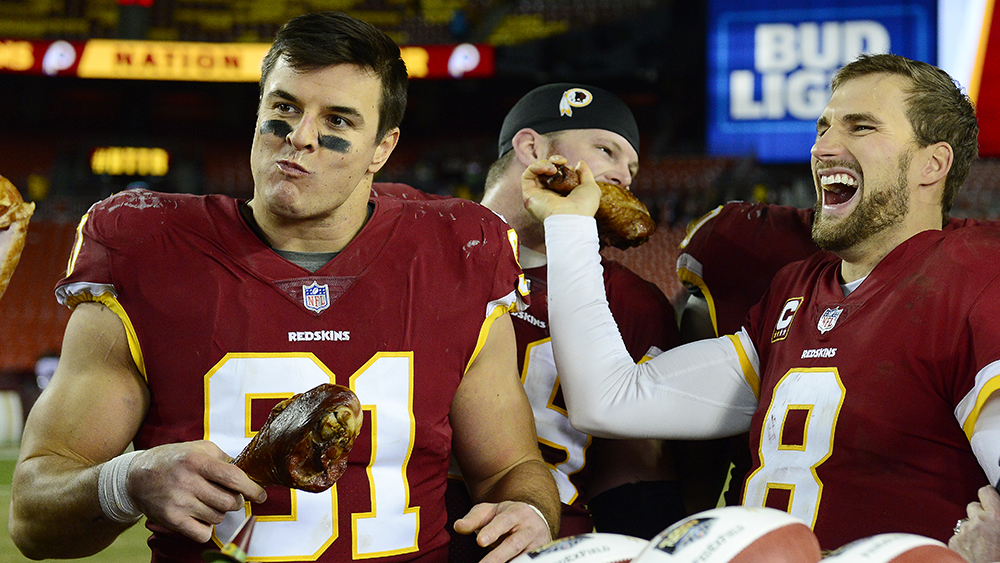 NFL players certainly know how to eat, sometimes to the tune of tens of thousands of dollars. And occasionally, that massive dinner bill is footed by a rookie.

Since at least the 1970s, football players have been engaging in the “rookie dinner” tradition, when first-year players take the veterans out for an expensive, luxurious meal. Now, though, some current and former players are hoping that tradition will come to an end, according to a recent report in The New York Times.

“This dinner sets a precedent for a lifestyle that the majority of players cannot afford to do and shouldn’t be living anyway,” the retired player Torrey Smith told the newspaper.

At these dinners—which can average $5,000 to $25,000 at some restaurants—players indulge in fine wines and spirits, steaks, lobster and all kinds of other expensive delicacies. The most costly rookie dinner may have been a 2010 meal at a Texas steakhouse that came to $55,000. And for the most part, players and coaches see these dinners as a classic initiation ritual.

For many people used to hearing about NFLers exorbitant salaries, these meals may seem like no big deal. But some argue that the rookie dinner could be just the peak of a slippery slope toward overspending. Players in the NFL make less than many professional male athletes in other sports, The New York Times noted, and a 2015 study found that 15 percent of players had declared bankruptcy within 12 years of retiring. And when Sports Illustrated and ESPN each chronicled the phenomenon of athletes going bust, they found dramatic stories of lavish spending continuing.

Of course, there are others who are quick to defend the practice, comparing it to the “harmless” hazing that college fraternity members go through. Channing Crowder, a former linebacker for the Miami Dolphins, told the Times that the rookie dinner is simply “part of the game.” In 2005, he paid about $30,000 at his own such dinner.

For now, the rookie dinners remain part of the NFL’s culture. But as more current and former players work to emphasize the importance of financial literacy and saving for retirement, perhaps the future holds fewer rib-eye steaks and shots of expensive cognac—at least if they’re being paid for by the least established team members.