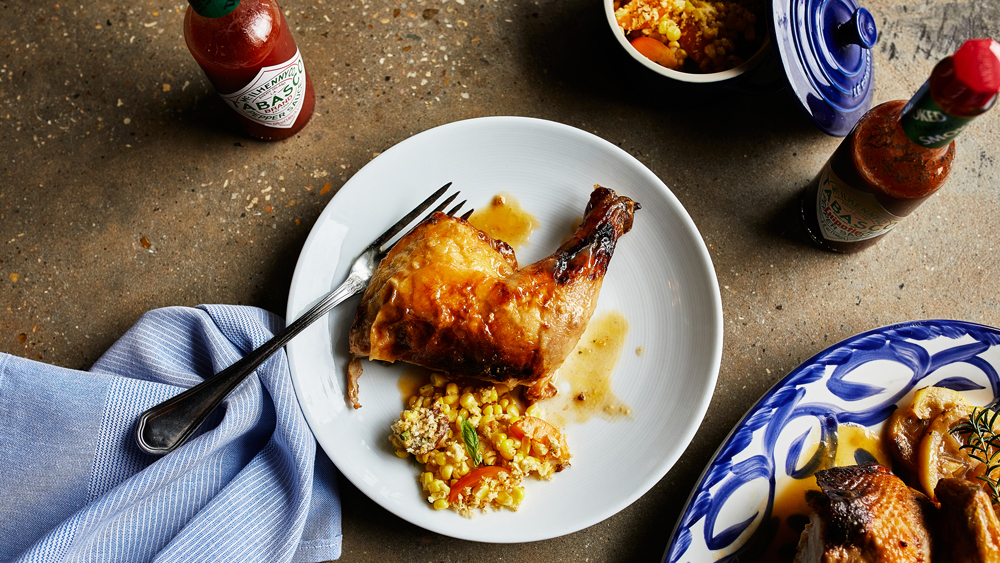 Back in 2013, Nina Compton competed on Top Chef and came close to winning the whole thing. After her season wrapped in New Orleans, the St. Lucia native felt the urge to return to the Big Easy, which she did a couple years later to open the acclaimed Compere Lapin. The restaurant became a mash-up of her influences from her French training, experience with Italian fare, growing up in the Caribbean and ingredients of New Orleans. The place became a hit, not only as a restaurant, but as a great cocktail bar as well.

In 2018, her team’s work was rewarded as she was crowned Best Chef: South at the James Beard Awards. For an encore, she opened Bywater American Bistro in an up-and-coming neighborhood of New Orleans. She has recently reopened Bywater, but says Compère remains closed for the moment, and may reopen in September.

In this episode of Robb Report Culinary School, Compton joins culinary editor Jeremy Repanich to show how she makes hot honey butter roasted chicken. She also shares how New Orleans is faring during the pandemic and discusses her work with the Independent Restaurant Coalition.