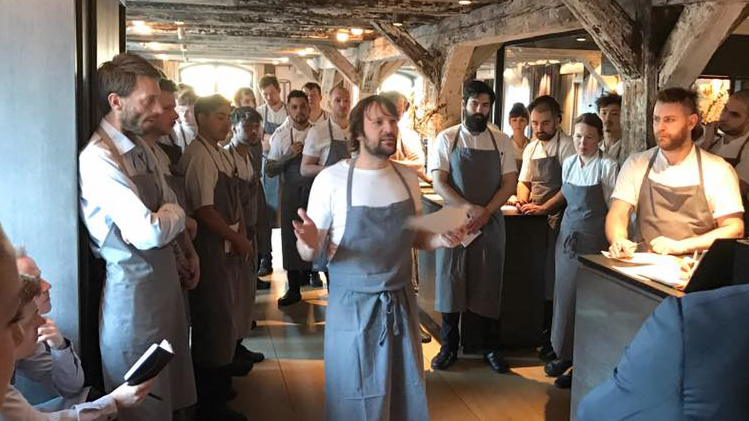 Yesterday the reservations for the new Noma went on sale and in less than 24 hours, every single available table was booked.

René Redzepi’s restaurant announced last week that tickets would go on sale and people apparently had their credit cards and browsers on standby, waiting for them to become available. Through the Tock restaurant ticketing system (created by Grant Achatz of Alinea), Noma 2.0 sold prepaid table reservations for DKK 2,250 (roughly $357), for bookings from February 15 through April 28. Opening night was sold out in less than a half hour, and by early this morning the last tickets were snatched up.

Those with tickets will enjoy the first iteration of the new Noma: Seafood Season, where the cuisine will focus on Nordic fish as winter is the best time of year to harvest and eat them. When that window closes at the end of April, the restaurant will scrap that menu entirely, then spend the summer focused on vegetable-driven cuisine—making it the friendliest time of year for vegetarian and vegan diners. In the fall, that menu will then turn to focus on game and food foraged from surrounding forests.

The newly reinvented Noma will move from its original space to a spot more on the outskirts of Copenhagen to make room for the urban farm that will supply much of the produce for the summer menu.

While the original Noma has been wildly influential to a generation of cooks—from the aggressively locavore style of cooking to even the earthenware plates you see at restaurants around the globe—Redzepi felt the need to innovate again, thus he shut that first location down. Always trying to be seasonal and local in his cooking, he feels the best way to do that now is to actually change the identity of the restaurant three times a year to maximize the meat and produce he can obtain at a given time.

So if you didn’t hop online yesterday and book, you’re not going to have the opportunaity to experience the seafood-centric menu at Noma. However, just make sure you’re on your game next time when the Vegetable Season bookings open.