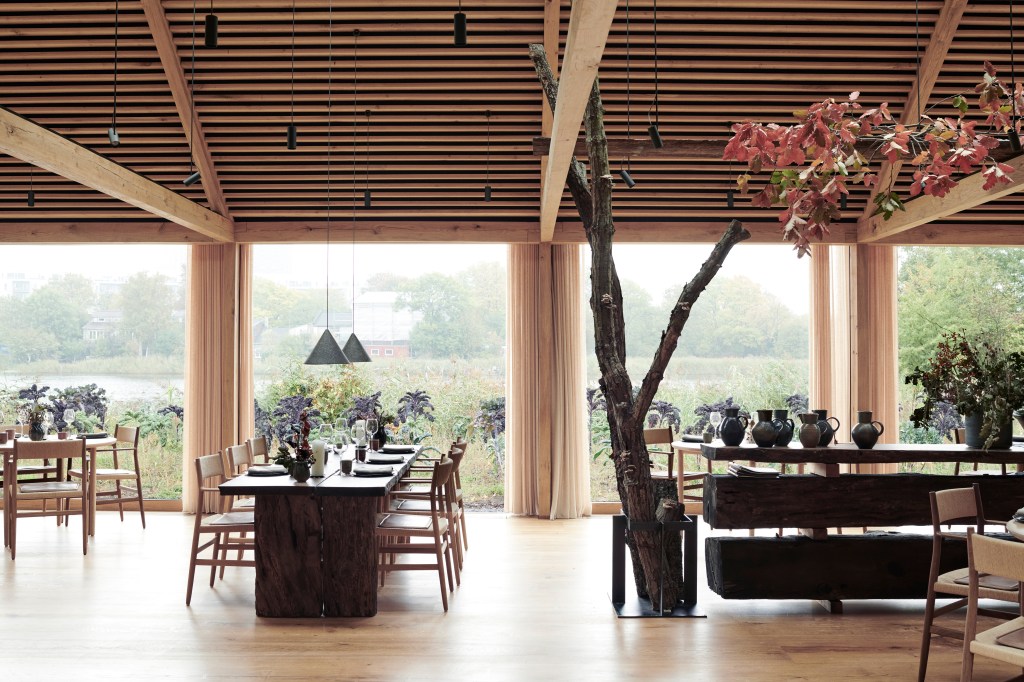 Followers of René Redzepi’s Instagram have come to expect the unexpected—a veritable journey through some unique ingredients and novel techniques. One day there’s a close examination of a lion’s mane mushroom; another he’s showing off how his team made a pinecone edible, or sometimes he just posting pictures of some truly strange sea creatures. You don’t expect him to post something as normie as a humble burger. But last week, that’s just what he did. “We feel in the first phase of the reopening that we want to be open for all. We need to heal, so let’s have a glass and a burger, you’re all invited,” wrote the chef of four-time world No. 1 restaurant Noma.

He was announcing the restaurant will be back on May 21, as Copenhagen and Denmark have eased Covid-19-related restrictions, allowing for more and more businesses to reopen. He was also letting the world know that the plan for the groundbreaking fine dining spot is to return quite humbly.

Phase one of reopening won’t really resemble Noma, and its elaborate hours-long tasting menu inside a rustic-yet-refined dining room. At 1 pm this Thursday, the small field between the restaurant and the stretch of water it faces will be turned into a casual wine garden, where there are no reservations and diners will have the choice of a cheeseburger or veggie burger. They’ll be served on a potato bun from Gasoline Grill and, of course, David Zilber of the fermentation lab has mixed in some undisclosed creations into the patties to maximize the umami flavor—this is Noma, after all.

Friends, we have exciting news to share. Restrictions in Denmark have eased, allowing us to reopen. This coming Thursday, May 21st, at 13.00 we will be opening an outdoor wine bar, with a selection of our favorite wines and two burgers: the noma cheeseburger and the noma veggie burger! No reservations needed – drop in only. We will need some extra time to prepare for the official reopening of noma, the restaurant as we know it. Please see the link in our bio for the full update.

On the same day Noma announced its reopening, Denmark reported a more important milestone: May 15 was the first day since March that there were no reported deaths in the country because of Covid-19. This despite the country already reopening elementary schools in mid-April. Denmark was the earliest European nation to go on lockdown, beginning on March 11, closing schools, businesses and large gatherings. Sweden went the opposite direction, leaving much of its economy open. Two months later, Denmark has 547 reported Covid-19-related deaths while Sweden has 3,679—the worst in Scandinavia.

Opening Noma as outside-only makes sense considering that the risk of Covid-19 transmission is believed to be lower outdoors compared to indoors. The staff is also holding off on traditional dine-in service to figure out how they’ll ramp up again and operate. In a statement posted by Redzepi on the Noma website he writes that they’re not sure when regular service will resume and thus is not accepting reservations. However, Michelin three-star Geranium across town has announced it will return for service on June 3, offering a glimpse into what fine dining looks like in a Covid-19 world.