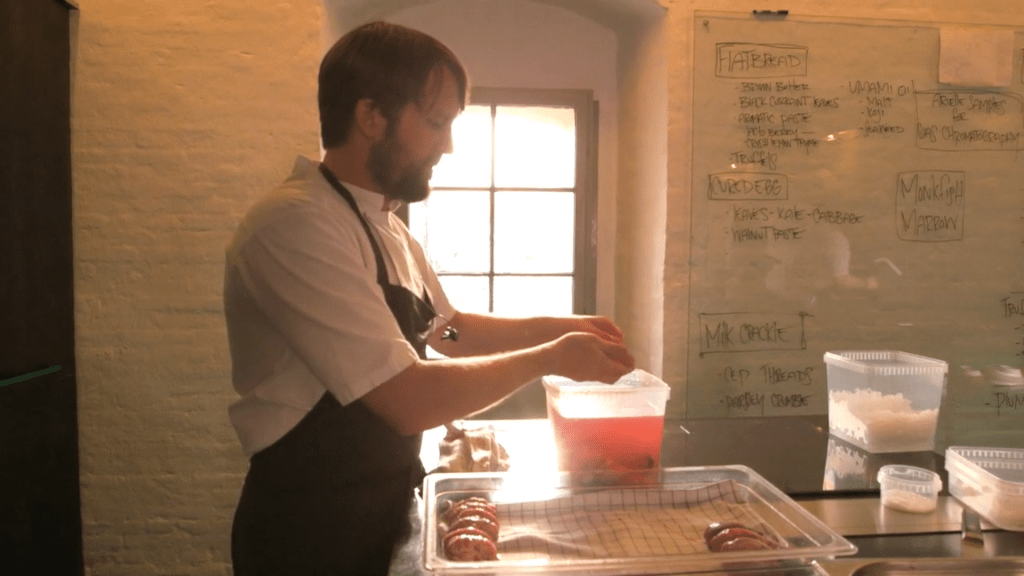 If you have already booked a December flight to Copenhagen, I’ve got some bad news for you. Noma just announced that its plan to open by the end of the year has been scrapped because of a complication in the construction of its new space.

Bloomberg’s chief food critic, Richard Vines, was the first to tip people off to the delay, tweeting that the much-anticipated reopening of one of the world’s top restaurants wouldn’t happen until mid-January.

But this delay isn’t happening because of problems with personnel, new menu development, or construction workers going on strike; it was a much more peculiar reason. Noma has now released a statement to explain what exactly happened:

“A few months ago, while crews were performing construction on the space that will house the new Noma, they stumbled upon an ancient stone wall buried in the ground. These things are fairly common in a city that is over 900 years old, but we dutifully brought archaeologists out to the site to inspect the wall and determine its origins. After a couple months, they declared the finding to be insignificant, and work resumed, but for that reason, we are delayed until mid-January with the opening.”

Because of the delay, René Redzepi’s team will extend their Copenhagen-based pop-up, Under the Bridge, which is an outdoor, family-style restaurant run by Noma’s vast army of sous chefs. The pop-up was originally expected to run until October 1 but will now serve dinner until November 12.

To get a better idea of why Redzepi decided to close down the first iteration of his groundbreaking restaurant, this short documentary explains his thought process and what he hopes to achieve by opening a whole new concept on an urban farm in a different part of Copenhagen.