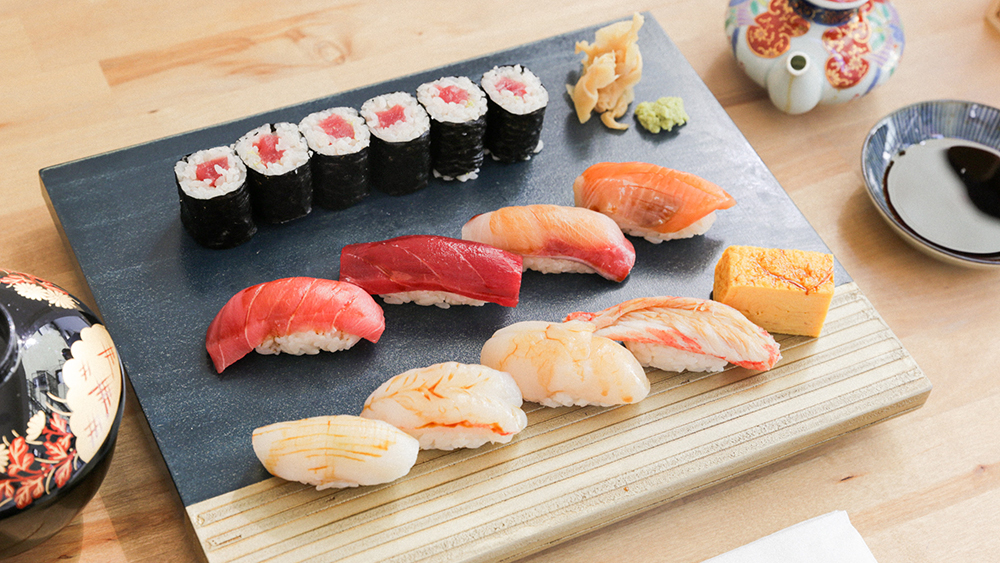 Calling all high-end fish enthusiasts in New York City: Noz Market, the retail shop from the team behind the Michelin-starred Sushi Noz, will reopen this fall.

The fish butcher, which has been closed for renovations since December 2021, will return in mid-October with a new look and expanded offerings. Most notably, the space will be open for indoor dining for the first time, with two sushi bars and just two four-top tables.

Noz Market initially opened in December 2020, selling seafood flown in daily from Japan. Along with the salmon, tuna, crab, scallops and sea urchin available for purchase, the shop also carried sushi and sashimi for carryout. You’ll still be able to get your seafood, chirashi bowls and handrolls to go, but you’ll also have the option of enjoying some of the food on site.

At the nine-seat counter and the two tables, you’ll be able to order okonomi-style (or “à la carte”) nigiri, while a smaller standing bar will serve temaki hand rolls, one of the original standout items at the market. The chefs behind the counter have been trained at Sushi Noz right next door, so you’ll be getting a comparable—albeit more casual—experience to dining at the restaurant. And in another nod to the first location, the space is being redesigned by Sankaku-Ya, the same team of Kyoto-based architects who built Sushi Noz.

That tasting-menu restaurant, led by chef Nozomu Abe, opened in 2018 and quickly became known as one of the best sushi spots in New York. Since then, it’s launched the offshoots Noz Market and Noz 17, a Chelsea restaurant run by Abe’s protégé, Junichi Matsuzaki, that opened last year. And in fall 2023, Sushi Noz will open its first West Coast location in Los Angeles.

For now, though, Noz Market will be a welcome re-addition to the New York culinary scene, whether you want to try your hand at preparing sushi at home or you’re simply looking for a more low-key way to enjoy Sushi Noz–caliber cuisine.