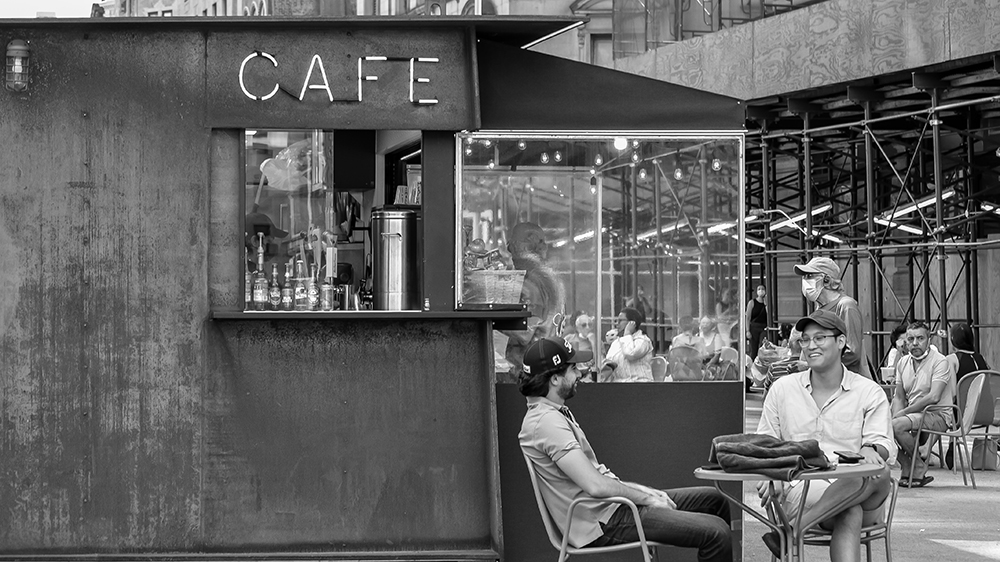 Outdoor dining has been a savior for restaurants and diners alike over the past two years. But some people, landlords in particular, are over residents enjoying their al fresco meals.

In New York City, this is playing out in a legal dispute between the owner of a building on Billionaire’s Row near Central Park and the restaurants that lease space on the ground floor. Osborne Tenants Corporation, which owns the apartment building at 205 West 57th Street, says that the outdoor dining provided by the restaurants has turned the area into a “three-ring circus,” according to reporting from The Real Deal. Hence, Osborne looked to terminate the lease and in response, three of the restaurants have sued the landlord.

During the pandemic, New York implemented the Open Restaurants program, which helped many eateries stay in business and, in turn, put money into landlords’ pockets as well. The program was so successful, the city made it permanent in February. But not everyone is so happy about that.

Last month, Osborne Tenants asked 57th & 7th Associates, the middleman that subleases to the restaurants, to get rid of outdoor seating and signage or risk lease termination. 57th and 7th passed that message on to its renters while also calling Osborne Tenants’ request “ambiguous.” This led three of the tenants—Carnegie Diner & Cafe, P.J. Carney’s Pub and Pizza and Shakes—to sue both landlords to stop the lease termination. (Osborne Tenants’ lawyers and the restaurants did not respond to The Real Deal’s request for comment. Lawyers for the restaurants and 57th & 7th declined to comment on the lawsuits.)

In court proceedings, lawyer’s for Osborne painted an unflattering picture of outdoor dining on the street. “There are tables everywhere, food and people are outside until later than 1:00 am, there are reports of crowds, people sleeping outside maybe after getting inebriated at the bar,” Osborne Tenants’ lawyer told the judge. “One subtenant apparently set up a hostess podium on the sidewalk, and it really needs to stop.”

So now the dispute is playing out in court. The judge has been somewhat sympathetic to the middleman, while a lawyer for Osborne Tenants has said that the building has been “extremely sensitive” to the restaurants’ struggle as Covid-19 continues throughout the city.

Meanwhile, the restaurants have made some concessions to the building’s demands. Carnegie Diner removed its 57th Street seating and took down at least one sign. But the restaurant’s dining structure on 7th Avenue still remains, along with that for P.J. Carney’s. “Some of this stuff has been up on the building for decades,” a lawyer for 57th & 7th said in his testimony. “The P.J. Carney’s has been there for decades, and now suddenly they are saying that has to be taken down.”

The local community board is advocating for stricter guidelines surrounding al fresco dining, but the court rulings will likely serve as a harbinger for future outdoor-dining disputes between landlords and restaurants.