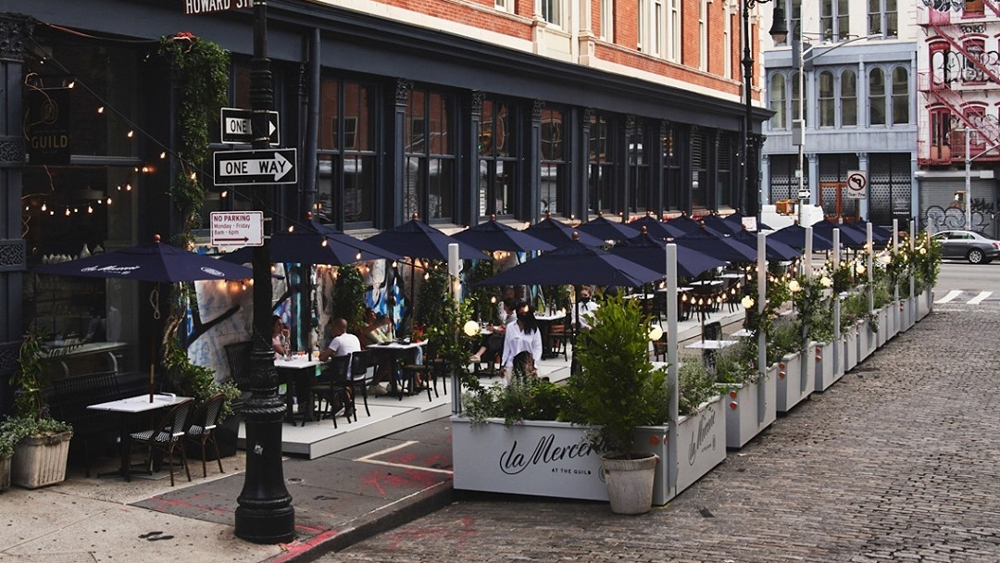 On Thursday, the New York City Comptroller Scott Stringer and State Senator Jessica Ramos of Queens voiced their displeasure with Mayor Bill de Blasio. Get in line, you might say to them.

They’d seen the city’s Open Streets program succeed and didn’t want it to go away. The initiative threw a lifeline to restaurants, allowing them to expand their outdoor seating onto sidewalks and streets to compensate for the lack of indoor dining. It also has turned 87 streets across the five boroughs into carless thoroughfares over the weekends. As the duo watched the program beginning to be scaled back and facing an outright end come Halloween, they wrote an open letter to the Mayor’s Office arguing the program should not only continue during Covid-19, but remain a permanent fixture of the city.

“It makes no sense to forfeit these vital public spaces, especially as the pandemic and the need for social distancing continues,” the duo wrote. “Open Streets have served as a case study in how we can add vibrancy to our neighborhoods and transform our streetscapes from throughways for cars into lively civic spaces.”

This morning on his “Ask the Mayor” segment on WNYC’s The Brian Lehrer Show, de Blasio responded by announcing he would, indeed, make the program permanent.

“The experiment has worked,” de Blasio said. “We have well over 10,000 restaurants participating. This is going to make it easier for restaurants to survive.”

The move follows Chicago extending its outdoor dining program into the winter, but de Blasio admitted New York isn’t as far ahead as the Windy City in releasing guidelines to those restaurants in regards to winterization. In Chicago, regulations on tents and enclosed domes have been shared with restaurants, but require certain amounts of ventilation to be used. It appears New York will allow those temporary structures to be more closed off to the elements.

“We want them to be able to enclose their facilities if that’s what works for them, but obviously with restrictions on seating, or keep them open and heated and they can be fuller,” the mayor said.

De Blasio’s announcement follows the City Council vote earlier this week to protect restaurateurs who have not been able to make rent. The Council had approved a temporary measure, set to expire on Sept. 30, that barred landlords from going after a tenant’s personal assets to secure rent. It’s a much-needed measure considering that 87 percent of 450 establishments polled by the New York Hospitality Alliance said they could not pay rent in full in August. And 34 percent of bars and restaurants couldn’t pay rent at all.

While these temporary measures are sure to help, the Independent Restaurant Coalition continues to lobby Congress to pass a relief package that would inject more capital into the deeply struggling industry.