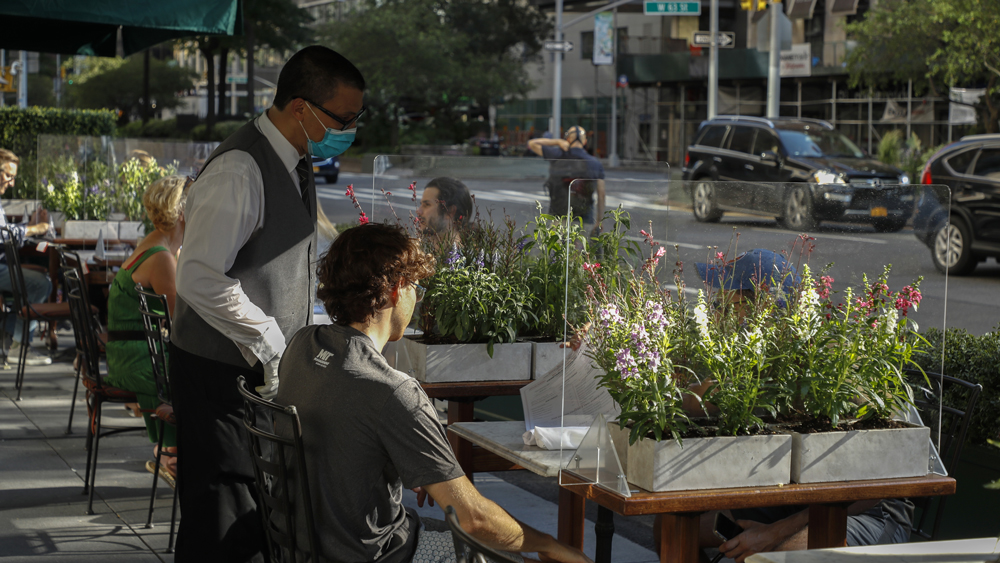 After bending its Covid-19 curve, New York City has begun to slowly emerge from lockdown. Because the outbreak was so acute in the region, the city has intentionally trailed cities like Los Angeles and Houston, which allowed their restaurants to resume indoor dining in May. New York City planned to do the same on July 6, but with governments across the country doing an about-face on their reopening plans amid a nationwide surge of Covid-19 cases, the city postponed the reopen date indefinitely.

Now, city officials are turning to a different plan to help ease the economic pain of restaurants that have not been able to open their dining rooms since March. Late last week, Mayor Bill de Blasio announced that 22 additional New York City streets would be shut down to cars on Fridays, Saturdays and Sundays. The hope is that opening the streets would make them more inviting to pedestrians, bringing customers to restaurants that offer expanded outdoor seating. Notably, the plan doesn’t just allow restaurants to serve diners on sidewalks but in parking spots directly in front of the businesses as well.

However, the moves by the city have hit some snags. Restaurants getting a jump start on the original outdoor seating plan New York announced ahead of the June 22 opening fell victim to shifting standards in the rollout. While establishments already certified for outdoor dining could forge ahead as usual, any establishment that wanted to introduce curbside seating had to seek permission from the city again.

That includes building barriers around the makeshift patios. Because the city changed the required width of those barriers, any restaurant that had already built them to specifications thinner than the new 18-inch requirement was denied approval and had to pay for upgrades themselves, reports the New York Times. The added cost stung Julie Reiner, owner of acclaimed bars Clover Club and Leyenda in Brooklyn, who had to quickly rebuild her barriers costing her $1,000, she told the Times. Other restaurants suffered even more under the rule change, as they had to shut down for a few days in order to update the enclosures, not only losing out on the construction costs, but on days of lost revenue.

Despite the hiccups, the program does appear to be achieving some of its intended effect. Other restaurateurs have acknowledged that this increased seating area has helped with revenues. But the program will only help for so long, as it’s scheduled to end in August.