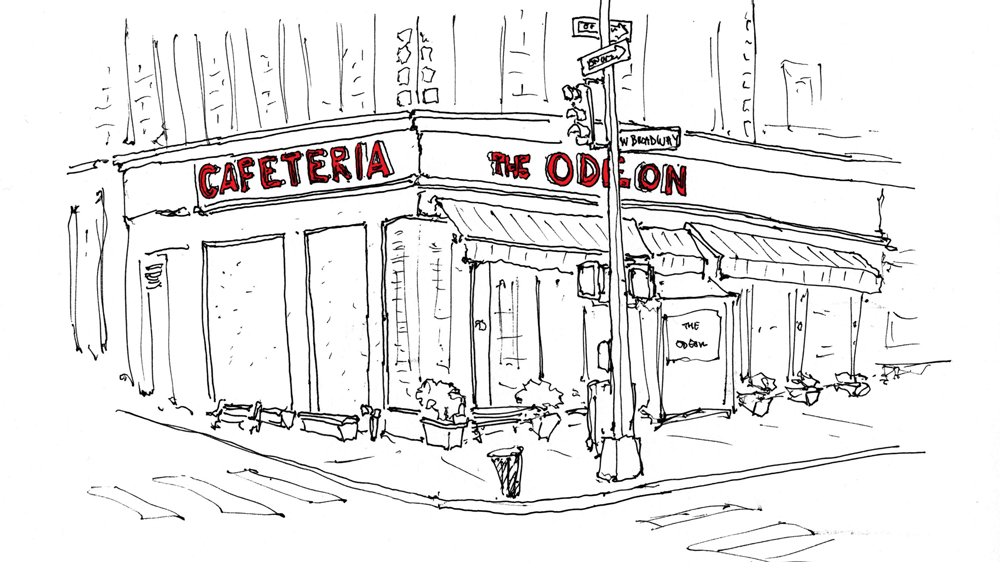 Ann Redding and Matt Danzer’s Thai restaurant Uncle Boons has been a beloved addition to Manhattan’s Nolita neighborhood since 2013. Busy services led to glowing accolades—including a coveted Michelin star in the 2016 guide. It’s the kind of place with character and a dedicated fanbase that would attract the pen and paper of John Donohue, a man with the mission of drawing every restaurant in New York City.

“The remarkable thing about this project is that it connects people to good memories of a place,” Donohue says. “They go there with friends or they met their wife there or they proposed.” It’s that emotional connection people have with restaurants that compel them to buy limited prints of Donohue’s drawings or the book he published in 2019. As the pandemic has raged and decimated the restaurant business, memories are all that remain of places like Uncle Boons, which announced its permanent closure in August. So Donohue has found a way to help the industry and its workers this holiday season, because of how restaurants have helped him.

Donohue’s drawing began as a bit of therapy for himself. After losing his job at The New Yorker a few years back, the editor turned to his art. He’d had cartoons published in the magazine, but that wasn’t his primary responsibility there. After he left The New Yorker, the act of drawing even something as simple as the dish rack in his kitchen gave him solace.

“It’s so calming—it really just resets my whole state of being,” Donohue says. “I think it’s because it’s nonverbal and, basically, a mindfulness practice—although I never really explain it that way. I’m much more interested in the process than the results.”

He drew objects all around his New York apartment, but as he went out to job interviews or was around the city, he started sketching restaurants, because in New York there’s invariably a great one nearby. On January 1, 2017, he made his drawing of The Odeon the first one he posted to his site and kept going from there. Sometimes it was proximity that made him pick a new place, but he also thought about the reputation and cultural importance of a restaurant to decide where to venture next. Everything from Per Se to Junior’s found its way into his sketchbook, providing a snapshot of city life.

Each drawing takes about 20 minutes for him to do, with a little splash of color he’ll do in photoshop after. He works in the environment and people if he can, even incorporating a car obscuring his view, like what happened with his drawing of the beloved Brooklyn pizzeria Lucali.

As 2017 went on, his work began getting noticed, with Eater’s editor commissioning illustrations for the publication’s office and eventually Abrams signing him to a book deal that would include him sketching restaurants in London and Paris as well. And he sold prints on his site, limiting them to just 365 available. “I wanted each numbered one to be a beautiful reminder of how our days are numbered.” Even after Donohue’s book published, he continued to draw restaurants around the city, adhering to his unreachable goal to draw them all. Then the pandemic hit.

The city he tried to capture through his drawings went into lockdown. And he himself faced a bout of Covid-19 from which he would thankfully recover. The mix of the lockdown and the cooler weather mean he’s been drawing a little less of late, so he’s doing his part by donating 50 percent of proceeds of sales from his existing prints to the Restaurant Workers’ Community Foundation’s Covid-19 Emergency Relief Fund.

You can search Donohue’s map of available restaurant sketches online. Order one for yourself or as a gift and know that you’re aiding the restaurant workers who helped make those memories for you in the first place.