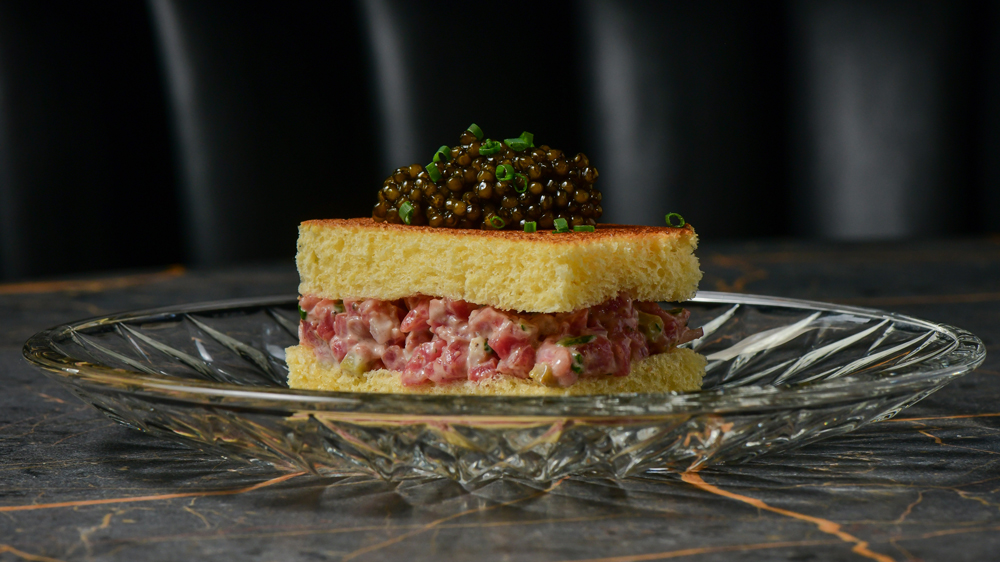 In the 1970s, before king of late-night TV Johnny Carson moved The Tonight Show to Hollywood, he would often leave his office in Rockefeller Center not through the front door, but through a secret stairwell that led to a century-old pub named Hurley’s. Hurley’s, located inside a four-story townhouse on the corner of 49th Street and Sixth Avenue, was an infamous hangout for cultural luminaries like Jack Kerouac and broadcast industry icons including Carson, David Letterman and the cast and crew of Saturday Night Live.

Hurley’s shuttered its doors in 2000, but the building remained intact. Now a team of hospitality and entertainment stars including SNL’s Pete Davidson is resurrecting the mythical watering hole and is hoping to make the new space a legend in its own right.

While Pebble Bar (67 W. 49th St.), which opens Wednesday, March 2, is in the former Hurley’s location in Rockefeller Center, it is not a reincarnation of the circa-1892 pub that once stood there; it is an entirely new project born from its ashes.

The bar and restaurant is inside a four-story townhouse.  Photo: courtesy Nicole Franzen

“We’re not trading on the nostalgia of Hurley’s—we’re trading on the nostalgia of the spirit of Hurley’s,” co-owner and operator Noah Bernamoff said. “It was not just a drinking establishment in Midtown. It was a clubhouse for NBC production teams and SNL late-night parties. It was a special place that felt aligned with the interests of the people who work in and around Rockefeller Center.”

Pebble Bar occupies all four floors of the historical building, which miraculously escaped demolishment—the fate of most buildings on this block—due to its obstinate tenants. The new interior, imagined by the team at Gachot Studios, is reminiscent of the creative energy that filled this space through the decades and is unique to each floor.

“Nostalgia is valuable, and there’s a strong sense of it here,” Bernamoff said. “We’re in what was basically a fortress in the center of the universe. From an architectural standpoint, [Gachot Studios] was working from sort of the remnants of the ’60s into the opulence of the ’70s into the glamour of the ’80s.”

Back in the day, NBC stars could sneak into the old bar through a secret door.  Photo: courtesy Max Flatow

On the ground floor, a welcoming foyer is paneled in oak and tiled in a mosaic design. The second floor is built around a back-lit bar and offers dark stone tables, brass drink rails, vintage RCA speakers and a view over Sixth Avenue. The third floor features a marble-lined oyster bar and a dining room that seats 35 around leather-upholstered, curved banquettes. The top floor, which is reserved for private parties, is reverently called Johnny’s, after Carson. It can host up to 50, has a bar, sofas and black piano, and is accessible via a hidden entrance in Rockefeller Center.

“This building is mythical. The characters, the people who were in here and who were working in here were making a major cultural statement at the time,” Bernamoff said.

The food menu is led by executive chef Carlos Barrera (the Lobster Club), with a focus on seafood towers and bar snacks—dishes diners would expect at a social club.

“We’re not trying to intellectualize the food,” Bernamoff said. “We’re trying to keep it classic and delicious, with perhaps a surprise or two in terms of which flavors we’re engaging.”

Half of the beverages on the menu are greatest hits, while the rest are seasonal tipples named after old Rockefeller Center nomenclature. There’s the customary Martini 1-H (named for “Studio 1-H,” the nickname NBC crew members gave Hurley’s) and the Carousel (named after a nearby jazz club), made with mezcal, pineapple, cinnamon, chipotle, Campari and lime.

“We’re trying to feed from what we’ve got around us,” Bernamoff said.

Bernamoff hopes the neighborhood will feed off of Pebble Bar, too. It is one of the first restaurants to open in a massive, planned redevelopment of Rockefeller Center. And Pebble Bar’s relaxed vibe and prime location in Midtown mean it could be a draw for broadcast news stations’ cast and crew, SNL cast and crew and other NBC studio shows’ cast and crew, in addition to the other office workers and residents who spend their days in the area.

“We want to be a place where people stop in and don’t feel like it’s just like a drink with your colleagues before going off to dinner with your friends,” he said. “We think this is a place for people to come and settle for the evening and go late.

“What I see in this project and what I think some of the other folks who are involved see—folks who are either comedians or actors or musicians or artists—is the Renaissance of Midtown. And the fact that there really isn’t anything of this ilk here right now. It’s a lot of pubs, which are great, but that’s kind of what it’s been for a long time. Midtowners haven’t had an elegant drinking destination open in a very, very long time.”