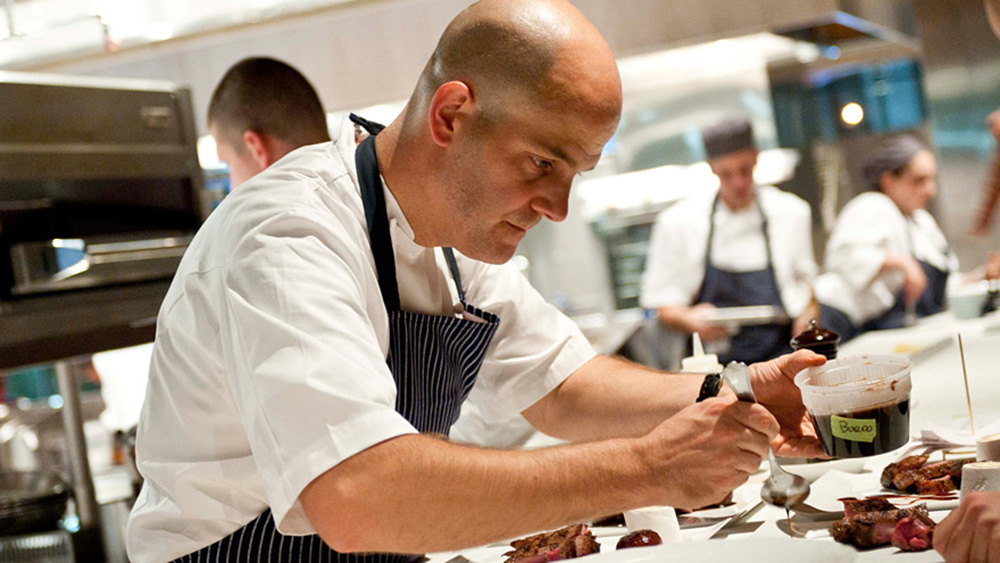 The intimate Michelin-starred Benno at the back of New York’s Evelyn Hotel experienced an extended pandemic slumber. Chef Jonathan Benno was finally able to reopen his restaurant this past September. He also revamped the Italian restaurant he ran inside the hotel, with Benno and Bar Benno both leaning into French fare. He hoped he could get his operations back on their feet.

But in December, while some restaurants around the country shut themselves down once again to get through the Omicron surge, Benno decided to pull the plug entirely. “After careful consideration, Benno Restaurant will remain closed permanently after a Covid outbreak,” he wrote on Instagram. “The pandemic has changed the landscape of this industry in ways we couldn’t have ever imagined.”

Across the country, the latest Covid-19 surge has hit the beleaguered industry hard yet again. After the post-vaccine glow of people returning to restaurants, successive waves have taken a toll and in December the effects were pronounced. According to a report released by the Independent Restaurant Coalition, more than 60 percent of restaurants surveyed had their sales drop by more than half in December. And the restaurants that didn’t receive the limited amount of Restaurant Relief Funds in 2021 are especially hard hit. One in four of those restaurants face eviction and nearly half are approaching bankruptcy, according to the IRC report.

The speed at which Omicron has spread has made the problem acute. It is now the dominant variant in America not long after being detected stateside. The first case was reported on December 1, and by January 1, it was 95 percent of all Covid cases, according to the American Medical Association.

Even though Omicron is decidedly more infectious than the initial strain that shut down the economy in 2020, government leaders have not locked down restaurants this time around. Despite that, many went back to takeout only operations over the holidays to limit exposure. And dine-in sales have dropped with people going out less as they wait out Omicron, which has also caused a rise in cases among vaccinated people.

The new wave of economic hardship has led another call by industry leaders to Congress to replenish the Restaurant Revitalization Fund. When it was administered last summer, the $28.6 billion allocated in the $1.9 trillion American Rescue Plan Act didn’t cover the $43 billion worth of grant applications. “Independent restaurant and bar owners left out of the Restaurant Revitalization Fund are taking on massive debts, laying off employees and selling personal assets to stay in operation,” says Erika Polmar, the IRC’s executive director. “The nearly 200,000 restaurants and bars left behind in the first round of funding do not have much time left.”