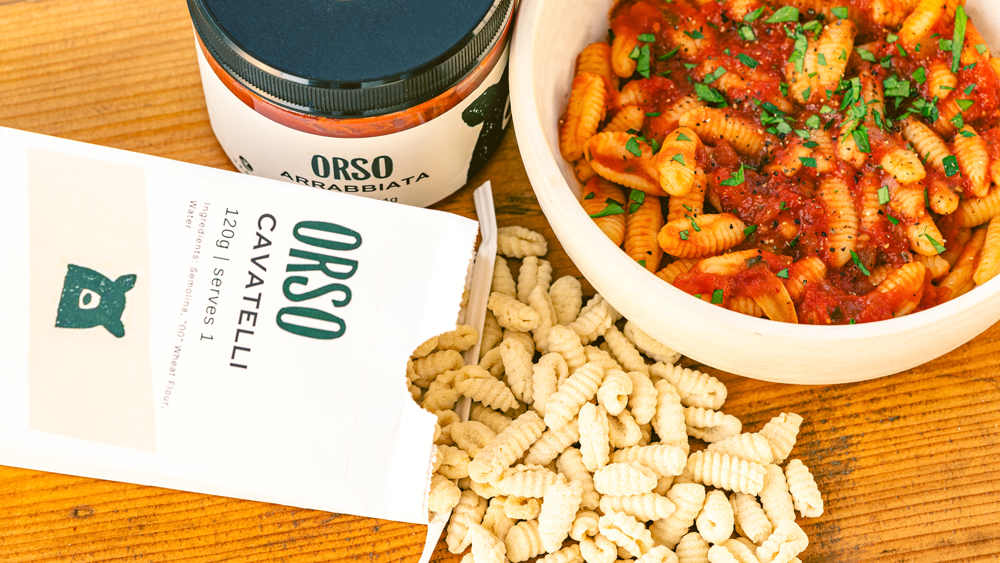 For Josh Buckwald, 2020 began with the kind of fear any young chef would find relatable. After working in some great Los Angeles kitchens, he was ready to go out into the world and open his own restaurant. As far as the food went, it wouldn’t be a radical departure from what he had been doing for the previous two-and-a-half years. Pasta is his comfort food and at Rossoblu—Steve Samson’s ode to northern Italy in Downtown LA—Buckwald worked in the pasta program making some of the city’s best handmade noodles. He left his job in December and was pushing hard to open this year. With plans and an investor deck in hand, he had a preliminary lead on a location, but as the lease got closer to reality, reality got strange.

“I was going through all the scary craziness of opening a place, but then I heard murmurings of a shutdown coming,” Buckwald says. As Covid-19 began emerging stateside, he heard from a friend inside the mayor’s office this wouldn’t be some passing occurrence, but a much longer ordeal. Sure enough, all of LA’s restaurants, like many across the country, were shut down. And his plans to open his dream spot ground to halt. But what he’s doing now has changed how he plans to run a restaurant even long after the pandemic has passed.

When the shutdown first hit, the young chef didn’t rest on his laurels. Well, he rested for a little bit. “My wife and I watched 16 seasons of Greys Anatomy—so I’m all caught up,” Buckwald says. “We watched DJ sets on Instagram Live and lived through the toilet paper shortage and when the dust settled and we got to the other side it was like, “What now? Am I just not going to do this now?”

With the industry decimated and no restaurant work to go find anyway, he decided to just plow forward on a new path. In late April, Buckwald created Orso, a delivery-only restaurant where he’d drive handmade pasta and sauce kits all around LA. It began with classics.

“I wanted to do high-end comfort food like Bolognese, cacio e pepe and handmade gnocchis,” he says. “That was at the start, and now we’re able to branch out and be a little more creative and seasonal, like our apricot chicken ragu we just launched.”

For a time he and his team operated out of a shared kitchen in Downtown LA, and then after some successful pop-ups at acclaimed cocktail bar Employees Only, they took over the kitchen there in West Hollywood. They handmake their pastas every morning and freeze them to preserve the moisture content until diners can drop the noodles into a boiling pot for two minutes while warming their sauce. The cacio e pepe arrives as a compound butter with parmesan, pepper and nutmeg that you slice and melt gently before tossing with a pasta of your choice. And for Buckwald to create the Bolognese, it’s a six-hour process that involves hand-cutting all of the pork shoulder for optimal texture.

From Santa Monica to Manhattan Beach to the Valley to Santa Clarita, Buckwald traverses the Southland, dropping off kits to people, where each one is dinner for two. As he’s got into a groove with Orso, he’s still thinking about how to make it a dine-in restaurant in the future, but certainly not the same model he’d been planning back in February.

“The delivery, e-commerce and retail side will always be a tenet of what we’re doing, because it’s more far-reaching,” Buckwald says. “We’ll have that spot where people can come, but I’m obsessed with this now and being accessible to someone in Manhattan Beach who just wants to have a really good Bolognese at home.”

This new model will require a different type of space than what he’d looked at before—one where he’ll have the room to run a service, but also a large enough kitchen that can keep up with pasta kit demand. That also has him excited for changing the math on how he runs a restaurant in the future, moving away from a profession that’s been built on exploitation and low pay. “I know people who get paid for 40 hours a week but end up working 80 and you’re told that’s the business you signed up for. The service industry has been slowly, piece by piece, decaying for a long time because it has been built on the backs of people who aren’t in a great position to advocate for themselves,” Buckwald says. “E-commerce plus service will be our model and that’s how we’ll be able to provide health care and a 401K to people.”

The pandemic upending his best-laid plans may have helped him create a more sustainable restaurant from the ground up. “It’s been a blessing in disguise—we didn’t have to pivot to a new way of doing things; we were born in Covid.”