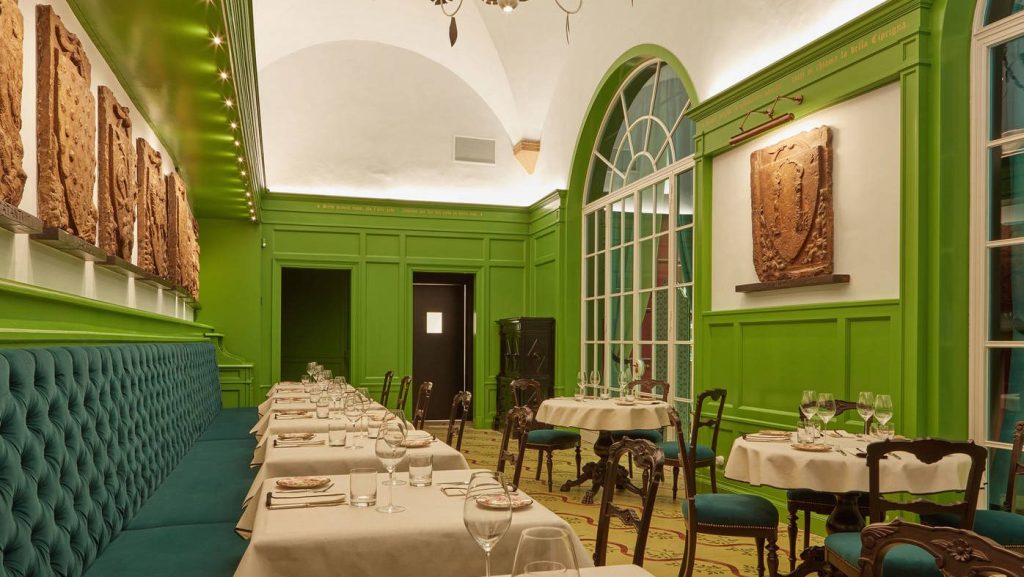 At the newly christened Gucci Garden in Florence, Italy, the company has created a museum and shop celebrating the fashion brand. And as part of the Garden, Gucci chief executive officer Marco Bizzarri coaxed his old friend, the three-Michelin-starred chef Massimo Bottura, to create a 50-seat restaurant inside.

Gucci Osteria is a continuation of fashion icons dabbling in the culinary arts. Last year, Dolce & Gabbana launched its own line of limited-edition pasta, teaming up with century-old pasta maker Pastificio G. di Martino. It quickly followed that with a line of refrigerators, toasters, and teakettles that are, well, they’re something. And Tiffany & Co. debuted its café in New York City with lines around the corner to get in. If you’re going to be a lifestyle brand, you might as well dabble in the best part of life: eating.

For Bottura, he feels that pairing with a fashion icon is a natural fit. His whimsical and inventive platings at his flagship restaurant Osteria Francescana—like his faux-disaster dish “Ooops I Dropped the Lemon Tart”—have shown he’s long had a stylish approach to food. “Haute couture and haute cuisine are a recipe made in heaven,” Bottura told reporters at an event celebrating the opening.

On the menu, there are the classic dishes you’d expect from the Italian master, like Parmigiano Reggiano tortellini, mushroom risotto, and cacio e pepe. But being a global sensation now, Bottura brings a taste of his world travels to the Gucci Osteria. There’s a tostada inspired by Peru, pork buns that seem out of place on a Momofuku menu, and a burger that comes lovingly packaged in a little pink box.

And now that the doors have opened, the select few diners who have tried Osteria Gucci are sharing their favorite dishes on Instagram.