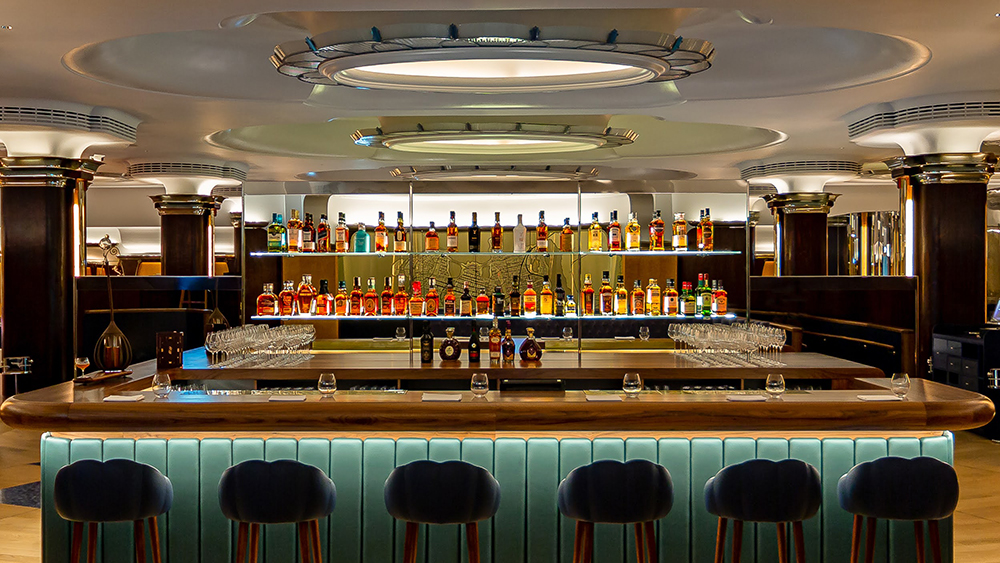 Gotham City, the fictional home of Batman, has been depicted in several different mediums: comics, movies, television shows and more. Now it’s a place you can actually step into, at the London restaurant Park Row, which has been conceptualized as the luxe, fine-dining home of the Caped Crusader.

This isn’t exactly your typical movie tie-in. Park Row aims to bring the spirit of Gotham City to life, without all of the gimmicks you might find at a pop-culture pop-up; there’s no mannequin in a Batsuit glowering over your banquette while you sip some concoction called a Batini, for one. They opted for more subtlety than a Planet Hollywood, thankfully. What that means in practice is a space divided into different sections that play off the characters found in the DC Comics universe (the restaurant was created alongside Warner Bros. and DC).

“We wanted it to not break the fourth wall,” James Bulmer, the restaurateur behind the project, told Delish. “So when you cross that threshold into the restaurant, you pretty much step into our version of Gotham City—a real-life movie set and adult playground.”

At Pennyworth’s, a nod to the Wayne family’s butler, you’ll find classic cocktails, caviar and Inishtree single malt whiskey (you can buy one of the fewer than 20 bottles remaining for $617 each). The Iceberg Lounge pays homage to the fictional club founded and operated by the Penguin, while the Rogues Gallery spotlights Catwoman. And Old Gotham City is a faux-seedy lounge inspired by the studies of Poison Ivy and the Scarecrow.

As for the food, dishes also harken back to Batman and his crew of family, friends and foes. Of course, some of his personal favorites, such as Mulligatawny soup and rib-eye steak, appear on the menu. Other options take creative inspiration from the various characters: The Joker Fish is a pan-seared Atlantic cod plated with splatters of red, yellow, green and white purée, while I Am Fear features a slow-cooked duck egg and raw enoki mushrooms served in a cloud of smoke. If you’re looking for something even more special, a 10-course menu is offered in the VIP Monarch Room, named after the spot where Batman’s parents were killed.

Many of the details at Park Row can be admired by Batman fans and non-fans alike. But die-hard Bruce Wayne lovers will be happy to know that about 50 easter eggs are hidden throughout the space (no spoilers, but keep an eye on the clocks and the artwork.) “What we have been trying to do across the design everywhere is hide these wonderful back stories that connect to the main character and villains,” Bulmer said. “It was our way of allowing you to come here, experience it as a restaurant, and walk around to discover these clues.”

Park Row is open Tuesday through Sunday. Check out more images of the restaurant below.