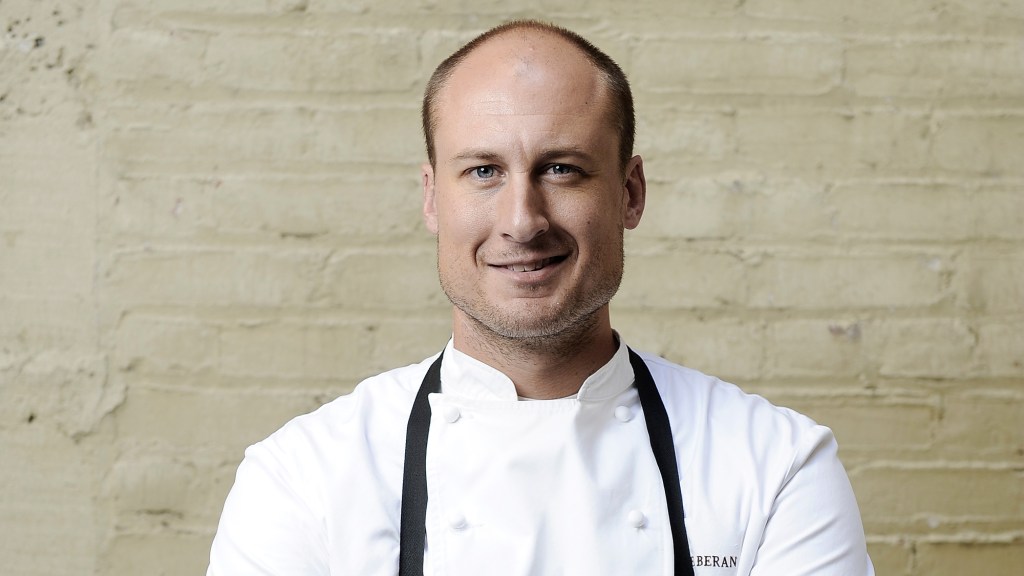 Beef bourguignon may be an iconic dish, but it offers a very limited glimpse into French culinary traditions. French food is more than a few standby recipes; it has a distinct personality in each region of the country. For example, in the Alps, the food is hearty and cheesy. On the Mediterranean coast, seafood and olives proliferate. And in the western woodlands, plentiful mushrooms and wild game characterize the fare.

So if you’re going to cook French food in Los Angeles, why not give it a California accent? And why not leave the expected dishes—the beef bourguignon and the escargot—to someone else?

“None of the food is anything that you’d typically pluck off of a normal French menu,” Beran said. “We wanted this be our version of French food. Looking at French cuisine, not through the eyes of the classics, but through its more product-driven philosophy allows you to take more liberties with the cuisine and still uphold the feeling behind it.”

Pasjoli, which translates to “not pretty,” is Beran’s second restaurant. His first, the tasting menu-only Dialogue, was awarded a star in the inaugural Michelin Guide California, which came out in June. Before staking his ground in California, he worked under America’s molecular gastronomy king, Grant Achatz, at Alinea and Next in Chicago.

The menu at Pasjoli is inspired by the lighter side of French cooking, unlike the heavy, butter-laden dishes many Americans have come to associate with bistros. The list of things not on the menu may be longer than the list of things on it. Don’t expect to see staples like French onion soup or steak frites. Beran purposely didn’t install a deep-fryer in his kitchen.

“A lot of people, including myself for a long time, have a bit of a misunderstanding of French cuisine, where you kind of perceive it as this really heavy, weighty, hearty food,” Beran said. “That’s a small snapshot of what it really is. Our food is much lighter than I think people would typically imagine French cuisine to be. I mean, it’s not like just salad, but it’s also not bowls of cream.”

What’s actually on the menu is dishes like thon à la Provençale (marinated tuna with tomato concassé and yogurt), carré d’agneau du Rhône (rack of lamb with olive and lamb jus, artichokes and grapes) and vegetarian champignons (roasted hen of the woods mushrooms with white beans and a buckwheat crêpe). There is also golden Osetra caviar, which is served from a brass cocktail cart and accompanied with smoked sturgeon and brown butter potato chips. The restaurant’s popular canard rouennais a la presse (pressed duck) is also finished tableside. The dish, meant for two, is limited to 10 preparations per night.

Beran also offers his take on foie gras, an ingredient that is banned statewide. He infuses chicken livers with Madeira and butter (like goose liver torchon), stuffs it into brioche and tops it with shaved black truffles.

“This is our interpretation of French food through the eyes of the Parisian markets and their similarities to the local markets here in Santa Monica,” he said. “We look at what we have here first, in L.A., then you start to say, well, what can we do that’s inspired by different things that we’ve seen within French cuisine? We’re not finding all the wild mushrooms at the market here that you might find in a market there. But I think when you approach it not from a specific ingredient, but rather from the philosophies behind it, you’re able to broaden the spectrum of what you’re capable of doing with the ingredient.”

He is also bucking some modern restaurant fixtures at the restaurant, like small, shared plates. Appetizers, entrees and desserts are portioned for one, the old-fashioned way. (Pasjoli doesn’t stop diners from sharing food—the duck and caviar, for example, are meant to be shared—but each course is designed as a complete dish, for an individual.)

“I’m over that style of dining, honestly,” he said. “There was a point about 15 years ago when all of a sudden restaurants stopped doing the appetizer, entrée, dessert thing and started saying, yeah, everyone should order two to three things per person. And everyone got a share plate and everything came to the table whenever it was ready. Now you have the whole genre of diner who only knows how to eat like that. Shared food is really easy for restaurants to do, but it’s not necessarily better for the guest.”

“We didn’t want this to be a formal restaurant,” Beran said. “When we started construction, we told the construction workers to leave the doors wide open every day. So when people walked by, they could poke their head in and could feel a sense of association with it as they watched it being built. I just honestly want this to be an awesome neighborhood restaurant that people in the neighborhood feel like is part of the community.”