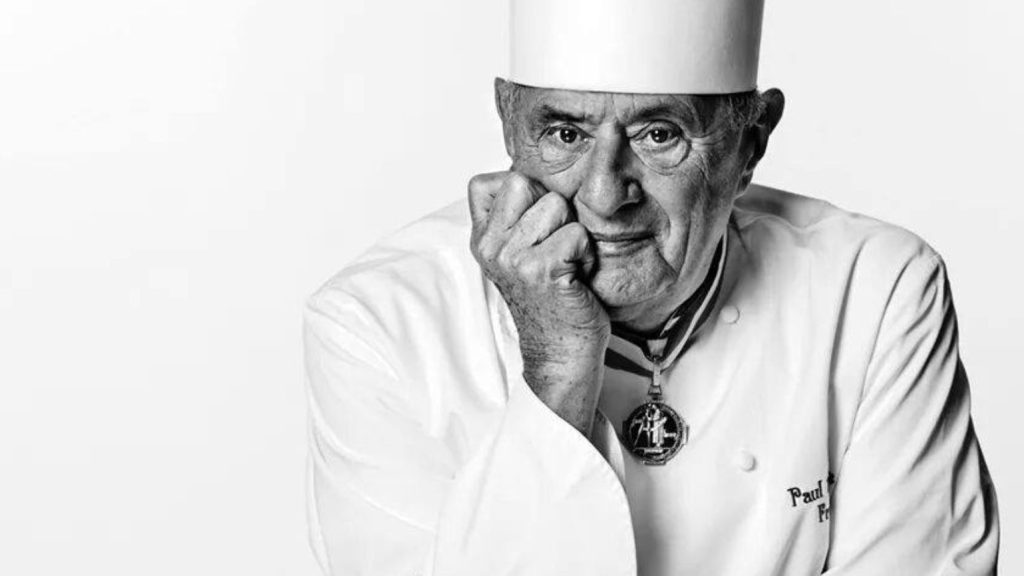 Thomas Keller strode across the room, buttoning his chef’s whites, paused for a moment and fished around his pocket for his phone. He peered at the screen and then set it down on the table beside him. It was hard not to notice his iPhone case. The chef who has become an icon of fine dining in America with not one, but two three-Michelin-starred restaurants, paid tribute to an icon from a previous era. Keller’s phone had a picture of Paul Bocuse emblazoned on the back.

Such is the reverence in the culinary world for Bocuse, the man the Culinary Institute of America named “The Chef of the Century.” He changed not just French food, but also fine dining all over the world, as a pioneer in nouvelle cuisine. On Saturday morning, his family announced that Bocuse had died at 91.

“Paul Bocuse was my idol, somebody who I hope someday to be like,” Keller told Robb Report. “He had such great influence over his friends and certainly his country and the reputation of his country from a cuisine point of view. And was able to express that around the world and really opened up the doors for so many people. If I can just be a modicum of him Paul Bocuse was, then I’ll be really happy.”

In post-WWII France, a new style of cooking emerged that eschewed heavier sauces of traditional French cooking, focused on fresh ingredients, and emphasized visual artistry. But the building blocks of nouvelle cuisine that Bocuse spread around the world remained rooted in classic technique.

“My father never reinvented the wheel,” Bocuse’s son Jérôme, a chef himself, told Robb Report. “He had his mentor, Fernand Point from Restaurant La Pyramide, close to Lyon. It was an iconic restaurant. All the celebrities, everybody that was traveling from north to south was stopping at La Pyramide in the end. It was a very classical establishment. My father, after working there, that’s the kind of cuisine he believed in.”

“Back then a lot of restaurants were doing the same kind of old-fashioned Escoffier-style cooking, with lots of sauces hiding the ingredients, and the same dishes night after night,” Bocuse told the New York Times in 2007. “Point was a perfectionist who gave value and credibility to the finest ingredients.”

After eight years La Pyramide, he took over his family’s restaurant outside Lyon, Auberge du Pont de Collonges, in 1956. He earned his first Michelin star in 1958, a second two years later, then his third in 1965. In the 1960s and ‘70s he became the face of the nouvelle cuisine movement, a testament to his craft and his knack for showmanship. He wasn’t just a grunt cooking food who was hidden in the back out of the view of guests, he embraced being one of the original celebrity chefs. And he took his cooking worldwide, opening restaurants from France to Japan to even Epcot Center in Orlando.

Even as his heyday in the kitchen passed, Bocuse’s influence was still felt. In 1987, he started Bocuse d’Or—the international competition that has become like the culinary Olympics. Every two years chefs gather in Lyon to cook intricate and extravagant dishes in five hours for the judges. “After the 1970s, when a new cuisine revolutionized France, chefs had come to France to learn and gone back to their countries,” Daniel Boulud told Robb Report. He wanted to bring those chefs back to France to compete. “Bocuse felt like, we have an Olympics about everything, why don’t we have one for cooking?”

But even as the competition grew, Bocuse was troubled by the United States’ poor performance. Bocuse, the consummate French chef, had a soft spot for America, according to his son.

“My father was always really attached to the United States,” Jérôme says. “It goes back to when he was shot during World War II. He was saved in an American field hospital and since that day he said, ‘I have American blood flowing through my veins.’ That’s something you never forget.”

So he called on fellow Lyon chef Boulud to right the problem and improve the American team. “When Paul Bocuse asks you to do something, you never say no,” Boulud says. Bocuse also encouraged Keller and Jérôme—who lives in America—to join together on the project, and the three founded Ment’or, which has grown beyond its mission of training the U.S. team for Bocuse d’Or. It has grants and mentorship programs, furthering American cuisine as Bocuse had hoped.

Last year, the U.S. team finally took home the top prize with Mathew Peters winning gold at Bocuse d’Or. “I think it was a dream for Paul Bocuse to have America on the podium,” Boulud says.

When news of his passing spread this morning, chefs both young and old took to social media, posting on Instagram and Twitter their remembrances. Tom Colicchio said he was “the giant whose shoulders we all stood on.” And Dominique Crenn uploaded a picture of Bocuse and said she was heartbroken.

“Mr Paul was France. Simplicity and generosity. Excellence and art of living,” French interior minister Gérard Collomb tweeted. “The pope of gastronomes leaves us. May our chefs, in Lyon, as in the four corners of the world, long cultivate the fruits of his passion.”

The Best Gifts for a Home Bar, According to a Professional Bartender