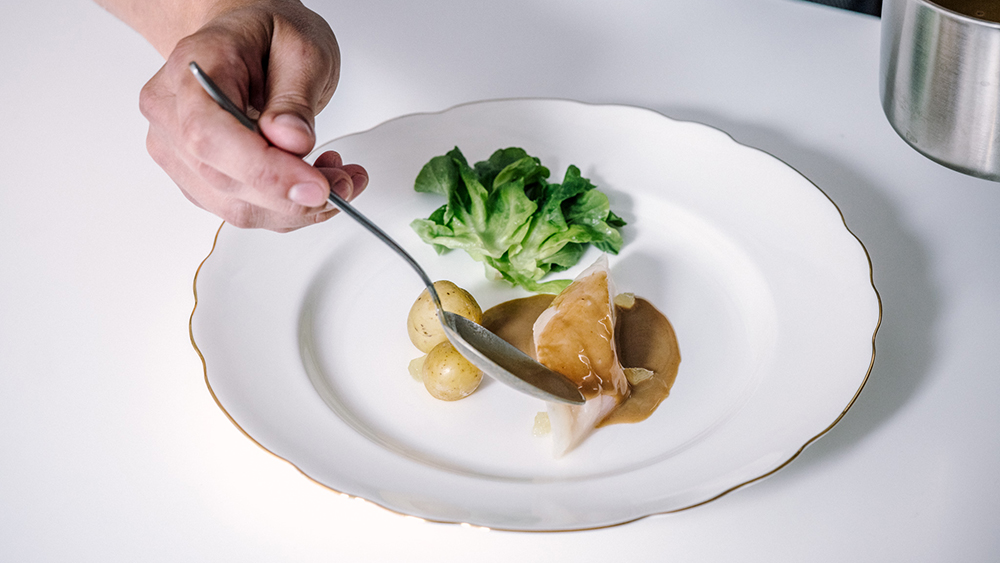 After honing his craft for years under New Nordic cuisine masters, one chef is preparing to explore what may be called New New England cooking.

Later this month, Chris Cote will open Pearl Street Supper Club, a 10-seat tasting counter in Dumbo, Brooklyn. The chef—who previously had stints at the Michelin-starred Aska and Noma—will serve diners his take on modern New England fare. His menu will take inspiration from the lakes, forests, beaches and backyard gardens that he grew up with in Connecticut.

What that translates to is a $125 nine-course menu centered on seafood and vegetables. The dishes will change regularly, to align with what’s in season, but for the opening menu, there will be snacks of live surf clams and live scallops to start. And, living up to its name, Pearl Street will serve a chilled-oyster and tomato dish.

One course Cote is particularly fond of? Bluefish that’s quickly cured and seared with a blowtorch, then served with a fruit and basil salad, cauliflower purée and a buttermilk whey and asparagus sauce. “That’s the first dish we developed where we felt like we really cracked the code,” he said. “When [bluefish is] handled properly, it’s this incredibly umami experience.” Also on the menu will be a dish of monkfish tails roasted on the bone, with a sauce made from lobster shells. “We have a dish of so-called poor man’s lobster”—the monkfish—“in a sauce of cheap man’s lobster,” he said.

For the time being, until Pearl Street is granted its liquor license, the restaurant will operate with a BYOB policy. In the future, though, it plans to offer wine and beer, with a five-glass beverage pairing available for $75.

Pearl Street Supper Club opens August 31, with two seatings on Wednesdays and Thursdays and three seatings on Fridays and Saturdays.

Click here to see all the photos of Pearl Street Supper Club.