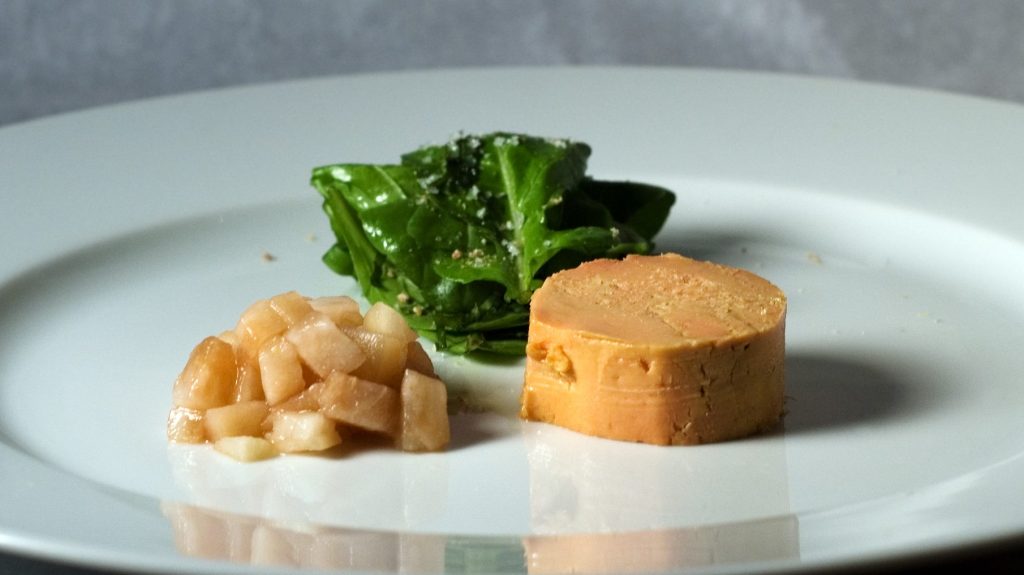 Tucked inside another restaurant inside a terminal at Newark Airport, United Airlines recently opened a secret, invite-only restaurant, offering a luxurious reprieve for its most loyal customers. Classified may have been an escape from the chaotic din of crowded food courts and lines at the Hudson News kiosks, but it couldn’t escape the most divisive political argument in the food world: foie gras.

The delicacy—made from fattened duck or goose liver—had been part of the opening menu. But when the People for the Ethical Treatment of Animals (PETA) found out, they went to work to get the food removed from the restaurant. United, which stopped serving foie gras on flights back in 1996, has decided to follow suit with their luxe restaurant amid outcry from animal rights activists, PETA claims.

PETA argues that the way the birds are force-fed to fatten their livers is cruel, and the organization has long opposed foie gras producers and the restaurants serving it. Many chefs—especially Francophile ones—contend the birds are not treated poorly and that they want the freedom to serve foie gras at their restaurants.

Newark isn’t the only battle line currently drawn in the war on foie gras. Back in 2004, California enacted a law that banned serving the liver if it was produced through force-feeding the birds. The law was finally implemented in 2012, but a district court judge struck the law down in 2015, ruling that it wrongfully usurped federal law.

The likes of Thomas Keller and Josiah Citrin rejoiced, immediately putting foie gras back on their menu, as protestors gathered outside of Citrin’s two-Michelin-starred Melisse to voice their displeasure. Eventually they dispersed, and California went on serving fatty liver for the next few years—until another twist in the saga happened in September. A different court ruled that the ban didn’t supersede federal law, and thus foie gras was on the outs again.

Foie gras producers and advocates are appealing that decision, hoping to keep serving it in the Golden State. However, foie gras’s time at Classified is over, likely to never be reinstated.