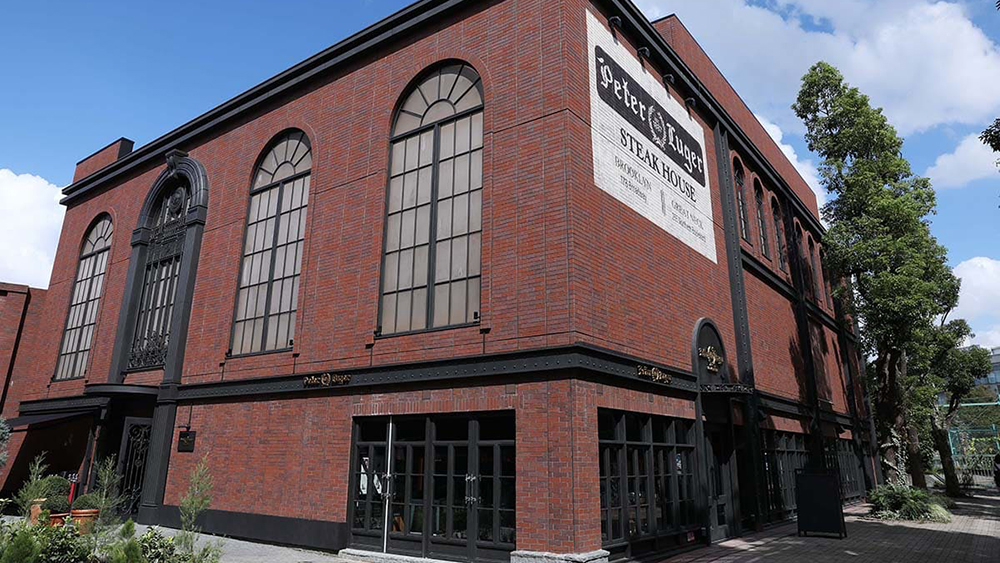 Holy Cow! After more than 130 years, the historic Peter Luger Steak House has opened its first restaurant outside the US.

The new three-story eatery, which started welcoming guests Thursday, occupies a prime position in the food-centric city of Tokyo, Japan. The New York icon has just two other steakhouses—one in Brooklyn that opened in 1887, the other in Long Island that was established in 1960—but has never even expanded into Manhattan, let alone overseas.

Tokyo was a perfect fit, though, according to fourth-generation co-owners David Berson and Daniel Turtel. After visiting Japan’s capital, the pair were suitably impressed with the dining scene and subsequently partnered with Wonder Table to develop the new Peter Luger Steak House Tokyo.

Located in a trendy district of Shibuya called Ebisu, the redbrick building is exactly like the main store in Brooklyn, according to the team. Inside, the industrial interior is split across three levels in a “theater-style” layout. The first floor houses a bar and four private rooms that can each accommodate eight diners; there’s also a boutique peddling Luger’s raw steak and hamburgers. The second floor, meanwhile, features an open kitchen and dining tables. The tables continue on the third floor which also promises a slightly calmer atmosphere. Private rooms for 10 are also available on the top two floors.

As for the important stuff—the food—the team says the Tokyo outpost will focus on serving steaks with “the same taste and quality” as the restaurants stateside. The beef will be flown from the US to Japan weekly and aged for 28 days or more in the restaurant’s custom-built aging room on the first floor. You can expect to pay ¥2,800 for the famed Luger burger (approximately $25) and ¥ 2,500 (about $22) for the classic iceberg wedge salad, while the signature porterhouse and other steaks will be per the market price.

You can expect all the classics, like the signature porterhouse.  Peter Luger Steak House Tokyo

The team adds that the restaurant’s staff will provide “confident and friendly customer service.” This has previously been a bone of contention—in the Brooklyn steakhouse, at least. In 2019, New York Times food critic Pete Wells published a searing zero-star review in the Gray Lady on account of a lack of congeniality.

That hardly appears to be a deterrent for Tokyo’s steak lovers. Reservations for the first 60 days of openings sold out in mere hours when they went on offer last month, according to Bloomberg. The bookings now open 90 days in advance and almost all dinner slots are taken through the end of the year.