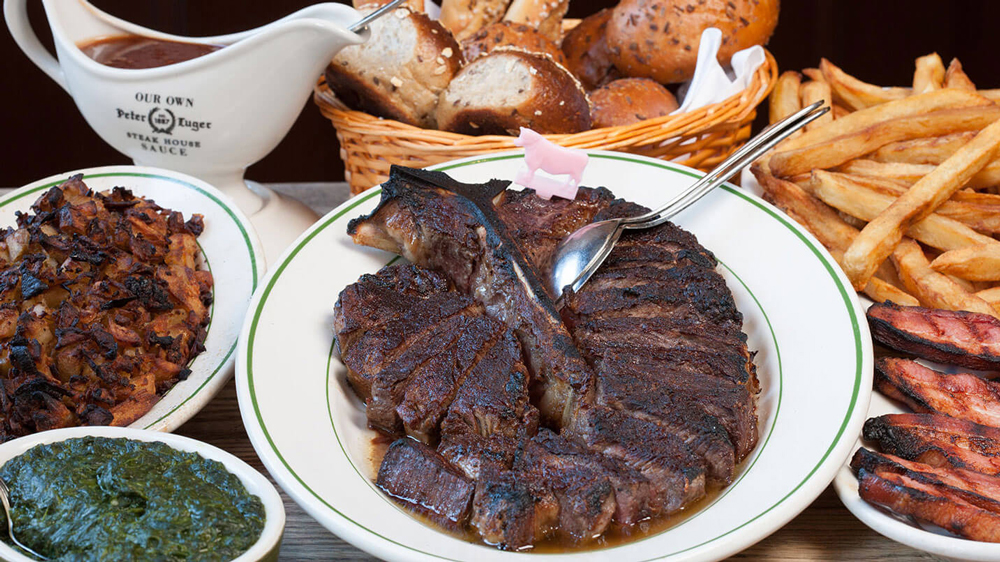 A leopard may not be able to change its spots, but, apparently, a cow can. The infamously old-school Peter Luger Steakhouse is finally getting into the modern delivery game after being dine-in only for more than 130 years.

The historic South Williamsburg haunt had been closed since dining in at restaurants and bars was banned by the city in mid-March. Now, it’s back and offering both takeout and delivery via phone (718-387-7400) and the high-end delivery service Caviar.

The Brooklyn darling is serving up all the classics, like the ever-popular half-pound Luger Burger ($18.95) and moreish thick-cut Luger bacon ($6.95), as well as an array of its famous dry-aged steak. Of course, you can’t go past the beloved porterhouse which can be chauffeured to your door for less than $60. Delivery will be available in Brooklyn and Queens, as well as Manhattan on a handful of days. Great news if your recipe rotation is getting a little stale or your stomach’s had its fill of sourdough.

Save for the unfortunate circumstances that prompted it, the shakeup really couldn’t have come at a better time. Not only does it mean New Yorkers can enjoy succulent steak during quarantine, but it shows that the venerable old restaurant is, in fact, capable of segueing into the contemporary food world.

Peter Luger has been staunchly set in its ways since it opened in 1887. Case in point: up until the pandemic, the steakhouse didn’t even accept credit cards as a payment type. And, it was recently slaughtered by New York Times critic Pete Wells, who downgraded the restaurant from two stars to zero for its apparent lack of congeniality and overall brusque service.

Perhaps this pivot is the beginning of a new chapter for the century-old institution and will see it restore its reputation for quality service while building a carnivorous bond with the next generation of steak enthusiasts.