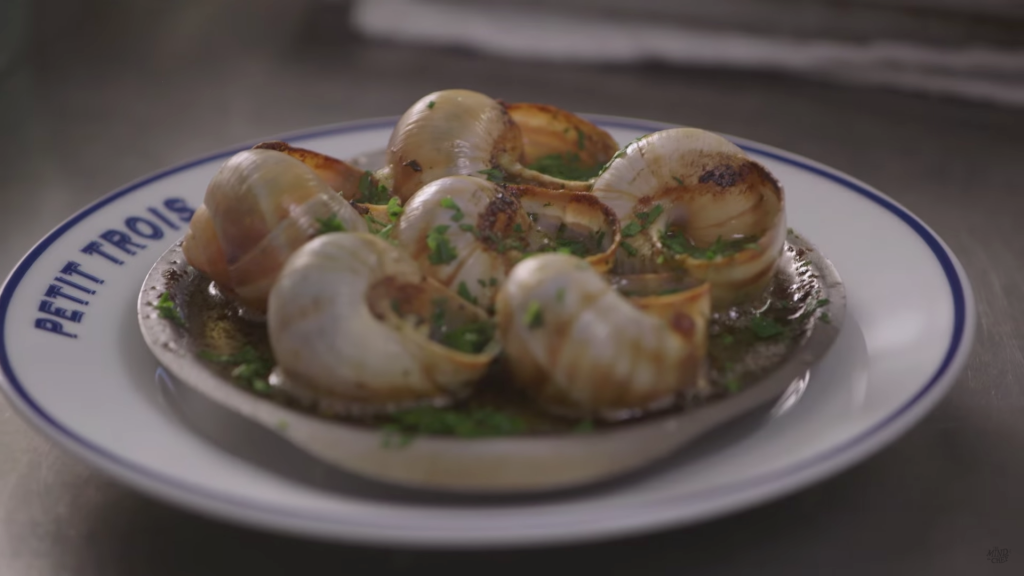 On the back of Ludo Lefebvre’s right hand is a testament to his love of escargot—a tattoo of a cartoony snail that’s become his trademark. Growing up Auxerre, a city in France’s Burgundy region, he couldn’t get enough of the buttery gastropods. “You could ask my mom, I was eating 10 dozen escargot,” he explained in an episode of Mind of a Chef. “I was a machine.”

That favored dish of his childhood isn’t exactly abundant in Los Angeles, the city he’s called home since leaving France in the 1990s. Even though he has helmed successful restaurants—and a series of famed pop-ups, LudoBites—before opening his modern French tasting menu-driven restaurant Trois Mec in 2013, there was still a snail-sized hole in his heart. And he longed for the style of restaurant where you’d commonly eat escargot.

“I missed the energy of the bistro. When it’s packed, it’s magical.” he says. “Trois Mec is great, Trois Familigia is good, LudoBird is too, but [Petit Trois], that’s my baby. That’s where I feel at home.

In 2014 he created Petit Trois, an a la carte restaurant devoted to the classics of his homeland: French onion soup; sole meuniere; croquet madame, steak frites; and an omelette with boursin and chives. Now, as he prepares to open a new, larger, and all-day outpost of his beautiful bistro next week in Sherman Oaks, a must-have dish remains his escargot.

To make them, he begins by whipping together high-quality butter, white wine from Burgundy, garlic, shallots and fresh parsley. His secret to making escargot perfectly is when you’re stuffing the snail back into the shell to bake, pipe in some butter before nestling it in, and “then put more butter, and be generous,” he says. “You want the escargot to swim in the butter.”

When the city’s legendary food critic Jonathan Gold rendered his verdict on the restaurant, he couldn’t get enough. “There may be no better plate of escargot in town than at the new Petit Trois,” he wrote before commenting on how he was slightly sad to see actress Valeri Bertinelli accidentally drop one, thus depriving her of another bite of the delicious appetizer.

With the new Petit Trois location, Angelenos will have an even better chance to eat what for Lefebvre is practically therapy in a shell.

“When I’m sad, when I’m depressed, when I miss my country?” he says. “A glass of Chablis and escargot.”