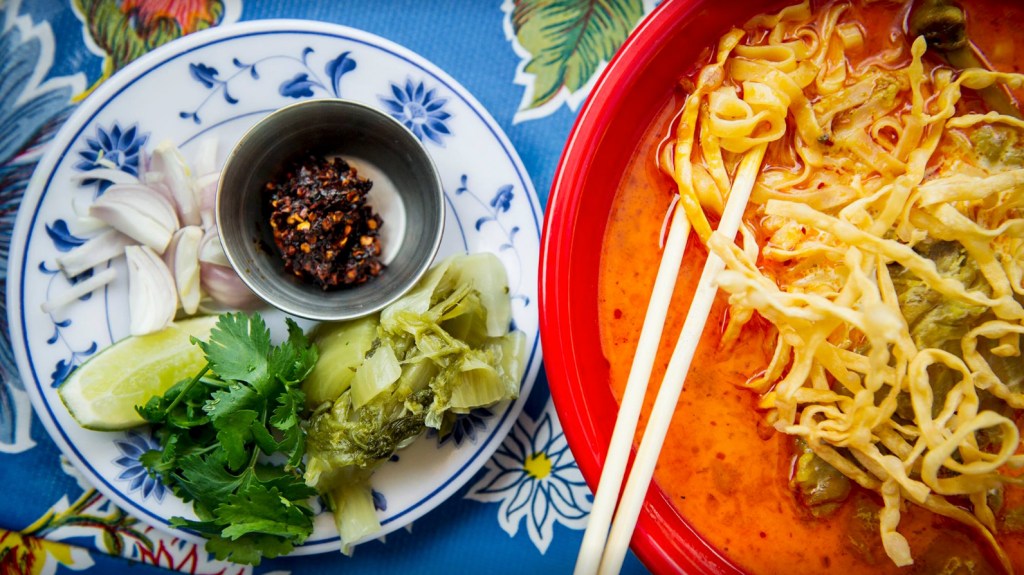 Andy Ricker isn’t Thai, but he’s obsessed with regional Thai cooking, having devoted years of his life to bringing the flavors of Chiang Mai to an American public whose knowledge of the cuisine doesn’t extend much further than pad thai. He started his Pok Pok mini-empire in Portland, earning raves for his faithful recreations of dishes he studied abroad. In 2012, he brought Pok Pok to Brooklyn, where solid reviews and long lines followed.

But now, with the lease for Pok Pok Ny about to expire, and faced with the economic realities of operating a restaurant in New York in 2018, Ricker has decided to not renew. He’ll be closing the doors of the restaurant for the last time on Sept. 2, signaling the end of his time in the city.

When Pok Pok Ny first opened, the best Thai restaurants were largely confined to a pocket of Queens. The restaurant offered a welcome expansion of Thai cuisine in the mainstream dining public’s imagination. Since then, great regional Thai food has proliferated thanks to restaurants like Larb Udol, Uncle Boons, Ugly Baby, and more. In some ways it created a double-edged sword; Pok Pok helped make Thai food more popular, but that also allowed people to not have to trek to Pok Pok’s slightly inconvenient location on the Columbia Waterfront to get their Thai fix.

On a Facebook post announcing the closure, Ricker wrote that while the restaurant is currently profitable, its financial trajectory was trending downward. But he also cited issues he discussed back when his Los Angeles-based Pok Pok was struggling (it has also since closed).

In a lengthy interview with writer Alyson Sheppard, he made headlines in 2015 by speaking out about challenges that could spell doom for many in the restaurant world, but ones that industry insiders had largely been talking about only amongst themselves: labor shortages, rising wages, food costs, tipping, and more. “This is a huge conversation amongst the restaurant professionals and it’s been something that’s been really difficult for the public to grasp. But it really is something that is approaching crisis levels for the restaurant industry. We’re a very low-margin, a very thin-margin industry,” he told Sheppard.

Ricker isn’t totally retrenching though. He still operates six restaurants in Portland, and is expanding to Las Vegas with a Pok Pok Wing in the new food hall being built inside the Cosmopolitan.