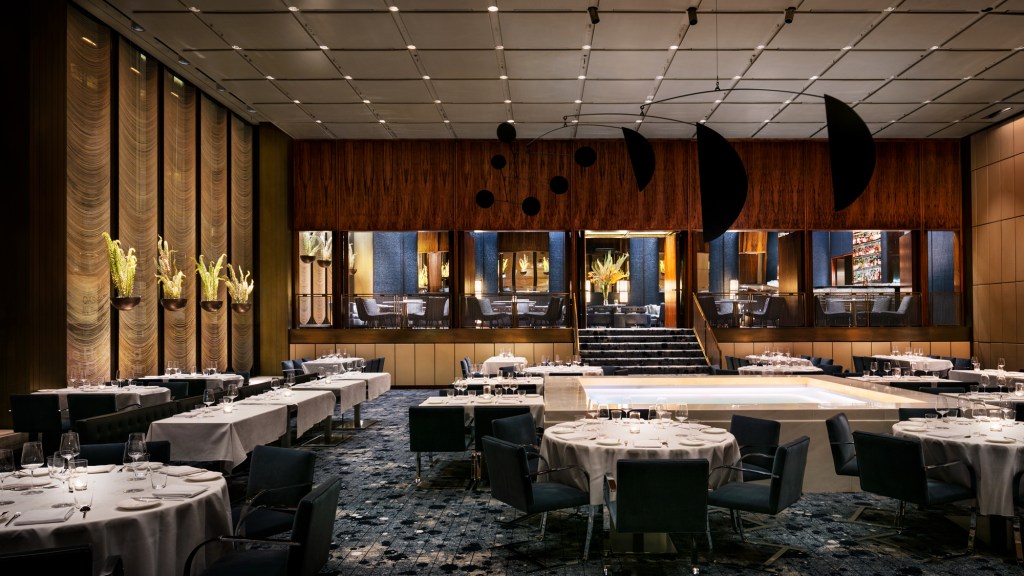 New York Times restaurant critic Pete Wells filed a review today in which he added a few more jobs to his resume: architecture writer and detective.

In the process of penning his review for Major Food Group’s second restaurant in its grand reimagining of the Four Seasons space inside the Seagram Building, The Pool, Wells spent a great deal of his article revealing how the company may have violated landmark laws during renovations.

The old Four Seasons, the storied restaurant that invented the “power lunch,” shuttered last year long after it had ceased being one of the city’s most important restaurants. However, the space, designed by iconic modernist architects Ludwig Mies van der Rohe and Philip Johnson, remained too good to leave empty. So revered is the architecture that both the exterior and interior have been granted landmark status in New York City.

In reviewing The Pool something seemed not quite right to Wells about the space’s design.

You don’t need to be an architectural historian to see that none of them are remotely in the International Style. The large, inelegant reception desk belongs in an airport; you half expect to be asked if you’re checking any luggage. But the more serious rupture is the Pool Lounge…

Now the mezzanine looks as if it had been moved on a trailer from some other building and attached with thumbtacks. Its blue color scheme and rounded, Deco-inspired furniture fight with what is left of Johnson’s right angles and natural tones. When the lounge is full, it’s a distraction. When it’s half-empty, as it often seems to be, it looms like a stage set waiting for the actors to show up. Either way, it sucks energy from the restaurant, which needs all it can get.

So Wells did a little sleuthing, and he found the design changes to The Pool’s lounge were apparently performed without the necessary permits from the Landmark’s Preservation Commission. This is the same commission that had rejected some earlier requests from the Seagram Building owner RFR Holding.

Now the building’s owner needs to seek permission for the changes after the fact, after believing the changes they made weren’t covered by the interior’s landmark designation. Sheldon Werdiger of RFR Holding said in a statement that, “We thought a new reception desk and bar in the lounge were additive fixtures to the space that can be easily removed and did not require LPC oversight.”

The Landmarks Preservation Commission has yet to rule on the modifications, but Wells offered his ruling on The Pool overall, finding that the food couldn’t do enough to offset his disappointment with the architectural changes to the storied space.