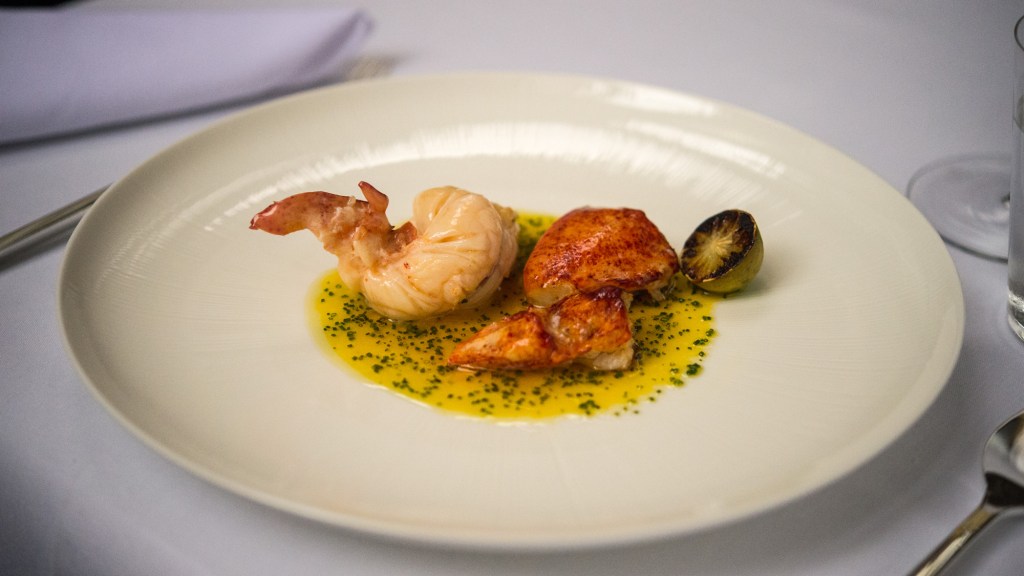 The chefs behind the Four Seasons’ ambitious face-lift have dabbled in nostalgia before. Rich Torrisi and Mario Carbone’s Parm is a callback to the Italian-American food they grew up on. Recapturing the magic, though, of the old Four Seasons restaurant in Midtown Manhattan is a decidedly more haute endeavor than reimagining red sauce classics.

These are big shoes to fill. The old Four Seasons, which shuttered last year, literally invented the “power lunch”—Esquire first created the term when it profiled the restaurant in 1979. For more than five decades, each weekday afternoon, luminaries like Jacqueline Kennedy Onassis filled the immaculate space designed by iconic modernist architects Ludwig Mies van der Rohe and Philip Johnson. They’ll admit, patrons were there less for the food and more to be seen and make deals. Torrisi, Carbone, and their business partner Jeff Zalaznick want to recapture the excitement of the room but also make it a culinary destination in its own right.

Earlier this spring, the trio debuted the first phase of their ambitious Seagram Building reboot with The Grill. They showed they could bring back the old glamour and opulence of the Four Seasons, going so far as to have Tom Ford design tuxedos for wait-staff captains that would retail for $6,000. The food has been received well, too. Carbone took the lead with this restaurant, designing a backward-looking menu evocative of mid-century dining that includes a crab Louie salad, lobster Newberg, and lamb chops with mint jelly.

However, with their second restaurant in the building, The Pool, the seafood-centric menu doesn’t lean on Four Seasons lore. Torrisi heads up this operation and takes a more modern approach. He’s created dishes with Japanese touches unfamiliar to mid-century continental cuisine, such as lobster with yuzu vinaigrette and toasts topped with uni, apple, and spicy mustard. Torrisi and Carbone’s approach to their grand redesign shows that these chefs are as adept at looking to the future as they are to the past.

Below, you can feast your eyes on some of the dishes that are on the opening menu of The Pool, which started dinner service last week.