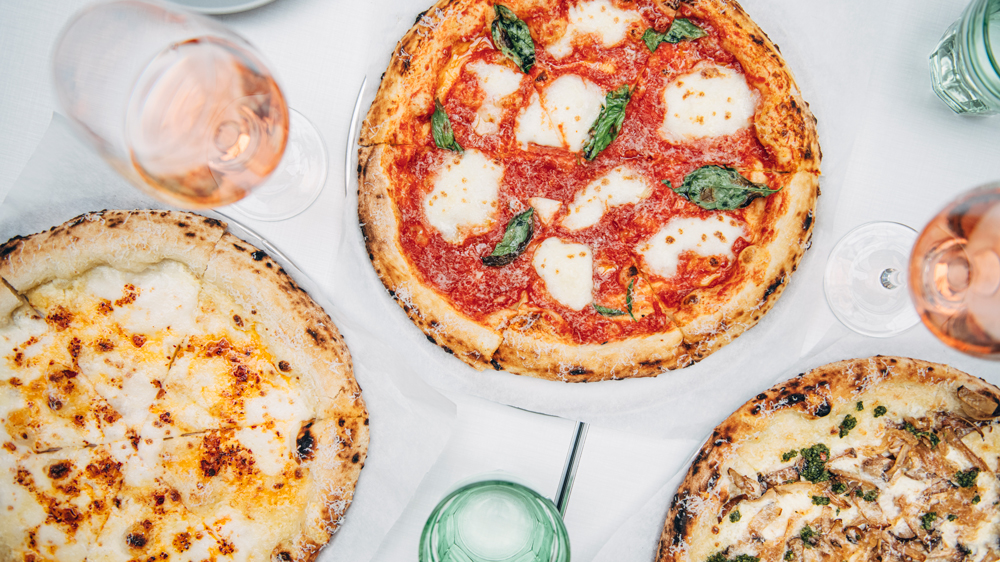 When you’re craving authentic Neapolitan pizza—thin and tender crust, San Marzano tomato sauce and fresh mozzarella—you could book a long weekend trip to Italy to get your fix. Or, if you’re Raleigh, N.C., chef Ashley Christensen, you can buy an Italian brick oven and build an entire Naples-style restaurant in your backyard.

Christensen, the James Beard Award-winning chef and owner of Raleigh powerhouses Poole’s, Death & Taxes, Chuck’s, Fox Liquor Bar and Beasley’s Chicken and Honey, has made a career of refining the comfort food you crave from diner fare to burgers to southern fried chicken. But there was one she still wasn’t offer that happened to be a favorite of hers: Napoli pizza.

“My wife and I have probably traveled in Italy more than anywhere else outside of the country,” Christensen said. “I love Napoli pizza because of how it eats. It eats so light. Because of that high temperature, you got that nice thin pie and the outside pops up and it’s really airy.”

For the past few years Christensen and her wife practiced making this style of pizza at home, in an outdoor oven, but could never get it perfect. So when the property adjacent to Poole’s went up for sale, she bought it. On Friday, after a year of renovations on the former tire shop, she expanded the AC empire and opened her sixth concept, Poole’side Pies.

The 100-plus-seat restaurant resembles an airy swim club, with a 50-foot skylight, wooden banquettes and glass globe chandeliers, that, in a former life, served as streetlights in Paris. Here, Christensen puts her own take on Neapolitan-style, thin-crust pizza, which she cooks in a dome-shaped, Marra Forni wood-fired oven that reaches 900 degrees F.

The rotating pizza menu—with dough made from locally milled flour—includes a classic margherita pie with house-pulled mozzarella, a five-cheese pie with chili-garlic oil and an heirloom tomato pie with Tennessee Cheddar, Duke’s mayo and horseradish. As the season changes, she plans on topping pies with regional fall produce like creamed turnip greens.

“We have a platform to continue to tell the stories of the great people we purchase from and the artisans we work with,” she said. “I want to own restaurants that people want to eat in because they feel good in them and the hospitality is great, the food is delicious and the drinks are awesome. But also because they believe that they’re supporting good individuals who are focused on bettering industry practices and strengthening community.”

While most pizza shops never have to worry about running out of tomatoes, considering the wide availability of quality, canned varieties, it is an issue at Poole’side. Christensen gets most of her tomatoes from Chris Bianco, who runs Phoenix’s famous Pizzeria Bianco. Bianco partners with area growers to produce, crush and can organic tomatoes at the peak of their season.

“They’re just unbelievable,” Christensen said. “At the beginning of the year you have to tell him your best estimate of how much tomato you’re going to go through for the year. It’s kind of like buying futures in canned tomatoes. We add sea salt to these beautiful tomatoes and that’s it for the base of our pie.”

The menu also includes salads like a Caesar made with pickle juice and Parm cracklings; fried snacks like shrimp and rice grits balls; and desserts like vanilla soft serve topped with extra-virgin olive oil and OBX sea salt. She sees a lot of overlap between Italian street food and Southern fair food, with fried snacks in particular.

“I love getting to take something simple and just kind of dream big in all the areas that surround it,” she said. “We have so much room to stretch out in these walls. We’re excited to experiment within this format.”

As she adds more items—like chicken wings saltimbocca-style, marinated in sage and Dijon mustard and wrapped in country ham—she’ll take some heat off of the pizza oven. She even bought large deep fryers to try her hand at Naples’ famous fried pizza balls. She’s excited to see how the restaurant changes, toeing the line between traditional and experimental, in the coming months and years.

“Restaurants evolve,” she said. “Making a change or modernizing something doesn’t mean you didn’t get it right before. It takes a particular mindset to look at a room and say what needs to change to make sure this restaurant stays true to its commitments, but also stays relevant as the world and our community change. You have to figure out how to keep it, you know, timeless.”

Poole’side Pies is now open for dinner and will begin lunch and brunch service in the coming weeks.