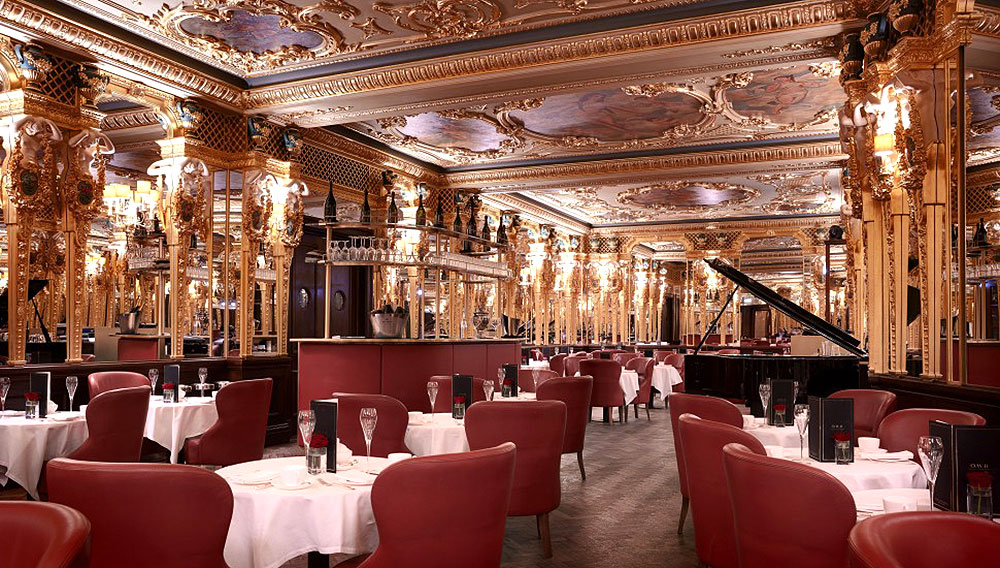 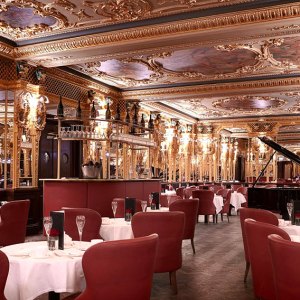 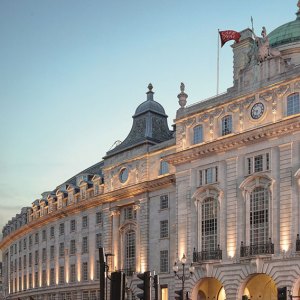 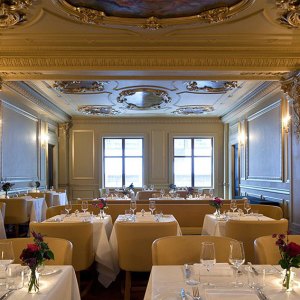 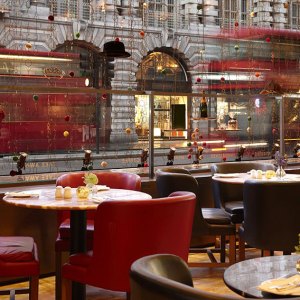 Starting in February 2016, Café Royal, a hotel of The Set, will present one of the most creative cuisines of Spain, the country of the new “Nouvelle Cuisine.” In his first project outside of his home country, Albert Adrià presents “50 Days by Albert Adrià,” bringing the innovative and contemporary cuisine, for which Spain is famous, to the beautiful surroundings of Café Royal as the iconic property celebrates 150 years.

Previously the haunt of famed patrons, from royalty and celebrity, to the creative and the notorious, Café Royal has been a landmark on the British capital’s social scene for a century and a half. In its recent reincarnation as a luxury hotel, Café Royal remains an established favorite for locals, while becoming a global destination. “50 Days by Albert Adrià” reinforces this vision; to craft exceptional experiences for all its guests. The ambition for Café Royal and the collection, The Set, is to create destinations where art, design and ideas are intrinsic to the experience of all who socialize, dine and stay at any of the hotels. As London is currently at the forefront, not only of gastronomy but also culture, art, design and luxury, the intention of Café Royal is to embody this and bring Albert Adrià’s vision to this already dynamic city.

Albert, who is considered by his brother, Ferran, to be “one of the best chefs in the world,” and his team have crafted a unique and entirely new dining experience for London. The journey will begin in the opulent Oscar Wilde Bar with a selection of cocktails and signature snacks and will end in the stunning surroundings of The Domino Restaurant. Furthermore, an exclusive list of cocktails has been designed that will be available until the end of the 50 Days Residence in the Oscar Wilde Bar.

For 23 years, Albert Adrià worked together with his brother Ferran at the world-renowned elBulli. When the restaurant closed in 2011, Albert started his own journey with the opening of Tickets, a combination of Catalan and Spanish cuisine with flavors from all around the world, where tradition and modernity hold hands. Tickets features on this year’s edition of the San Pellegrino World’s 50 Best Restaurants, and Albert himself was named “Best Pastry Chef in the World,” as a tribute to his career.

Renowned for his creativity and innovative cuisine in Barcelona, Albert has created an authentic gastronomic amusement park, elBarri, through his five restaurants. Restaurant Hoja Santa received its first Michelin star in November 2015 and now Albert holds three among all his restaurants: Tickets (1*), Pakta (1*), La Bodega 1900, Hoja Santa (1*) and Niño Viejo. His latest project, Heart Ibiza opened in summer 2015 in collaboration with Cirque du Soleil, and has been the big gastronomic boom of the summer. At the end of October 2015, Adrià also received the National Gastronomy Prize for the best restaurant entrepreneur in Spain, which is given by the International Academy of Gastronomy.

“50 Days by Albert Adrià” will run from Friday, February 12th until Saturday, April 9th 2016 (closed on Sundays). Reservations will open on November 30th and guests can book a table via the following options:

Private bespoke events are available for parties to book and experience the concept as above.

The Oscar Wilde Bar and The Domino

The jewels of Café Royal, both the Oscar Wilde Bar and The Domino restaurant are two of London’s most precious historical rooms. These were the spaces where great minds came together to change the world, the preferred haunt of the bold and the beautiful. True icons such as Winston Churchill, Mick Jagger and David Bowie have dined within the gilded splendor and danced under the canopy of elegant cartouches. Each has been meticulously restored to feature original Louis XVI detail.

Formerly the Grill Room and originally established in 1865, the Oscar Wilde Bar has been renamed in tribute to its most famed patron. Oscar Wilde, dined here daily, hallucinated on absinthe and met Bosie, his fateful lover who defined his demise.

About Café Royal and The Set Hotels

Combining architectural heritage with modern design, Café Royal has been reincarnated as a luxury hotel. Grand historic areas have been sensitively restored while 160 guestrooms and suites (including seven signature suites) have been created in a contemporary yet refined style.  Located in the heart of London, with elegant Mayfair to the west and creative Soho to the East, Café Royal is perfectly positioned within walking distance of London’s finest shopping streets, tourist attractions and theatreland. Continuing its celebrated legacy of excellent hospitality and dining, the hotel offers a selection of restaurants and bars, including The Club at Café Royal and holistic wellbeing concept, Akasha.

Café Royal, London along with Conservatorium, Amsterdam and Lutetia, Paris (currently under renovation) is a member of The Set hotels, a collection which reinvents Grand Dame properties at the heart of some of Europe’s greatest cities – transforming them into diverse, dynamic places where artists, patrons and lovers of the arts meet. Inspired by the artistic and imaginative heritage of the buildings and their locations, The Set authors a unique offering for the modern traveller: The height of classical refinement alongside leading contemporary design. Serenity and luxury at the centre of the metropolis. A character and approach informed by and intertwined with culture and the arts. Each hotel is crafted in its own unique identity and aesthetic to provide a truly distinctive luxury service and comfort. Under the visionary craft of David Chipperfield and Piero Lissoni our properties have been transformed from iconic buildings into world leading hotels. This legacy continues under the mastery of Jean-Michel Wilmotte’s reimagination of the Lutetia, Paris, due to re-open in 2017.