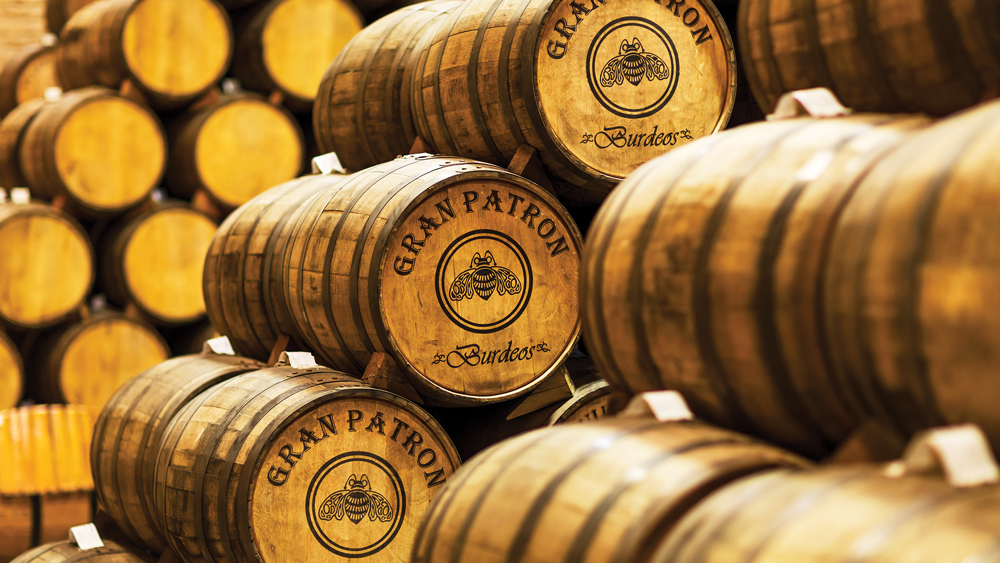 If tequila is their spirit of choice, this gift will keep them stocked for years to come. Patrón Tequila invites a Robb Report reader and a guest to the private Hacienda Patrón in the highlands of Jalisco, Mexico, where they will experience tequila distilling and tastings before they select their own barrel of Patrón Añejo, bottled and labeled exclusively for them. A barrel yields approximately 30 cases of 12, or a total of 360 bottles—enough to share among friends and family and at numerous parties. With the guidance of the brand’s expert distillers, they will taste the tequila range directly from the aging barrels and select their favorite. Guests may also roll up their sleeves and participate in the tequila-making process, depending on the timing of the visit—potentially planting an agave, observing the harvesting, or roasting a piña. For more information on purchasing the barrel for $25,000, contact Patrón Tequila. —Janice O’Leary

On a small plot of land in Corleone, Italy, nine olive trees have stood for centuries. Some are so old that they may have sprouted before the Roman Empire fell 1,500 years ago. For decades, these precious trees were owned and tended by Steve Luczo’s grandmother Rose until she left Italy for America. The trees were not forgotten; a few years ago, Steve repurchased the land from the Sicilian government and he has hired farmers to tend to those trees and the surrounding groves. From his harvest, he established Bona Furtuna, which produces olive oil, tomato sauce, and herb blends harvested from his ancestral land. This year, in his grandmother’s honor, he has gathered the olives from those nine trees on her original plot of land and created a limited edition of 400 bottles of the company’s finest oil, available for $150 exclusively on Bona Furtuna’s site. —Jeremy Repanich

The six barrels, or batteria, that sit inside the dining room of Il Buco Alimentari & Vineria in New York’s NoHo aren’t just rustic decoration—they also act as the finishing station for the restaurant’s own, exclusive aged vinegar. The raw materials for this rare balsamic are sourced from the family-run Sante Bertoni vineyard just outside Modena. The liquid ages for 10 years on-site before it’s shipped to the restaurant and that batteria, inside of which it waits for an additional decade. Slowly, the liquid is transferred between barrels to finesse its flavor. Each one is made from a different wood—acacia or chestnut—which adds its own layer of complexity. Once a year, just before Christmas, a tiny draft of the elixir is decanted in just 10 3.4-ounce bottles. Serve the syrupy, flavor-packed delicacy with roasted meats or drizzled sparingly over vanilla ice cream. —Mark Ellwood

Régis Camus, the chef de cave for Rare, one of Champagne’s premium cuvées, is something of a sneak. Back in 1997, he squirreled away some of that year’s sparkling wine, expecting it to prove extraordinary over time. Last year he deemed it finally ready for its debut as Rare Le Secret. The 20-year-old wine has no sugar added, a rarity among Champagnes. For another layer of exclusivity, Camus partnered with Mellerio, France’s oldest jewelry house, to create a jeweled edition of just 10 magnums. White and yellow gold wrap the bottle, with a diamond, sapphire, emerald, or ruby centerpiece surrounded by gold and platinum ribbons with four carats of diamonds. For $100,000, after enjoying the Champagne, the buyer can take the jewels to Mellerio’s studio on Rue de la Paix to have a custom piece of jewelry designed. To purchase, contact jonathan.boulangeat@rare-champagne.com. —Janice O’Leary