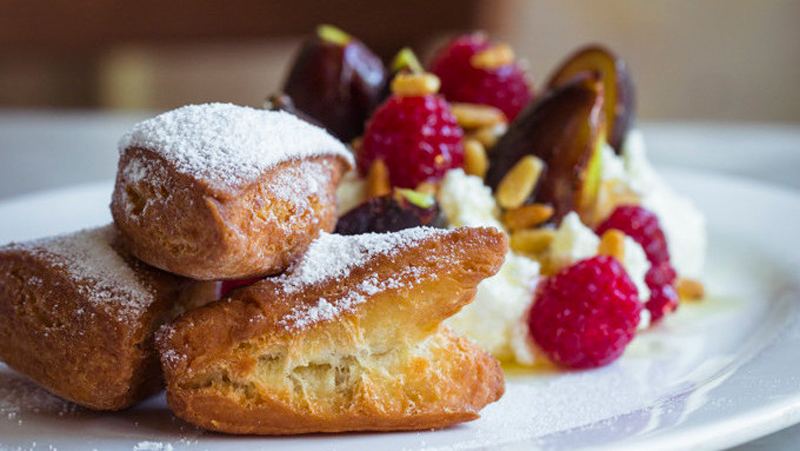 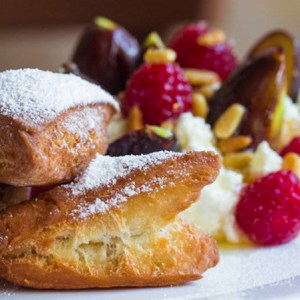 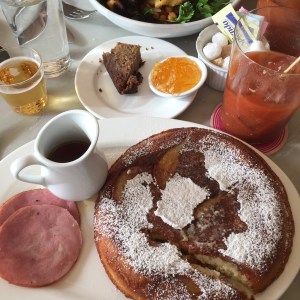 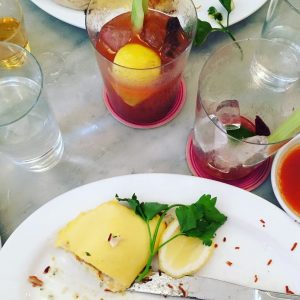 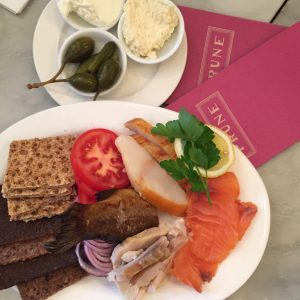 Invented by the British and turned into a full-blown occasion by Americans, brunch has become the best way to waste a perfectly good Sunday. Finding the right place to spend hours among friends, coffee, Bloody Marys, and eggs, can elevate this midday ritual from good to great. So we’re in pursuit of the best brunches around, no matter where that journey takes us. This week, we venture to the East Village where Gabrielle Hamilton’s Prune has become a New York institution.

The unforgiving world of New York dining is littered with the bones of dead restaurants from some of the world’s best chefs. In the time since Prune opened in 1999, many high-profile eateries have come and gone. Tom Colicchio had to close Craftbar, Daniel Boulud shuttered DBGB Kitchen & Bar, and Alain Ducasse called it a day for Adour in 2012. But James Beard Award-winning chef and New York Times bestselling Author Gabrielle Hamilton’s little East Village restaurant is still packed out every weekend, with people waiting hours to feast on her unpretentious and delicious food.

Hamilton’s food is self-assured, straightforward, and satiating, but still manages to be interesting at the same time. The menu isn’t packed with of-the-moment avocado toasts, or generic stacks of pancakes, instead it’s a more eclectic mix. For the table, order the carbonara—which she writes on the menu is “the Italian way to get your bacon eggs”—as well as a plate of ricotta topped with fruit and nuts and served with merveilles (they’re kind of like beignets). Those preferring a sweet breakfast should opt for the fluffy Dutch style pancake topped with whipped sour cream and blueberries. It’s hard to go wrong with any dish on the savory side, but the fried oyster omelette with remoulade is especially delicious.

The centerpiece of the brunch may be Prune’s 11 variations of Bloody Marys that each come with a chaser of Red Stripe, because why not? There’s the Bloody Bullshot made with vodka, beef bouillon, lemon, Worcestershire, Bloody Mary mix and tabasco. Or the Southwest with tequila, chipotle peppers, and lime. Each one is delicious and free of Bloody Mary gimmickry you’ll find elsewhere. Sure, there’s a slab of beef jerky in the Green Lake (a Bloody Mary with Tito’s vodka and wasabi), but it doesn’t feel added for novelty’s sake, like Guy Fieri loading his morning cocktail with so much candied bacon, pineapple, pickles, and olives you can barely find your way to actually drink the thing.

Prune is tough to get into. Both in the sense that even frigid January Sunday mornings will find bundled-up New Yorkers milling on the sidewalk out front waiting to get a table, and in the fact that the tiny space’s tables are packed together so tight, navigating to your seat can turn the average diner into a contortionist. But the intimacy keeps the restaurant lively as joyful waitresses clad in varying amounts of pink wind through the humanity to deliver rounds of Bloody Marys to the crowd. From the food to the space to the vibe, Prune is unfussy and fun. That’s why it endures nearly two decades after opening. Because restaurants don’t survive that long—no matter how good the food is—unless they create an atmosphere where people want to keep coming back to hang out.