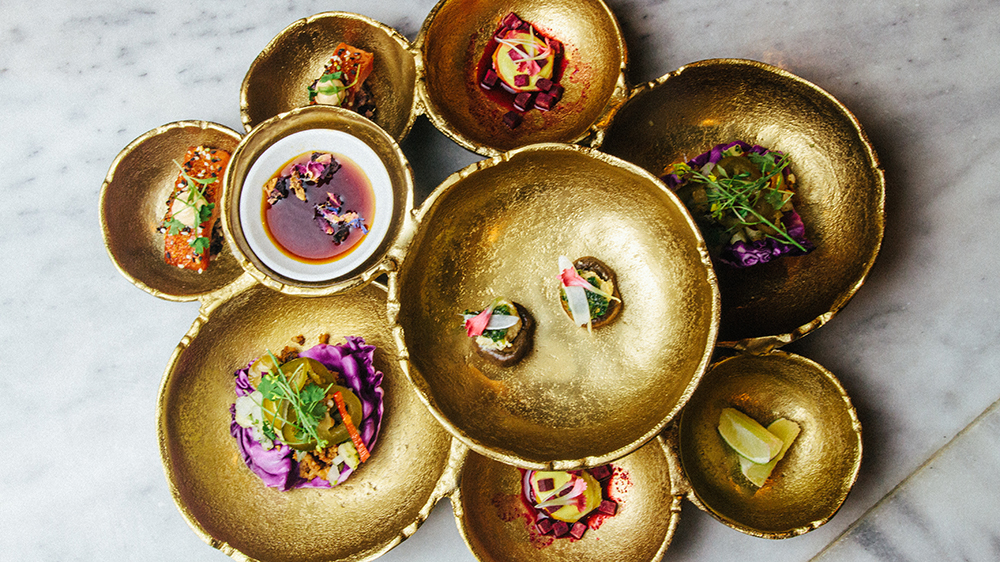 The 12-seat restaurant is the brainchild of Ravi DeRossi, who oversees the plant-based restaurant group Overthrow Hospitality. It’ll be led by head chef Xila Caudillo, who ate a raw-food diet when she was younger, according to Eater NY. As such, she knows her away around raw ingredients, and the ones at Rabbit are used in a creative yet approachable way.

Caudillo’s opening menu includes a number of vegan standbys, such as gazpacho (here made with watermelon, strawberry and tomato) and hummus (with cherries, harissa and sumac). But it also has some slightly unusual options as well. For example, there’s an al pastor—typically made with pork—with pineapple and walnuts. And a “Milk” course lists saffron, sea moss and rosewater as ingredients.

The drinks at Rabbit will be just as important as the food. Caudillo wanted to feature Latinx producers on the menu, so the wine list is composed of bottles from Latinx-owned and -operated vineyards. The cocktail program, led by Sother Teague of Amor Y Amargo, will serve up low- and no-ABV specials, with an emphasis on fresh-pressed juices and infused waters.

A peek at the place setting  Stephanie Kimberly

As far as the vibe, Rabbit isn’t trying to be an uptight fine-dining spot. The name of the restaurant is in part a reference to the rabbit hole in Alice in Wonderland, and poems and drawings adorn the menu that diners will be presented with. There’s also no dedicated servers on staff. Instead, employees such as the sous chef Lauren “Lo” Serrano and the general manager Katy Blank will bring food and drinks to guests, lending a convivial and communal atmosphere to the space.

Soon after opening, Rabbit will be accompanied by a sister vegan dessert and wine bar, The Fragile Flour. Until then, you’ll be able to enjoy the blackberry and lemon tart on Rabbit’s menu.

Rabbit is open Wednesday through Sunday, with seatings at 6 p.m. and 8:30 p.m.

Click here to see all the photos of Rabbit.