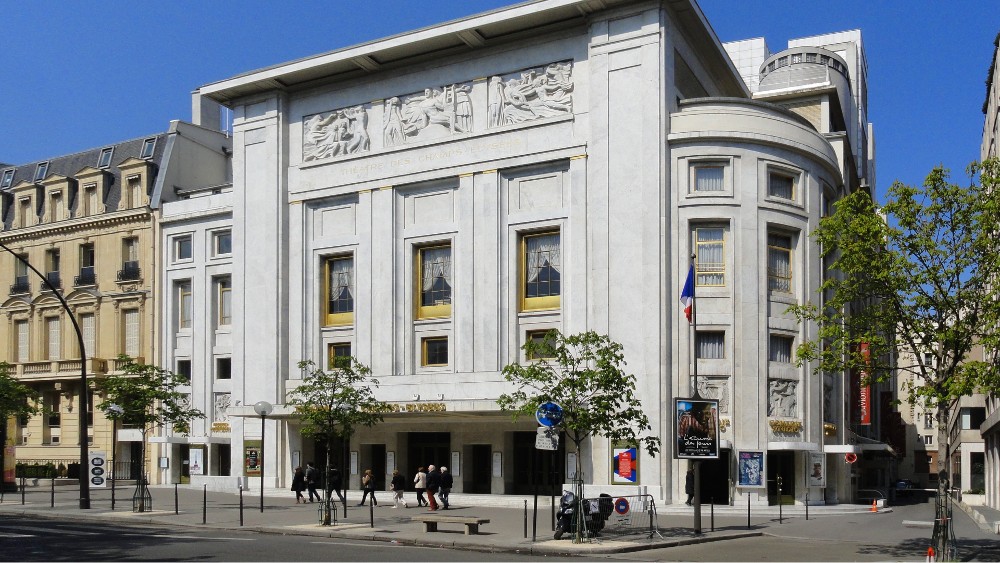 When Tatiana Tavares and Bryan Macauley approached the entrance of Manko restaurant, located in one of Paris’s toniest neighborhoods, they noticed the crowd of Black people gathered outside and gave it little thought. They assumed the diners were waiting for friends or were hanging out after their dinner. But as the couple approached the security guard standing vigil at the restaurant entrance and presented him with the confirmation of their reservation on their phone, they quickly realized something was seriously amiss.

“He looked us up and down, from head to toe, and just said, ‘It’s not possible,’” Tavares told Robb Report in an interview alongside Macauley.

The exchange can be heard faintly in a TikTok video that has gone viral, with more than 853,000 plays since being posted July 19 by Tigui Diallo, a Montrealer who was in the company of three other Black women and who, just moments before, had also been refused entry on the pretext of violating the dress code. But it became clear as white people were waved through and other Black people were denied that the cause of their exclusion was much more insidious.

In France, the video has ignited a controversy. The story made headlines in every major news outlet from Le Parisien to Le Monde and Le Figaro. What has struck a nerve is that this isn’t a one-off incident of racism; it’s the latest in a series of accusations of discrimination involving high-end restaurants in the same Champs-Élysées area.

My first experience of Racism at the restaurant Manko in Paris. Am just gonna let this here and go on with my life.

Manko, a trendy Peruvian restaurant located on Avenue Montaigne near the Champs-Élysées, counts the Hôtel Plaza Athénée and boutiques such as Valentino, Dior, Chanel and Louis Vuitton among its neighbors. The restaurant belongs to the internationally renowned Peruvian chef Gaston Acurio and has locations in Saint-Tropez and Doha as well. It’s the kind of place that attracts a celebrity clientele—newlyweds Jennifer Lopez and Ben Affleck reportedly dined there a few days after the TikTok video went viral.

Like Tavares and Macauley, Diallo had made reservations at Manko over the long Bastille weekend. She and her friends were dressed for a fancy night out: Diallo is seen in a one-shoulder, drapey fuschia silk dress; another friend is in a light chartreuse dress with spaghetti straps and black strappy heels; and a third is wearing a silk white blouse, wide-bottomed Jacquard pants and heels.

After being denied entry, Diallo pulled out her phone to film the series of events which captured irrefutable footage of a Manko security guard rejecting Black people from entering the restaurant in the 8th arrondissement that is operated by Moma, an influential French hospitality group that includes some of the buzziest restaurants in the city such as Lapérouse, Forest, Mimosa and Ran.

The affair caught the attention of both Paris police, which has opened an investigation into the incident, and a politician who demanded answers from the restaurant on Twitter and announced that he has filed a complaint to the administrative body Defender of Rights.

“It’s very simple,” said Amaury Auzou, the lawyer representing the four women who have filed their own complaint against the restaurant as well. “The women were made up and dressed as you would for a wedding, very chic. When they arrived, they were told they weren’t dressed well enough to enter the establishment. But you see in the video that white people who were dressed similarly, or even more casually, had no trouble getting in. We feel it was discrimination, and that is a criminal offense.”

Robb Report reached out to the restaurant for comment, but the request went unanswered.

Indeed, Macauley and Tavares say it was when they saw bouncers step aside for white people, including one woman who was wearing jeans and cheap flip flop sandals, that they quickly realized their denied entry had nothing to do with their outfits—she was in an elegant white dress and strappy heels, he in Gucci pants and Jordan sneakers—but had everything to do with the color of their skin. At around the 37-second mark in the TikTok video, a white woman wearing a black T-shirt, black jeans and black sneakers can also be seen gliding past the bouncers.

The incident at Manko is far from isolated in Paris. In 2020, a video went viral for accusing Le Matignon restaurant of denying different groups entry because some of the women were wearing headscarves. The restaurant is part of the Beaumarly group, which also owns Amour Hôtel, Café Marly and Club Paradiso and is headed by father-son duo Gilbert and Thierry Costes.

More recently, another Beaumarly restaurant, La Plage Parisienne in the 15th arrondissement, has been accused of discrimination in an Instagram post that likewise went viral—with the receipts to prove it. To test their theory, the user made online reservations under an Arab name and received an email saying they couldn’t be accommodated. For their experiment, the user then made reservations under a typical French name for the same time, same day, same number of people and was sent a confirmation straight away. They then posted the screengrabs of their experiment online.

In 2018, a Buzzfeed investigation looked into allegations of discriminatory practices against Arab customers and women wearing headscarves at L’Avenue, the posh Champs-Élysées restaurant located on the same street as Manko, which is popular among influencers and appears regularly on Instagram feeds. L’Avenue’s celebrity clientele includes Rihanna, Kim Kardashian and Kendall Jenner, and its owner Jean-Louis Costes is ranked the 283rd richest man in France according to business magazine Challenges. His brother is Beaumarly’s Gilbert. Complaints were filed by anti-racism groups and half a dozen servers who reported the discriminatory practice to the labor inspector. The case has since been dismissed, but with little explanation.

Following their experience at Manko, Macauley and Tavares said they’ve vowed to never step foot in a Moma restaurant again, as have many of their supporters.

With public anger brewing, the restaurant and the security guard have engaged in a war of words, telling local media the other is to blame. In an interview with BFTMV, the bouncer identified as Damian said he was simply carrying out orders from restaurant managers who instructed him to use how people were dressed as an excuse to not let in too many Blacks or North Africans.

Damian explained that the attire excuse was created because the restaurant already had a long rap sheet when it comes to accusations of racism. Like the aforementioned restaurants Le Matignon and L’Avenue, dozens of Google reviews that predate the July incident by months and years (outraged supporters spammed the site with one-star reviews after the video went viral but Google promptly took them down) also accuse Manko of discriminatory practices.

Montaigne is one of Paris’s most exclusive Avenues.  Stephane de Sakutin/AFP via Getty Images

“The manager and bouncers at this restaurant were incredibly rude and racist to my partner, he was refused entry for sham reasons and the interaction was clearly rooted in discriminatory grounds. Do not come here,” reads a one-star review from four months ago.

Another review posted three years ago reads: “This is a disgusting establishment that makes fun of people with diverse cultures. Do not come here.”

In the BFMTV interview, the security guard shared how management devised workarounds to the problem.

The restaurant website includes two lines about the dress code: “Elegant dress of rigor. The management reserves the right to entry.”

Damian has since been fired. On a video posted to Instagram, he elaborated further, saying the orders to screen Black people came from upper management.

“I’m just a poor guy who followed orders like a soldier,” he says in the video. “I’m not racist. I was raised with Africans, with North Africans, I adore this population. They’re kind, they’re authentic, real real real people. I love people like this.”

The restaurant also hit back, denying allegations of a racist entrance policy. In the same interview, Manko’s general director Tony Gomez said the only reason a person will be refused entry is for not adhering to the dress code and called the incident “an accident.” He too was “outraged” when saw the video footage, he said, describing the women as being gorgeous, elegant and sparkling, “everything I love.”

In another interview with Le Parisien, restaurant representatives admonished the bouncer, calling his statements “vague and unsubstantiated” and challenged him to name the people he accuses.

Robb Report reached out to Damian for comment, but the requests went unanswered.

Tavares and Macauley aren’t buying the restaurant’s excuses. They point out that the managers were present during the exchanges, did nothing to intervene and defended themselves by saying that there were plenty of Black people inside.

After being rejected that night, Macaulay and Tavares recall the terrible evening that ensued. It was supposed to be a work-leisure getaway to Paris (the couple live in Nice) where Macauley modeled in a photo shoot for a US fitness magazine. They had reserved a table at Manko on the recommendation of the crew but had never heard of it before.

By the time they decided to leave the property, they had a hard time finding another restaurant as it was nearing midnight. They ate in silence and both were in terrible moods.

“It’s abhorrent that in 2022, we would experience something like this,” Tavares, who works in finance, said. “It was shocking. We felt humiliated, embarrassed, frustrated and angry.”

When the TikTok video began making its rounds, the couple was thrust in the spotlight and forced to relive the humiliating experience. But when they began receiving supportive messages of outrage on their behalf, they realized they had to hold the restaurant accountable.

The couple have hired a lawyer and have also filed a complaint of discrimination.

“It’s good and it’s scary at the same time.” Macauley says. “Things are starting to move in the right direction, but we feel exposed and don’t know what the other party will do.”

Andreia Levy, president of Bolofara, a group founded two years ago to promote Black excellence in France, said that for too long, the Black community has been reticent to press charges on acts of discrimination because of the way racism is normalized in France and how marginalized communities are gaslit into silence.

“We’re so happy that today people are launching official complaints because it’s not something we tend to do in our culture. It’s expensive, takes long, and forces you to relive traumatic experiences when you just want to forget it,” she said.

As part of their mission, lawyers in the group also provide pro bono legal aid to help in such situations.

“France has pretty speeches boasting about being the birthplace of human rights, and there are few other places with legal systems to fight racism like there are in France. The problem is they’re never enforced,” Levy said. “If you’re slapped with a 30,000 euro fine, though, you’re going to keep your racism to yourself.”