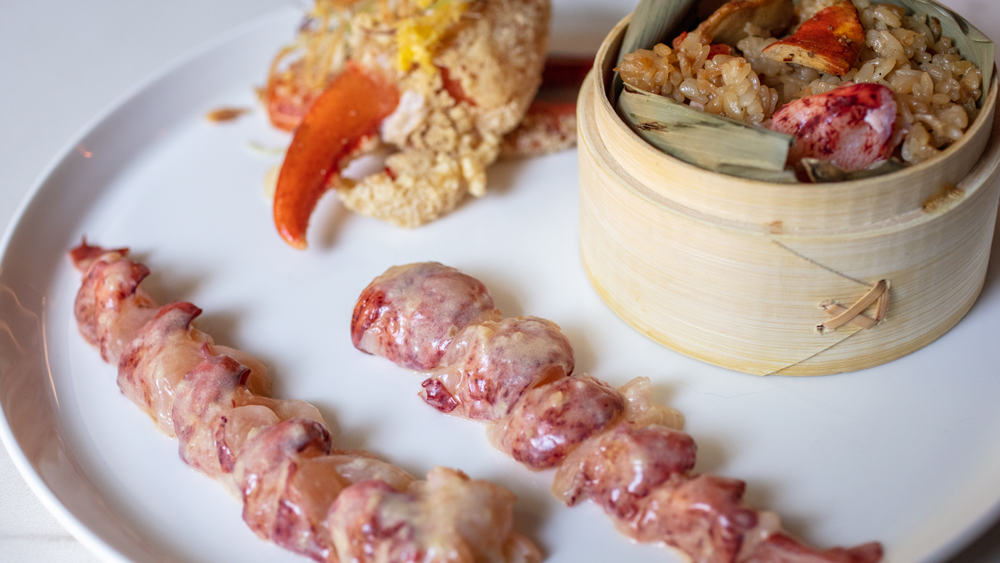 Rarely does a restaurant open with a concept that no one’s seen before, with a menu that combines incongruous flavors that no one had ever considered. But the owners of Red Paper Clip in New York’s West Village think they may have done just that.

“I don’t think there’s another restaurant that’s doing this type of cuisine,” said co-owner and co-executive chef Kevin Chen. “I mean, I don’t even know how to explain it.”

Red Paper Clip, which opened last week, is the first project from Chen and co-owner and co-executive chef Tashi Gyamtso, who met while working at Blue Hill at Stone Barns in Tarrytown, N.Y. For their 24-seat restaurant, they melded the fine-dining techniques they learned from acclaimed restaurateur Dan Barber with the flavors they grew up on: Chinese and Himalayan.

They didn’t promote the opening, instead opting for a whisper of a launch. But when word got out after their first day, they were overwhelmed by the response. “We’re fully booked up and under-staffed,” Chen said. “Me and Tashi have been at the restaurant every day since it opened for 20 hours a day, going 200 percent.”

The food is fusion, but not in the sesame-chicken-lollipop sense. They make a beef carpaccio Sichuan-style, topping the paper-thin slices of charcuterie with chili oil, puffy tendons, coriander and pickled celery. And they roll xiaolongbao agnolotti, filling the pasta like a soup dumpling with pork and truffles. And they serve raw oysters with yuzu kosho mignonette; yuzu kosho is a Japanese condiment made from fermented chilis, salt and the citrus fruit yuzu.

“We’re using a lot of Sichuan flavors and we’re also incorporating a lot of off-cuts and what’s traditionally not a pleasant texture to Western customers, like chewiness and tendons,” Chen said. “I think people have a stigma toward Chinese food and how it cannot be elevated. And the Chinese restaurants that are famous and popular are not run by Chinese chefs.”

Chen is Taiwanese, but came from a Chinese background. He grew up in Queens working at his family’s bakery and went on to lauded establishments including Soho House and Grant Achatz’s Alinea before landing at Blue Hill, where he met Gyamtso. Gyamtso was born in the Himalayas to a farming family and moved to the U.S. when he was 18. He worked his way up at restaurants like The Dutch and later Blue Hill.

“Himalayans are not very well known for their cuisine. Because of the altitude, not a lot of vegetables grow there,” Gyamtso said. “The region of Tibet I grew up is very close to the Sichuan province, so the cuisine there is very influenced by Sichuan cuisine.”

Tibetans eat a lot of barley and yak meat and dairy, including milk, cheese, yogurt and butter. Gyamtso has not yet added yak to the Red Paper Clip menu primarily because it’s hard to source in the U.S. and the chefs prefer seasonal, local ingredients—another key takeaway from their time at Blue Hill.

“[Yak] is going to be a future project,” Gyamtso said. “I hope I’ll be able to put some signature Tibetan flavors like butter tea or momos [steamed dumplings] on the menu first.”

Red Paper Clip currently offers 12 dishes à la carte, but will transition to a full tasting menu by the fall. According to Chen, it would be the first of its kind revolving around Chinese food. “We want our guests to familiarize themselves with this type of food and what we’re trying to do and with us as individuals before they invest in a three-hour dinner,” Chen said.